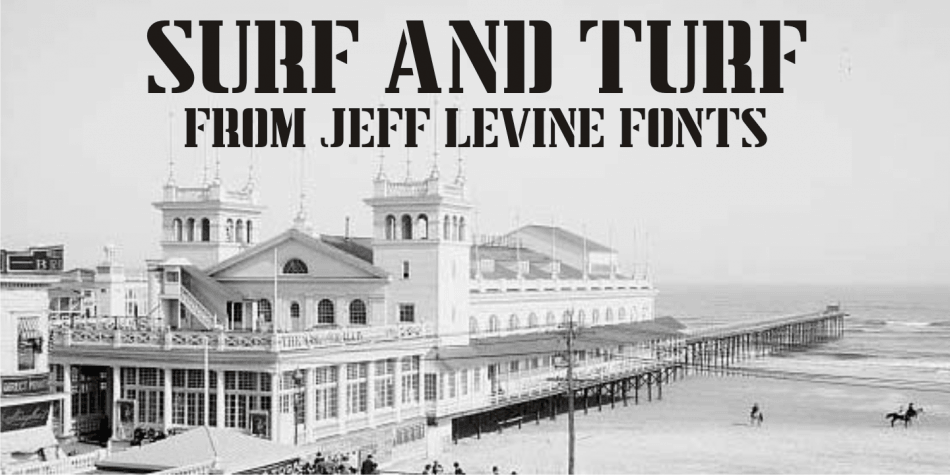 Surf and Turf JNL is a stencil font published by Jeff Levine Fonts.

Surf and Turf JNL was redrawn from hand-lettering on a souvenir folder for an event believed to be sponsored by Miami Beach’s exclusive Surf Club on March 19, 1938.

Entitled “Steeplechase Pier March 19 Surf Club Stroller”, it’s now lost to time whether the event recreated some of the fun and games of Atlantic City’s famed Steeplechase Pier at the Surf Club, or if this was a special event trip to the New Jersey venue.

It’s also highly possible that the Steeplechase Pier referred to in the title was the one at Coney Island.