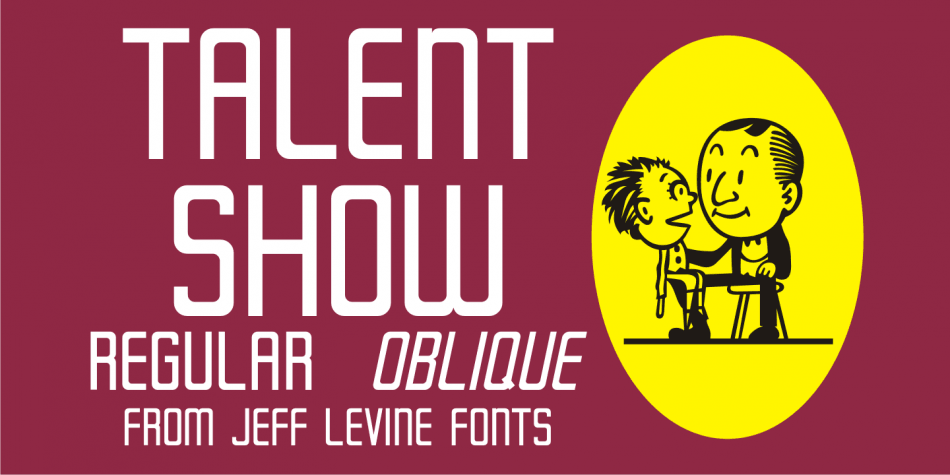 Talent Show JNL is a display sans font family. This typeface has two styles and was published by Jeff Levine Fonts.

A 1930s hand-lettered poster for the play ‘The Cradle Will Rock’, put on by the WPA (Works Progress Administration) Federal Theater Project is the source material for Talent Show JNL; available in both regular and oblique versions.

Originally, the R and L had fish hook bends, but those two letters were revised to be more traditional in structure.  The obvious Art Deco influence, along with what sign painters refer to as ‘stovepipe lettering’ (straight lines with curved [bent] corners) is a simple, clean approach to retro-influenced titling.