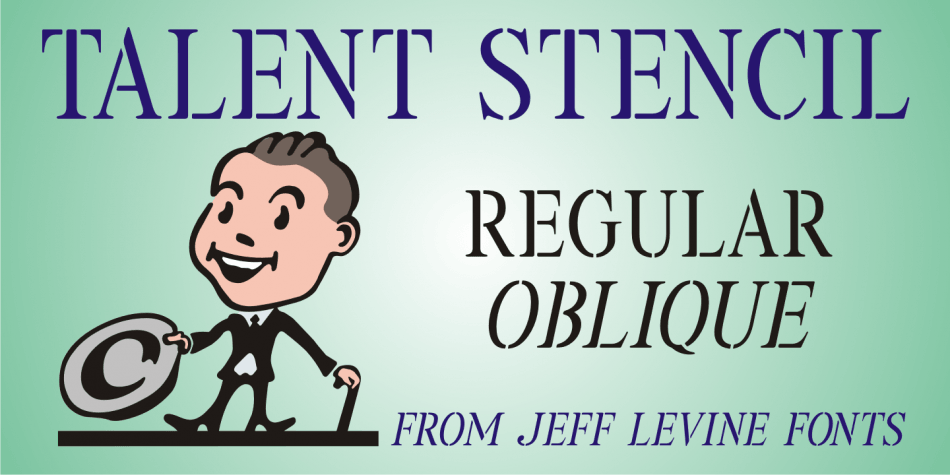 Stencils have played a number of roles over the years, from decorative patterns to military markings; from labeling shipping containers to a student’s school project.

One unusual application of a stencil alphabet was some metal letters spotted for sale at an online auction site.  These antique letters were used for promoting the current show on a theater marquee just as plastic ones are used nowadays.

Following the auction images as a guide, the Roman stencil font from those marquee letters is now preserved digitally as Talent Stencil JNL; which is available in both regular and oblique versions.