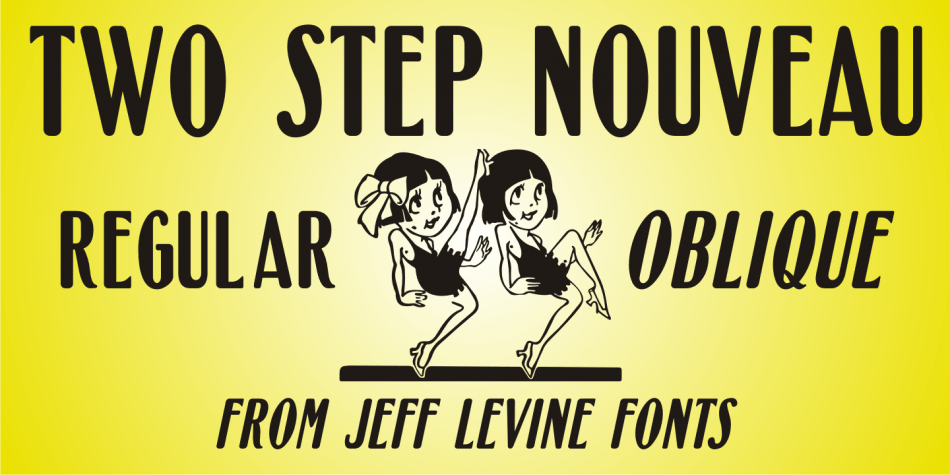 Two Step Nouveau JNL is a display sans and art nouveau font family. This typeface has two styles and was published by Jeff Levine Fonts.

Popular music of the early 1900s included a genre called two step; round dances utilizing a sliding step with a tempo in either march or polka time.

1911’s “Daughters of the American Revolution” was one such march/two step.  The cover of the sheet music had the title hand lettered in a slightly rounded sans serif type design in the Art Nouveau style popular during that era.

It is now available as Two Step Nouveau JNL, in both regular and oblique versions.