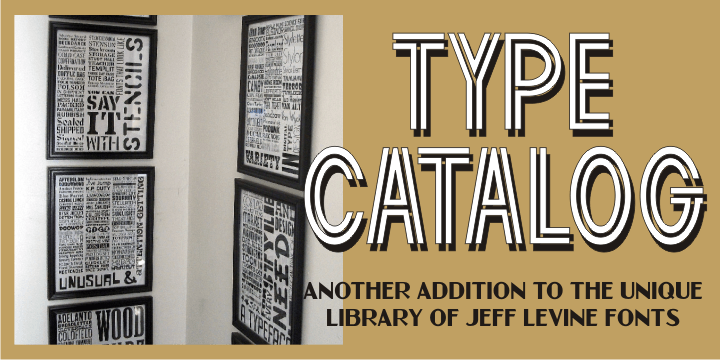 Type Catalog JNL was originally a design drawn by Jeff Levine around 2006, but given to Jeff’s friend and fellow designer Ray Larabie (Typodermic and Larabie Fonts) to work on as a future release.

Ray never did anything with this inline sans, so he was happy to let Jeff once again take over the project. Re-drawing all of the initial characters and completing an extended character set, Type Catalog JNL has a distinctively retro look for many applications.