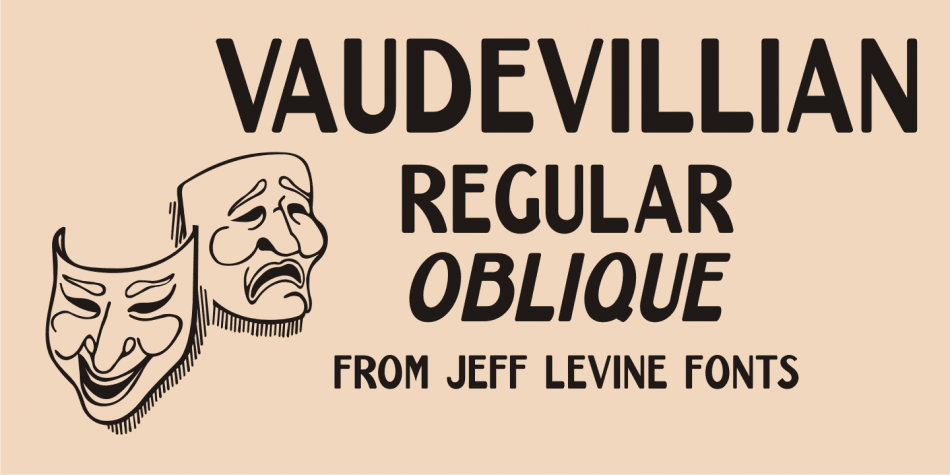 The place for a family to be entertained by comedians, dancers, acrobats, animal acts, singers and just about any other acts that fit the bill at the time was the vaudeville theater.

Prior to radio becoming the major source of entertainment for the American public, popular songs were introduced on the stages of these entertainment venues.

One such song from 1916 with a World War I patriotic sentiment was “A Yankee Doodle Boy Is Good Enough for Me”.  The sheet music featured the title hand lettered in Art Nouveau style.

This became the design source for Vaudevillian JNL, available in both regular and oblique versions.