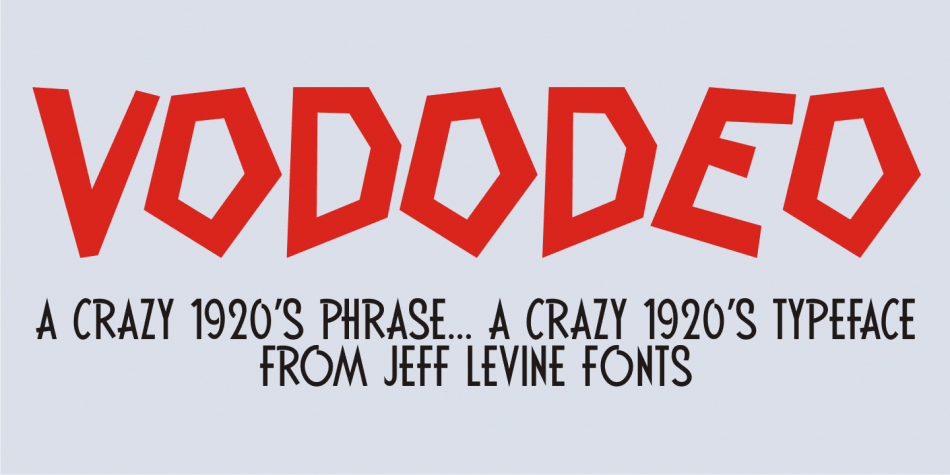 Vododeo JNL is directly named for the free-form sheet music title lettering from Jack Yellen and Milton Ager’s “Vo-Do-De-O”.  The term itself was a catchphrase made popular during the era known as the “Roaring 20s”.
Yellen and Ager were responsible for such hits as “Ain’t She Sweet” (1927) and “Happy Days Are Here Again” (1930) along with countless others.  During his career, Jack Yellen provided lyrics to over 200 songs.
As a side note, Yellen was married to a distant cousin of type designer Jeff Levine’s late mother.