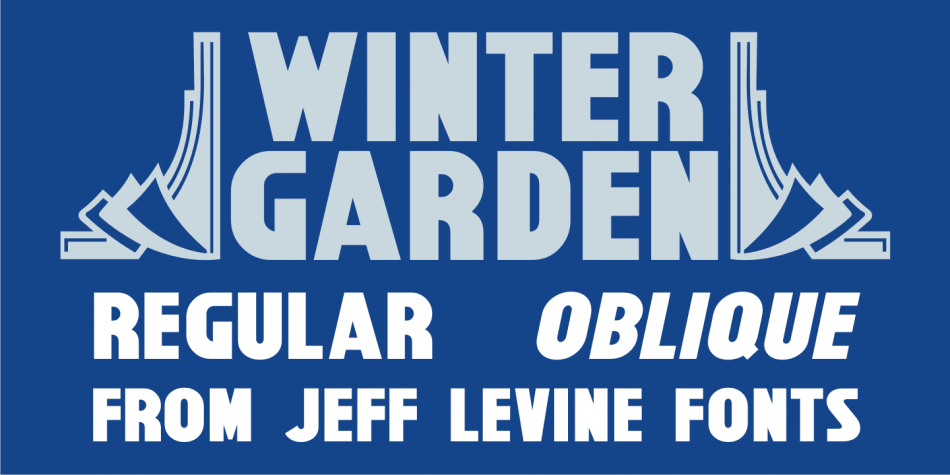 Winter Garden JNL is a display sans font family. This typeface has two styles and was published by Jeff Levine Fonts.

Winter Garden JNL was modeled from the eccentric sans serif hand lettering with varying line widths found on the sheet music of 1917’s “When the Girl You’d Give the World to Win Gives Her Heart to You”.  (It seems that sheet music from the early 1900s often had song titles that were more than just a few choice words.  This particular ditty’s title took up fourteen words to make its point.)

The font is available in regular and oblique versions and gets its name from both the famed theater in New York and the city located 14 miles West of downtown Orlando, Florida.