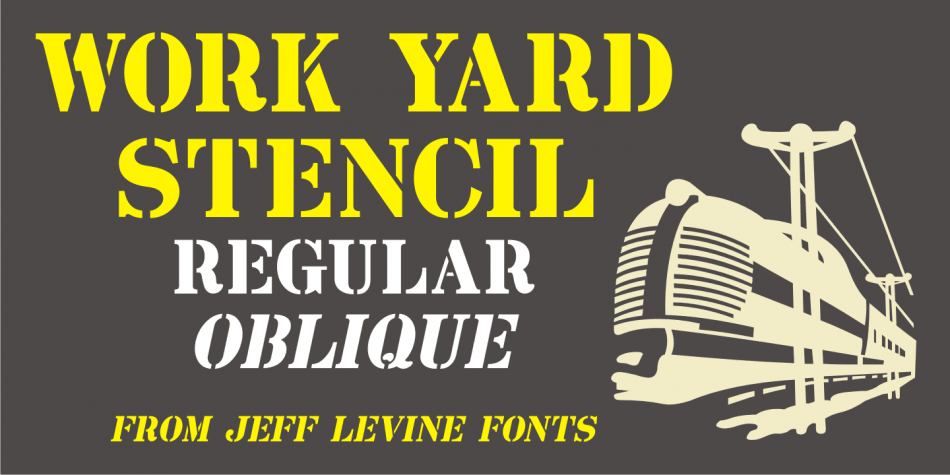 The image of a set of vintage French tin stencils spotted online was the starting point in designing Work Yard Stencil JNL.

A more traditional ‘B’ and ‘R’ replaces the original characters (which looked kind of awkward due to extra ‘stencil breaks’ within the letters).  However, there are a few interesting variants in other characters to set the design apart from similar stencil fonts.

Work Yard Stencil JNL is available in both regular and oblique versions.