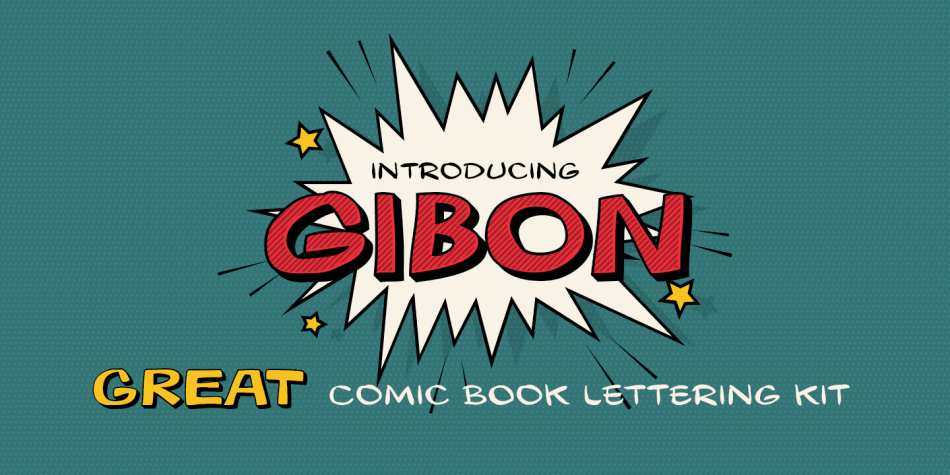 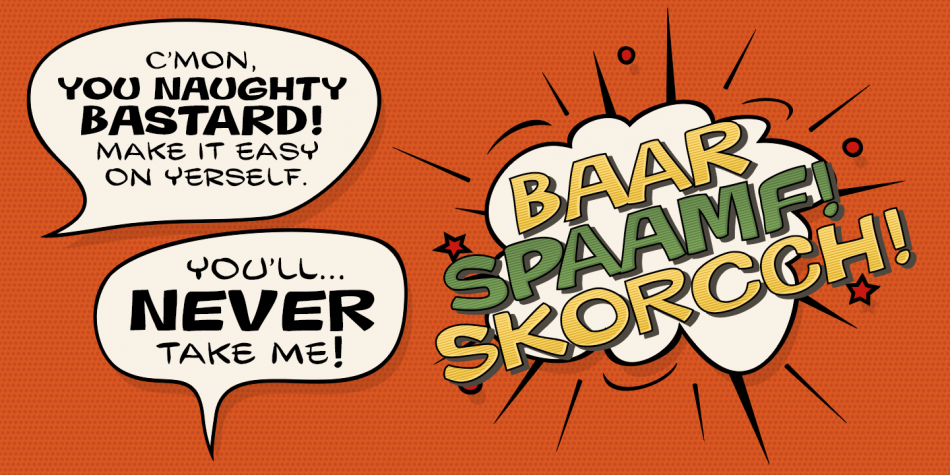 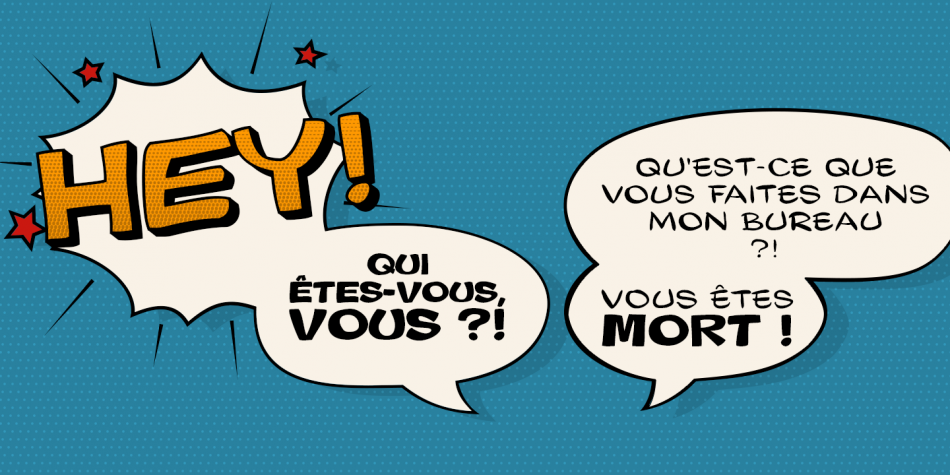 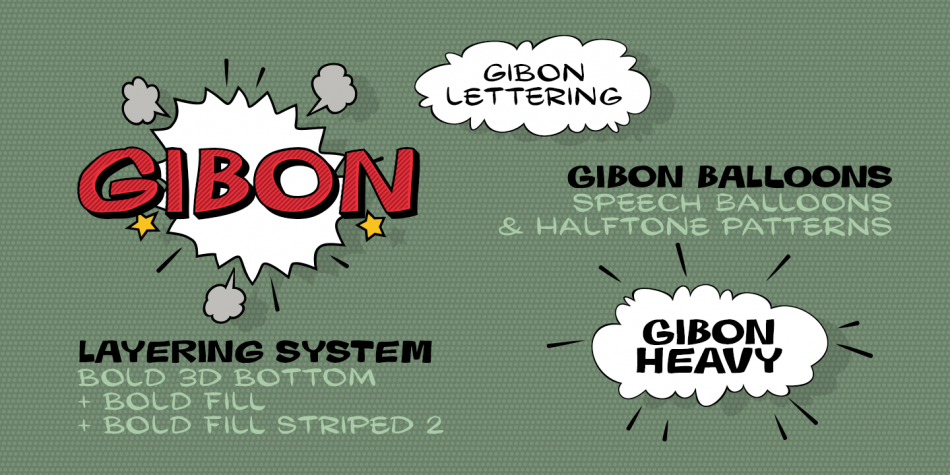 Gibon draws inspiration from the fascinating comic book univers inhabited not only by many legendary superheroes, monsters and superbadass antiheroes, but also by its own legendary typefaces.

Every cartoonist and hand letterer needs a pencil, a T-square and on and on. For digital lettering Gibon is an option. This handy toolkit helps you easily letter your comic strips, but even if you have nothing to do with cartooning, this bundle can simply add some comic book feel to your design or make some noise with layered sound effects.

The basic font for speech balloon inking is Gibon Lettering, while Gibon Bold and Heavy let you emphasize certain text. Gibon Bold is further developed as a multilayer type where different styles are designed to be overlaid on top of each other, letting you work with built-in shadows, 3D effects and outlines to create striking SFX.

The OpenType contextual alternate feature is set to automatically apply the random effect using two sets of glyphs. Comics are lettered in all caps and so is Gibon. To easily access alternate characters they are encoded as lowercase letters.