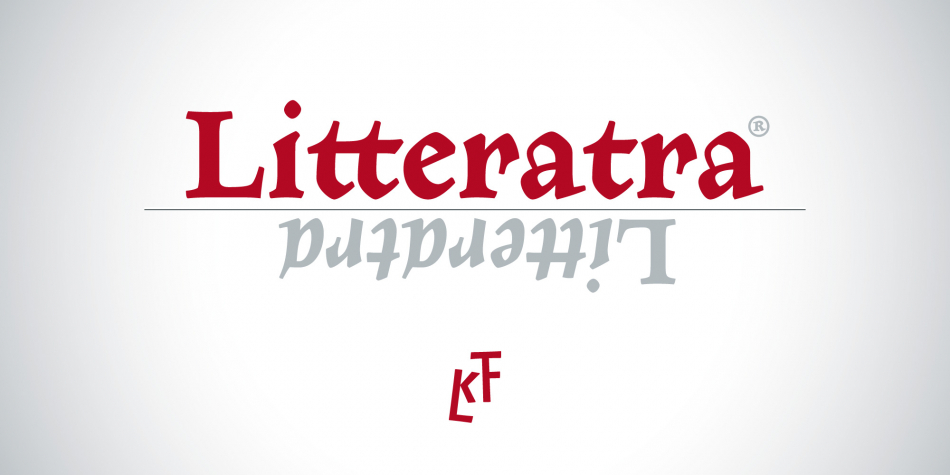 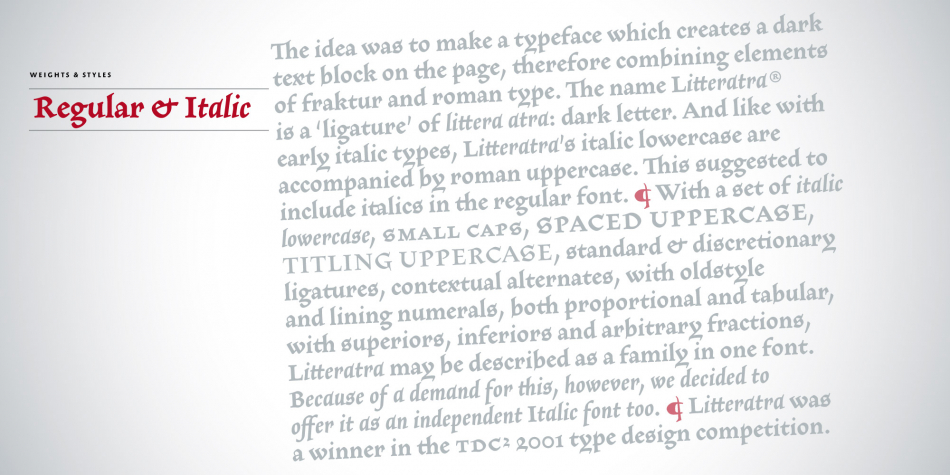 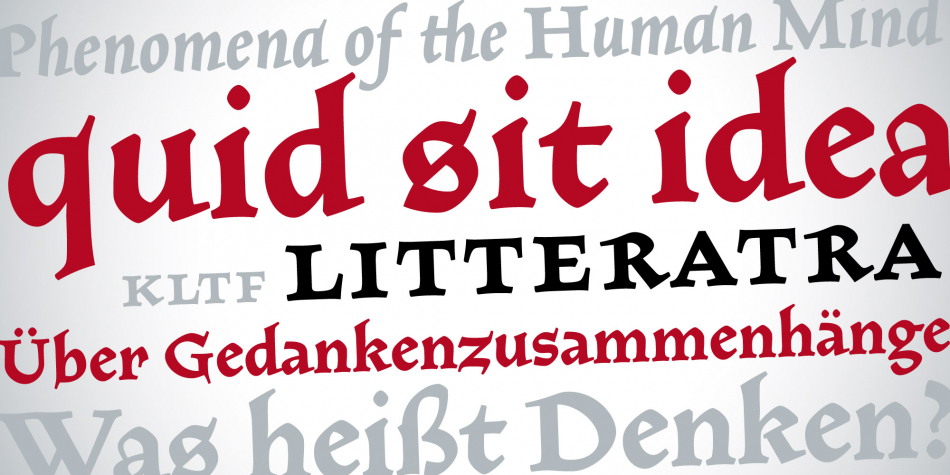 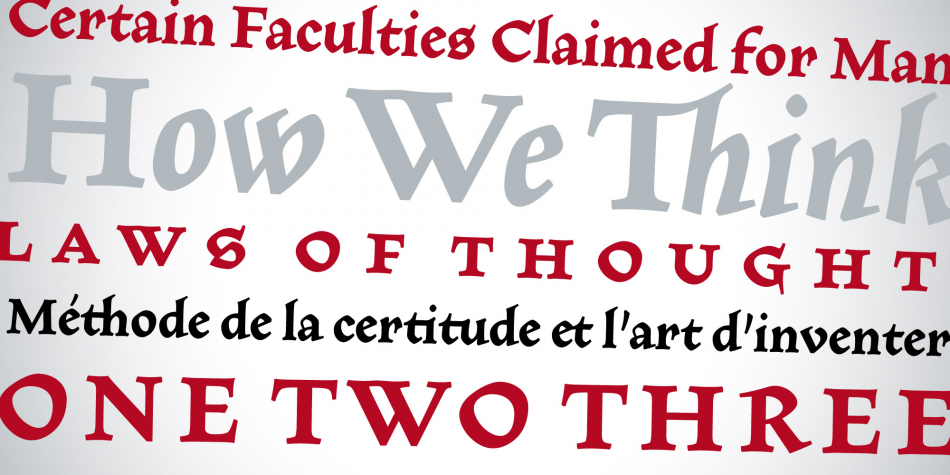 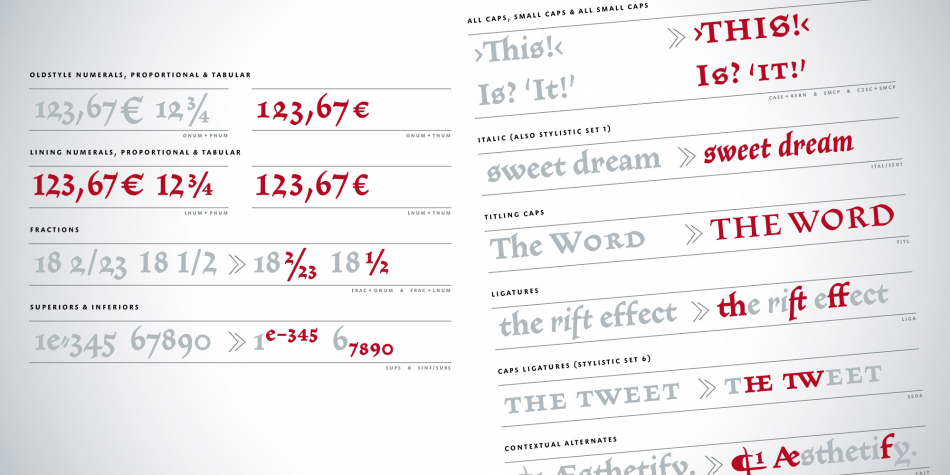 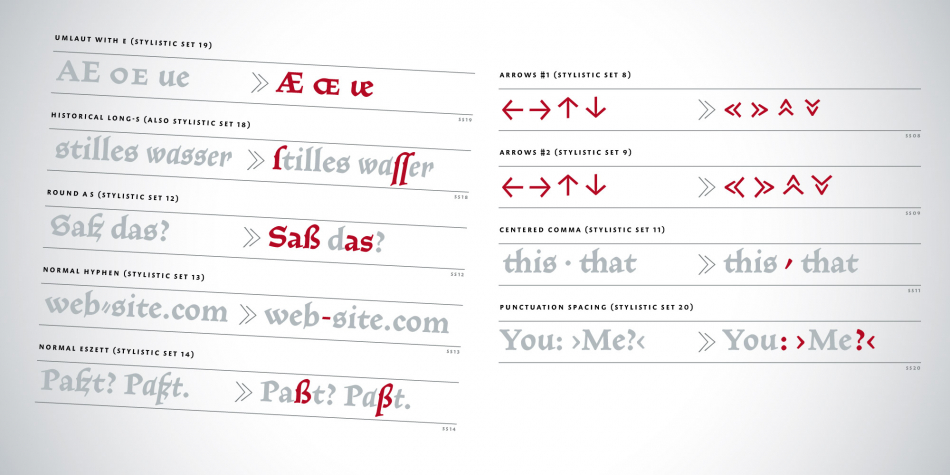 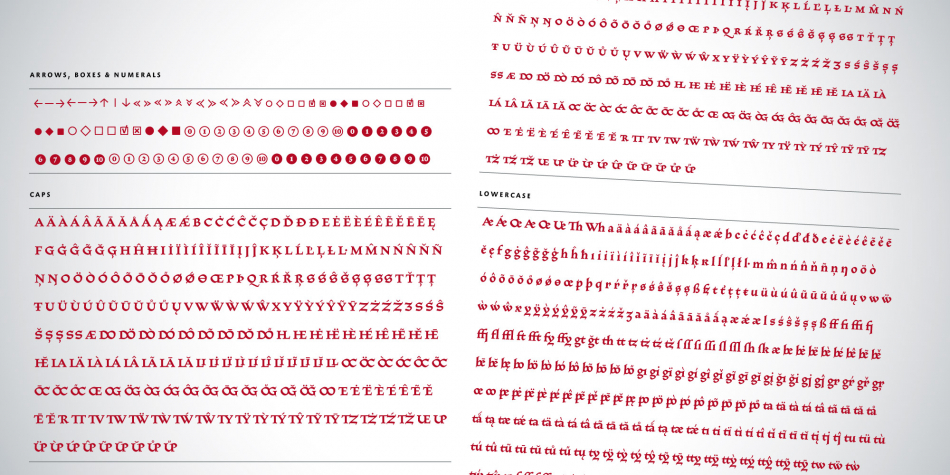 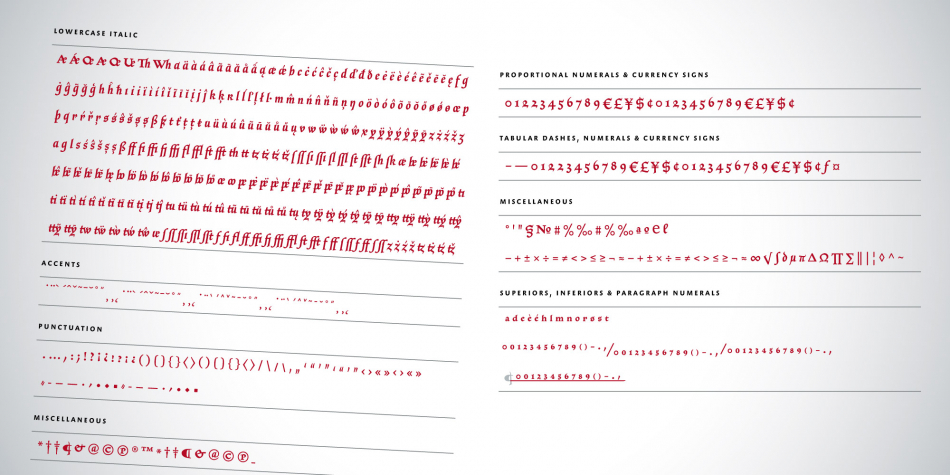 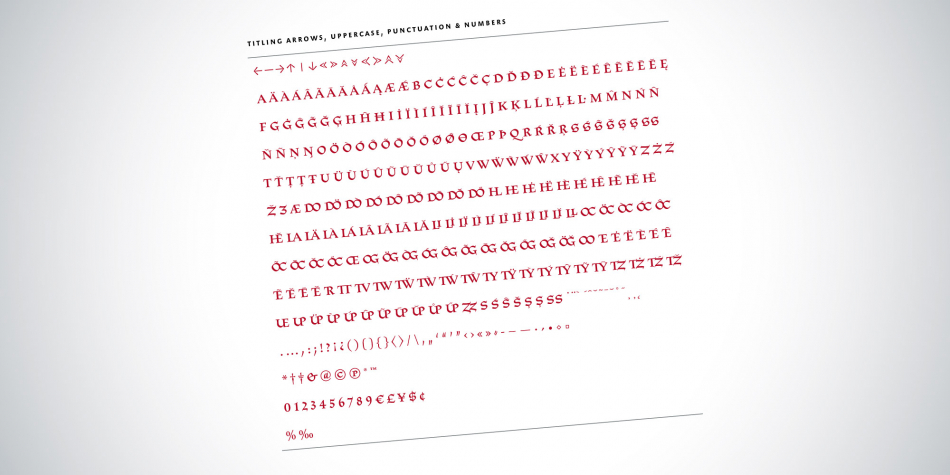 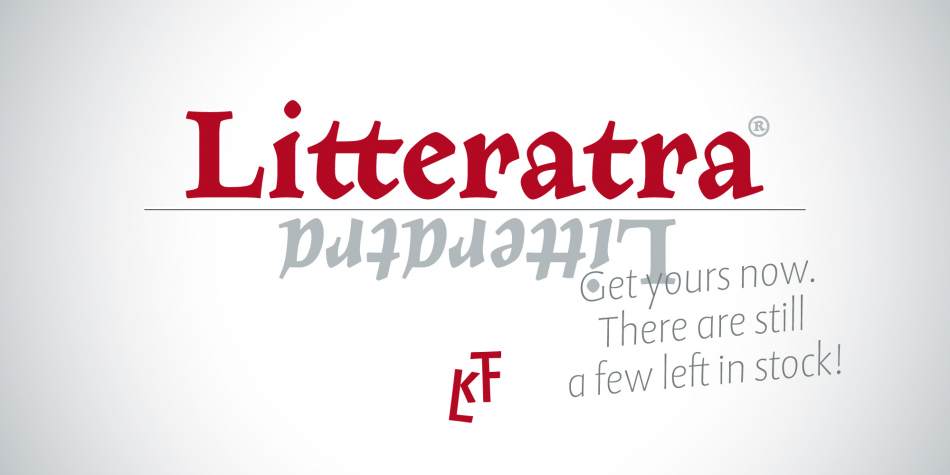 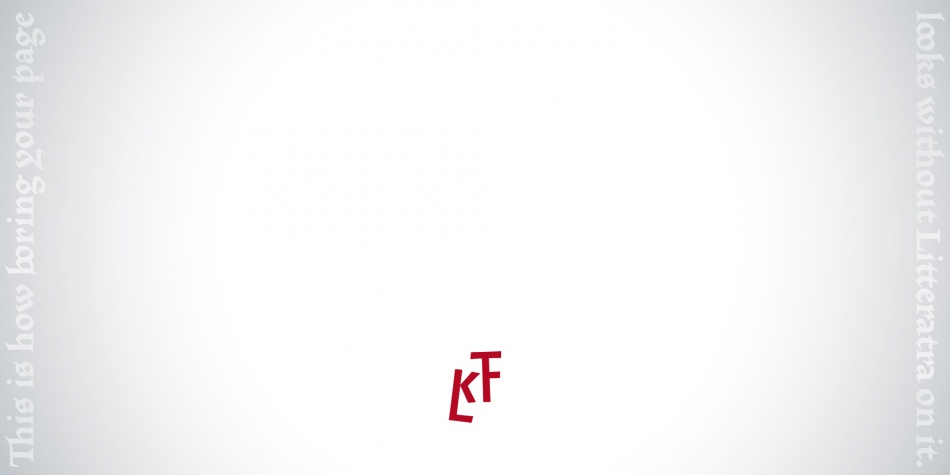 Designed by Karsten Luecke, Litteratra is a blackletter, display serif and historical font family. This typeface has two styles and was published by KLTF.

A two font family. This contains every font in the Litteratra Family. 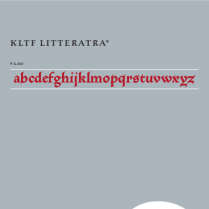 The idea was to make a typeface which creates a dark text block on the page, therefore combining elements of fraktur and roman type. The name Litteratra® is a ‘ligature’ of littera atra – dark letter. And like with early italic types, Litteratra’s italic lowercase are accompanied by roman uppercase. This suggested to include italics in the regular font.

With a set of italic lowercase, small caps, spaced uppercase, titling uppercase, with standard and discretionary ligatures, contextual alternates, with oldstyle and lining numerals, both proportional and tabular, with superiors, inferiors and arbitrary fractions, Litteratra may be described as a family in one font. Because of a demand for this, however, we decided to offer an independent Italic font too.

Litteratra was a winner in the TDC2 2001 type design competition.