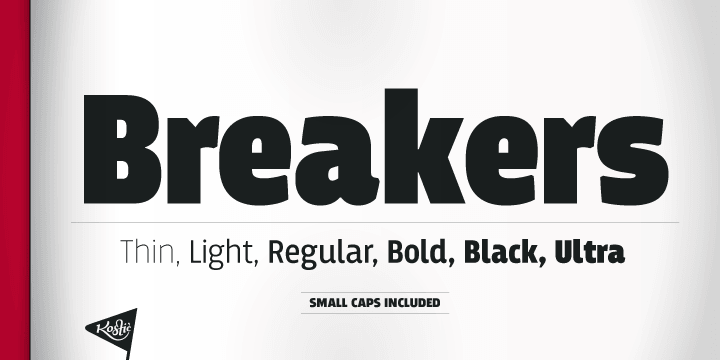 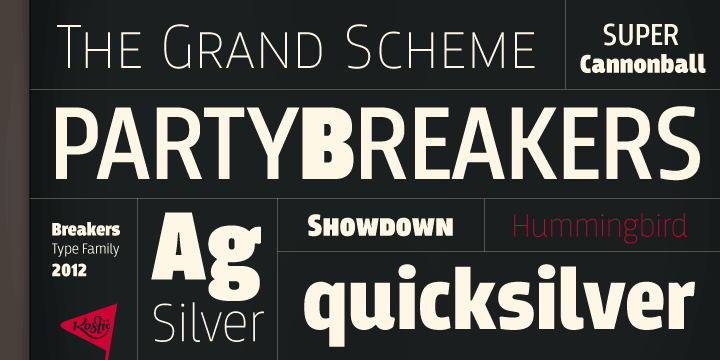 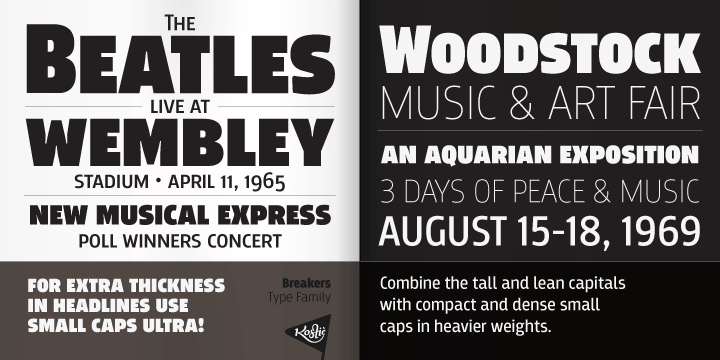 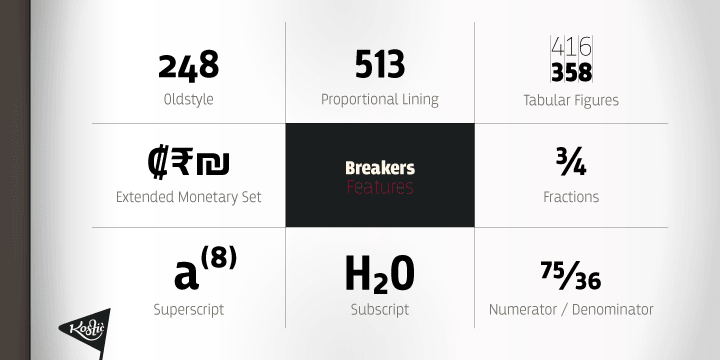 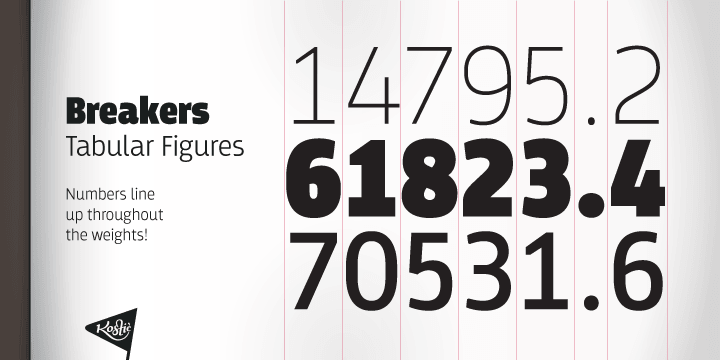 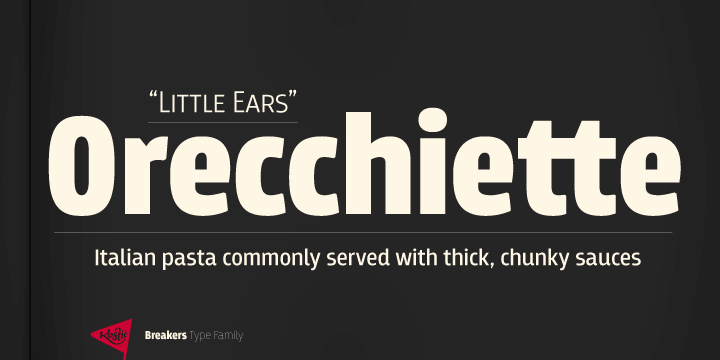 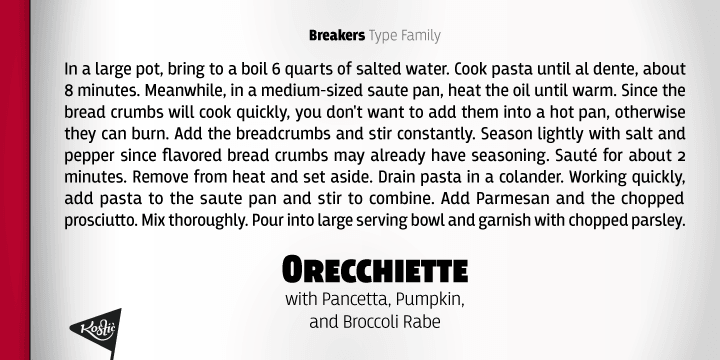 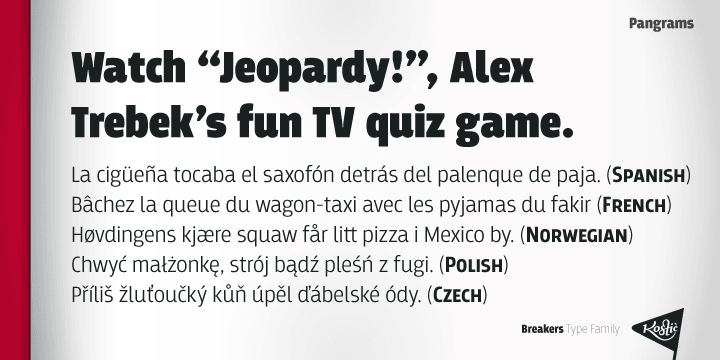 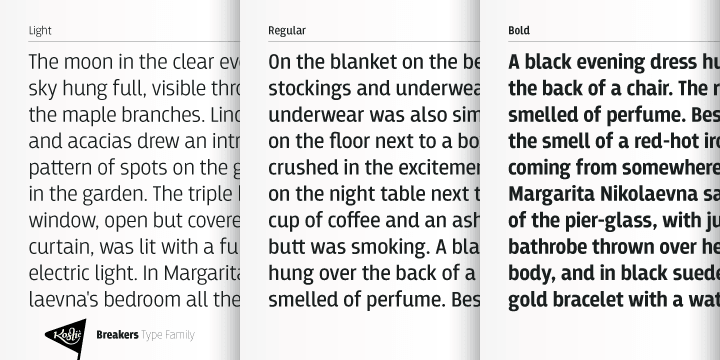 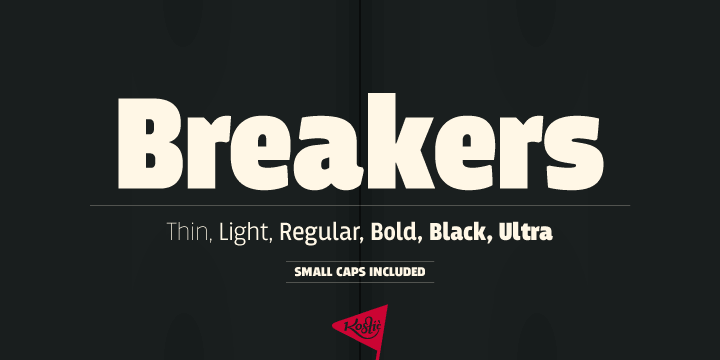 Breakers is a sans serif font family. This typeface has six styles and was published by Kostic Type Foundry.

Beakers is a sans serif originally conceived to be a display typeface. Works well in text also, but the diversity in weights is its strong point. It is easy to achieve that high contrast using thin against the ultra weight, but setting tall and lean capitals against the compact and heavy small caps can make really diverse compositions for all kinds of display design. With small caps included, and over 600 glyphs in each weight, it should prove it self useful in finding the right combination for any typographic setting.