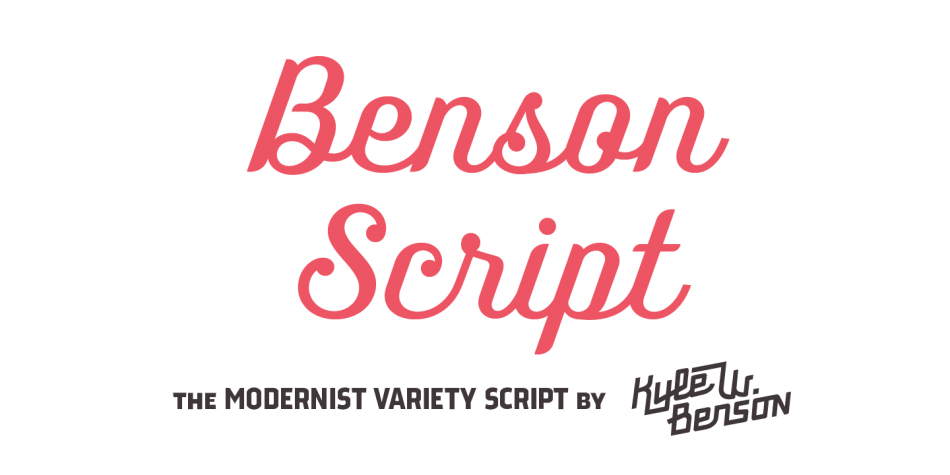 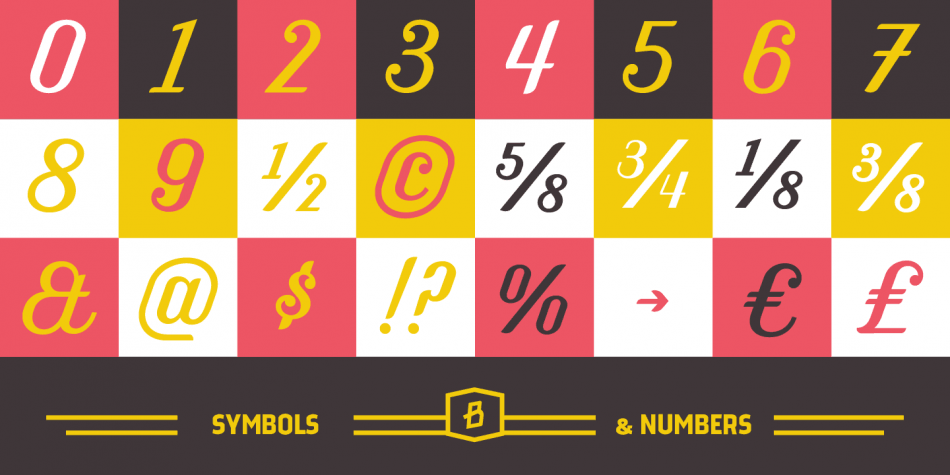 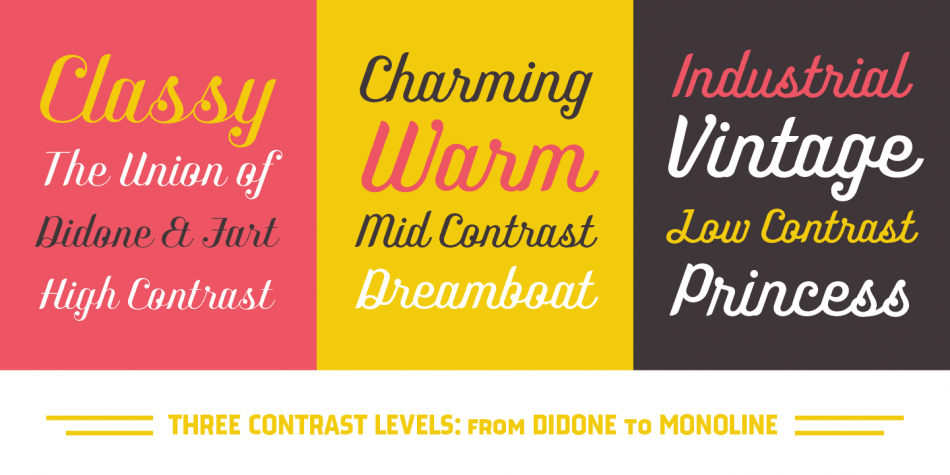 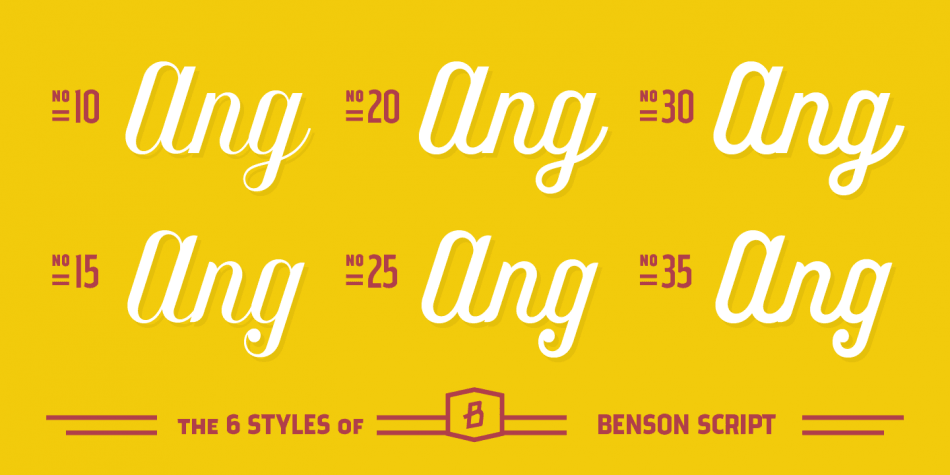 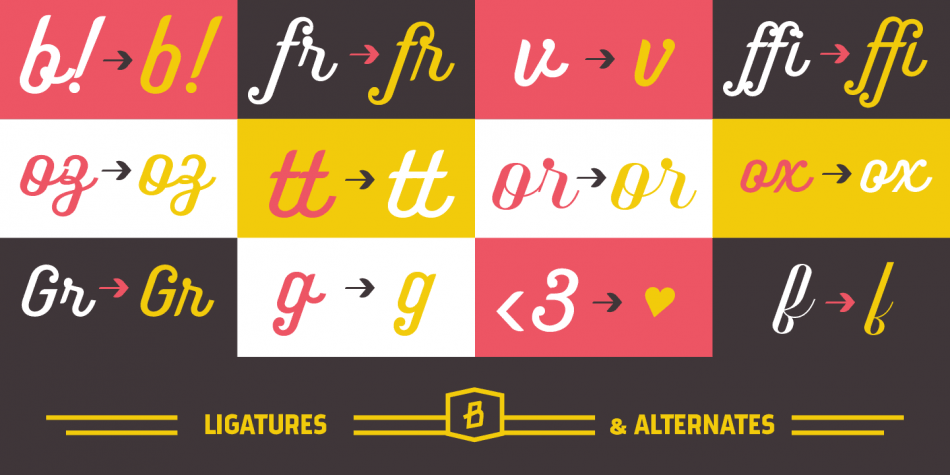 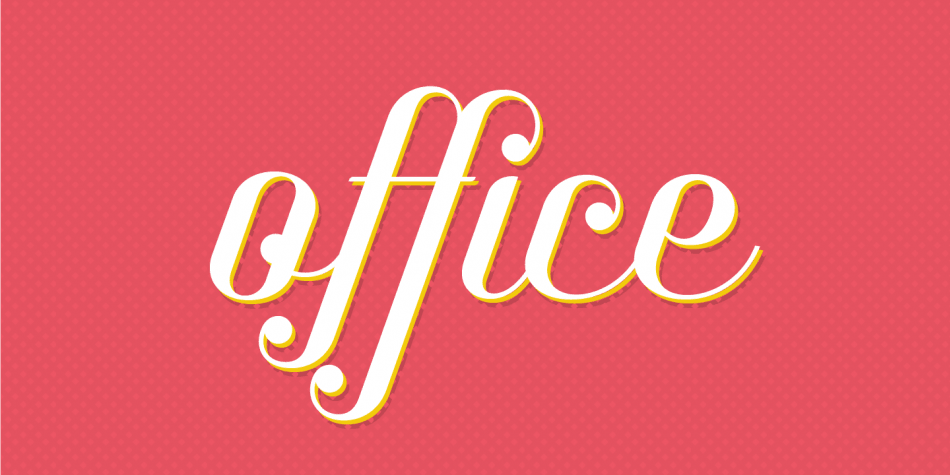 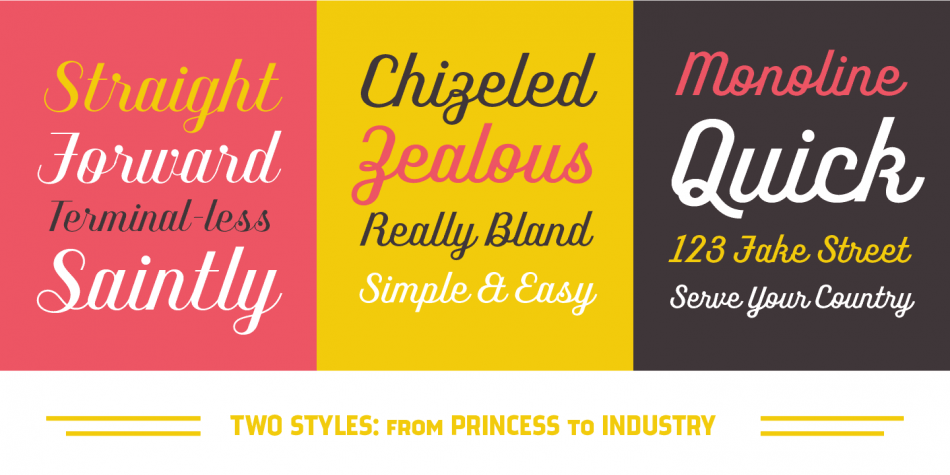 Benson Script is a script font family. This typeface has six styles and was published by Kyle Wayne Benson.

Benson Script is a script that is desperately trying to be anything but a script. With 3 contrast levels, and 2 styles, the six styles of Benson Script are an experiment in the diversity of a single stem width.

Modernism’s desire to fit all elements within geometric constraints and adhere to strong verticals has spread throughout type design, but has had little to do with the frills and ornaments of script. Cutting a script down to its bare bones has is an offensive idea to many—almost seeming insulting to its genre. Benson Script bridges that genre gap between frill and function. As a matter of genre Santa Barbara errs on the side of modernism, and adds flair as a last resort.

Read more about her open type features, and the development process here: http://fonts.kylewaynebenson.com/the-development-of-benson-script/