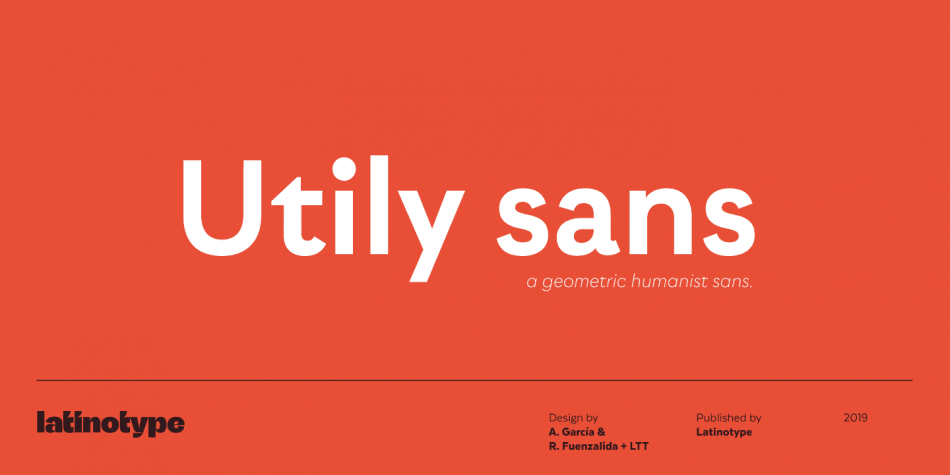 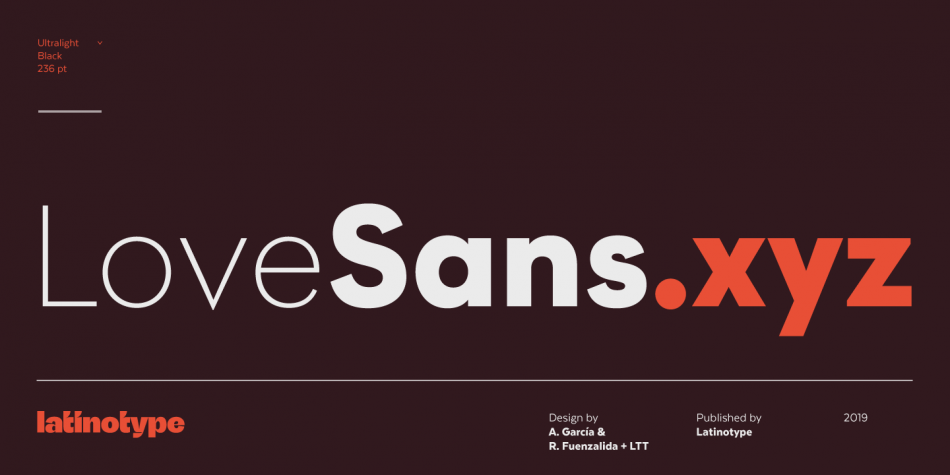 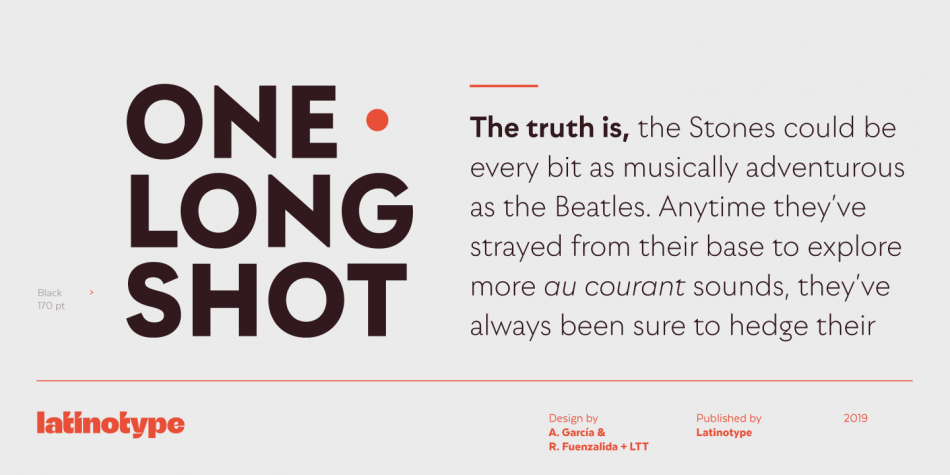 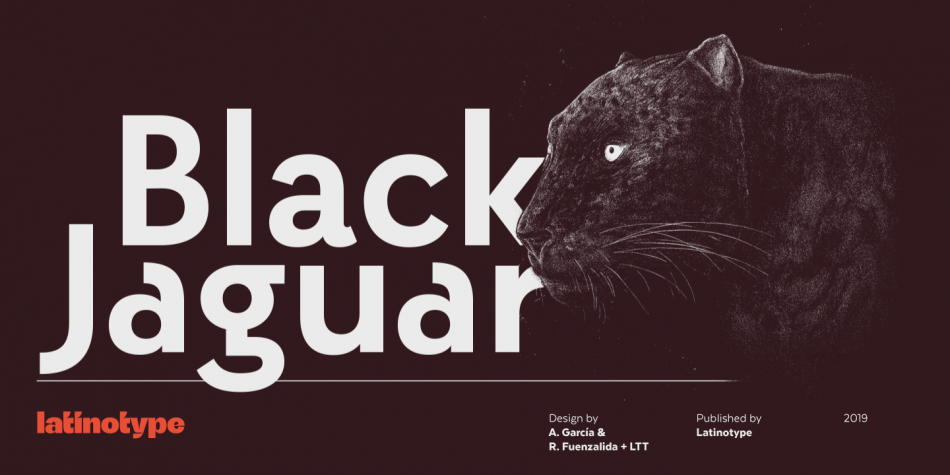 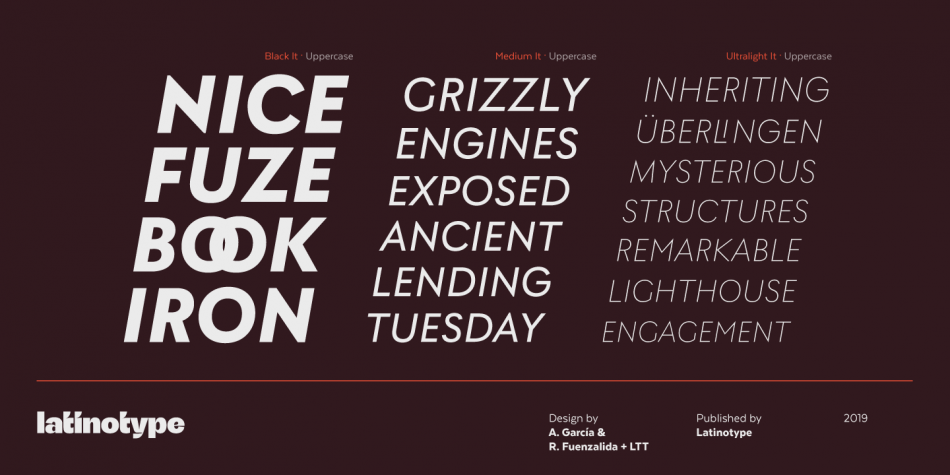 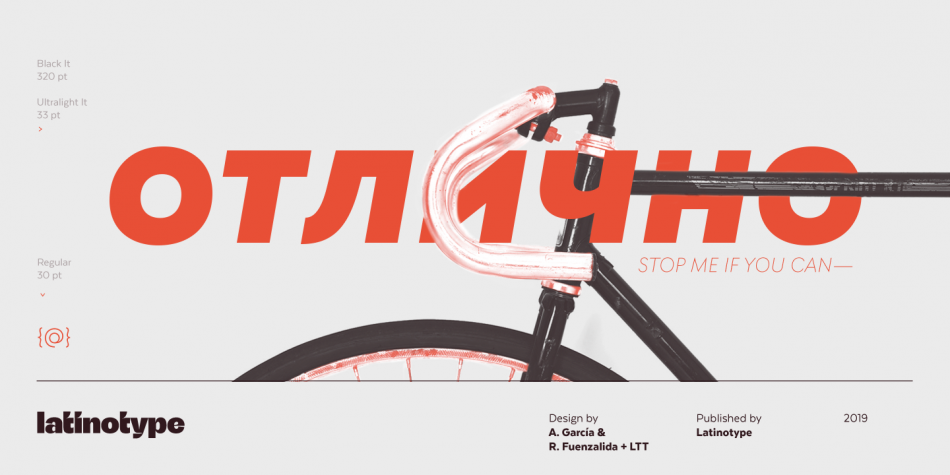 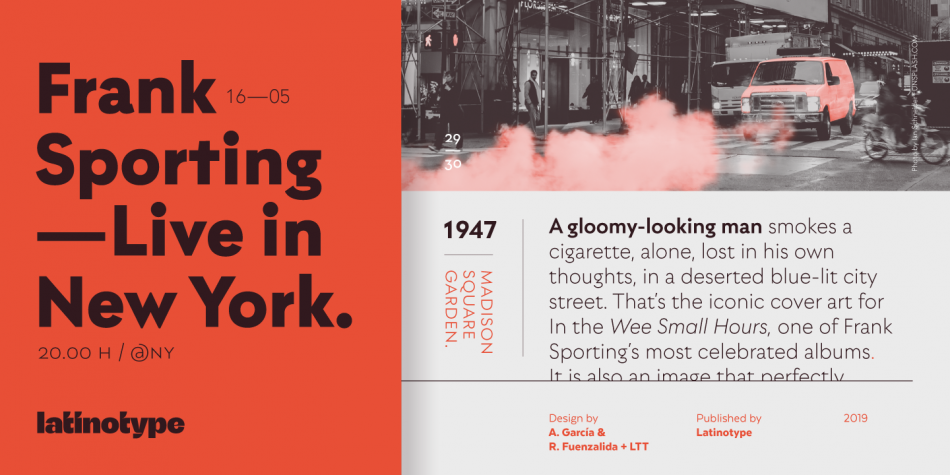 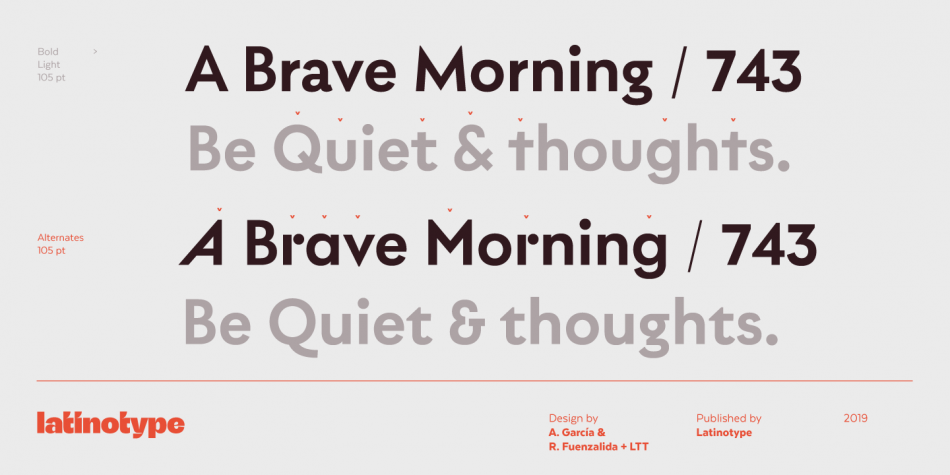 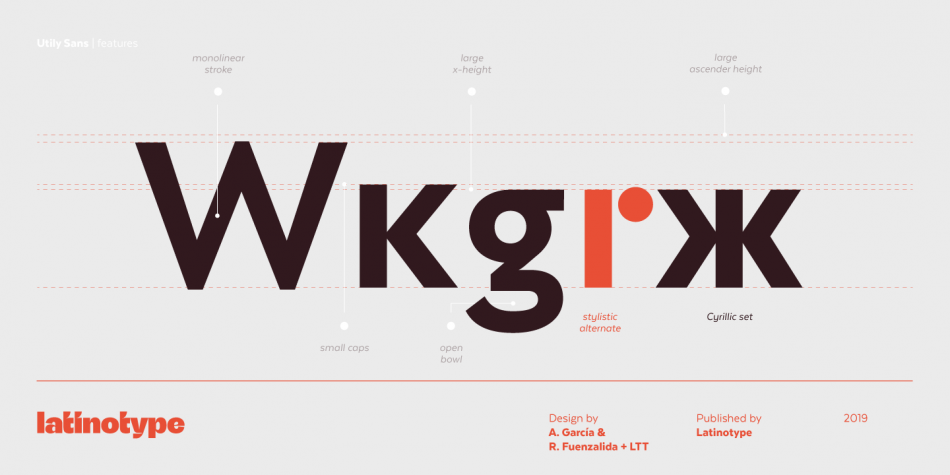 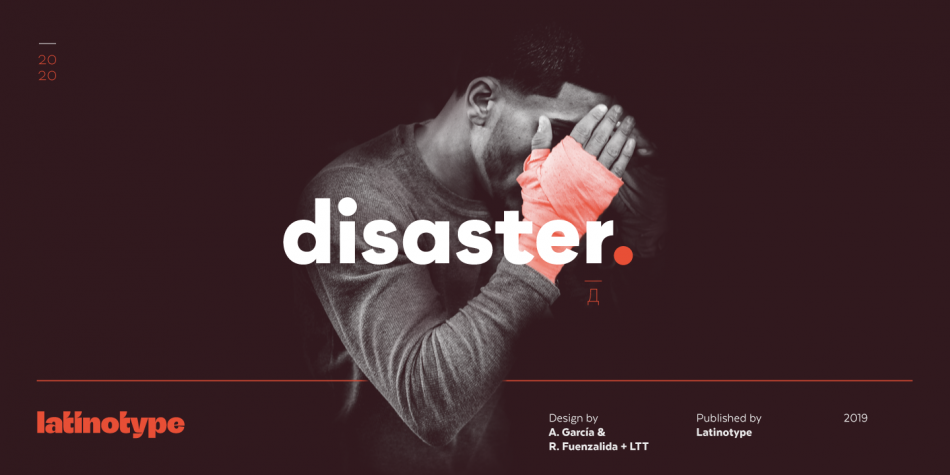 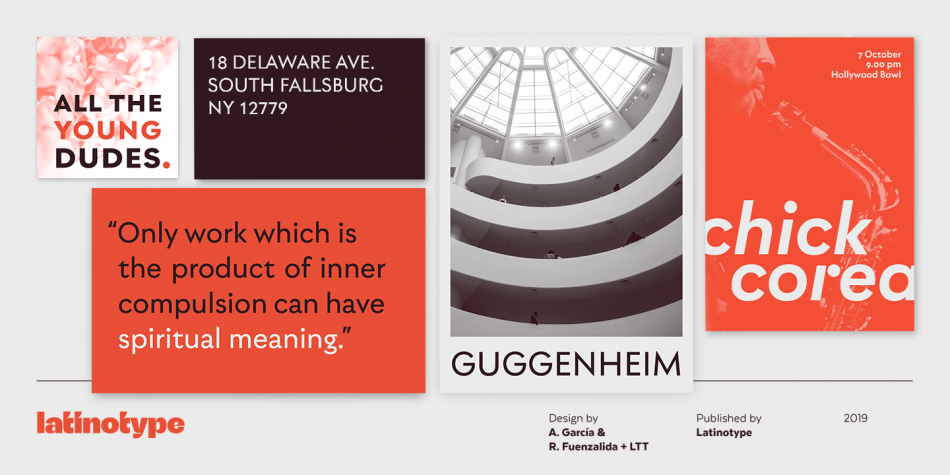 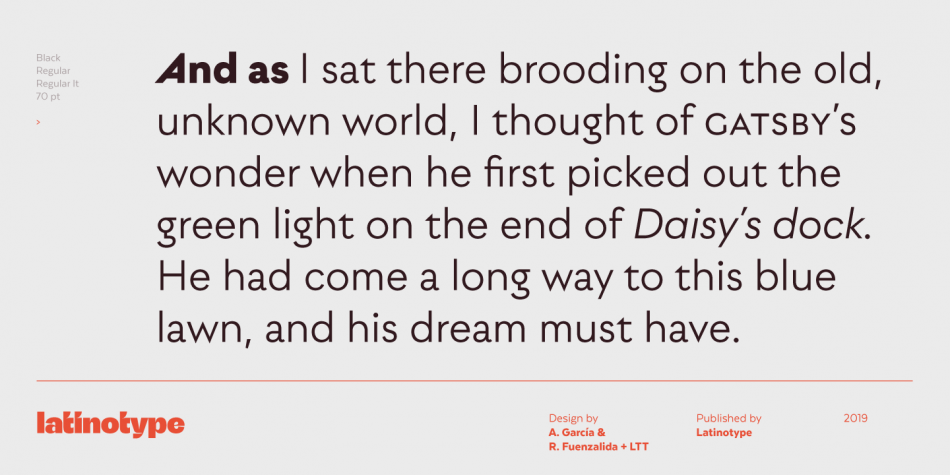 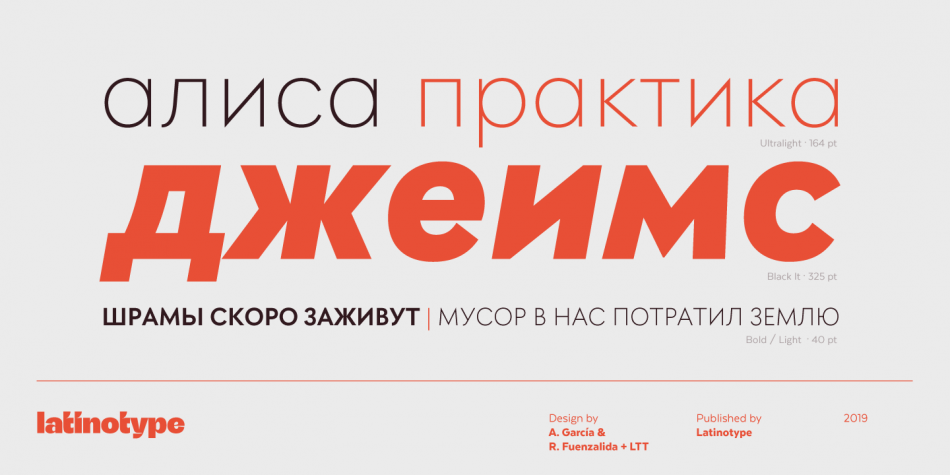 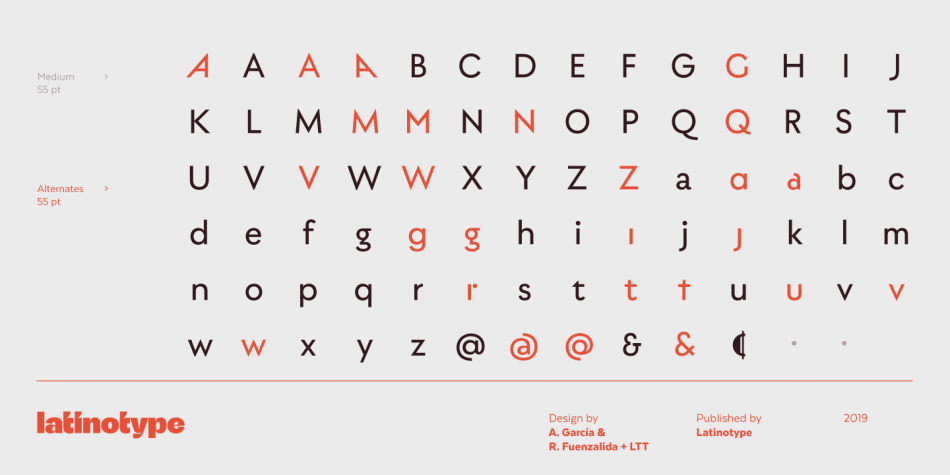 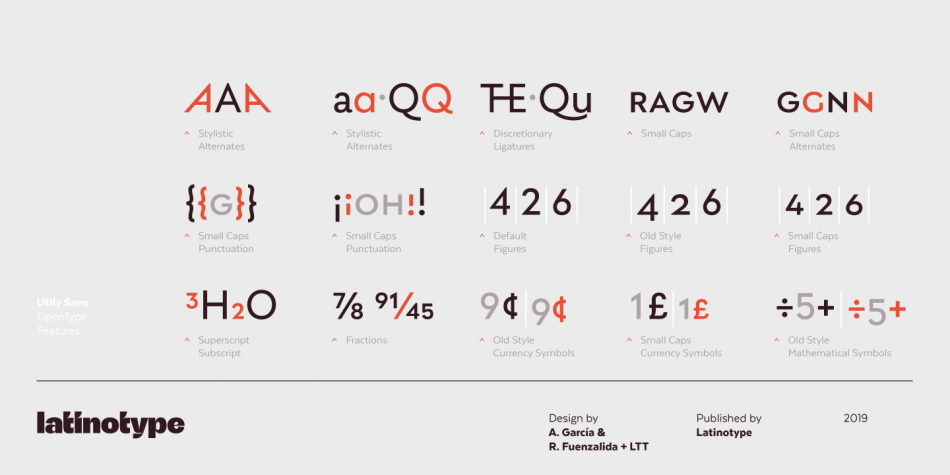 Designed by Latinotype Team, Rodrigo Fuenzalida and Alfonso García, Utily Sans is a sans serif font family. This typeface has twelve styles and was published by Latinotype.

Utily Sans emerges from the question- what would the world be like if Paul Renner had had greater inclination towards humanism rather than geometry?

Utily Sans glyph proportions and shapes make it suitable for long-form text. This typeface shows geometric simplicity with humanist shapes. It looks like Futura, but has a feel closer to Garamond.

Utily Sans is composed of 6 weights with their matching italics, an alternate character set that brings it back to its geometric origin, uppercase discretionary ligatures for expressive titles, as well as small caps, lining figures and old style numbers. These features make the font well-suited for large and small sized compositions, for short or long text.

Utily Sans is the first Latinotype font with Cyrillic support, additional to the usual support for over 200 Latin-based languages.