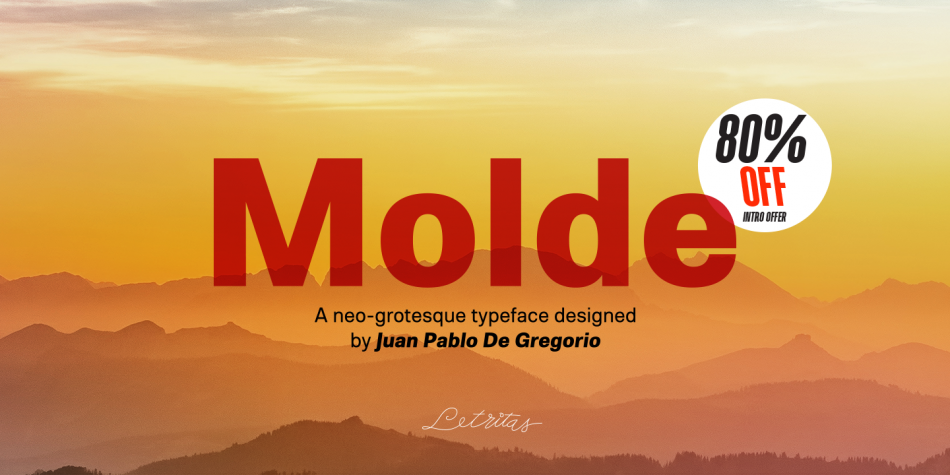 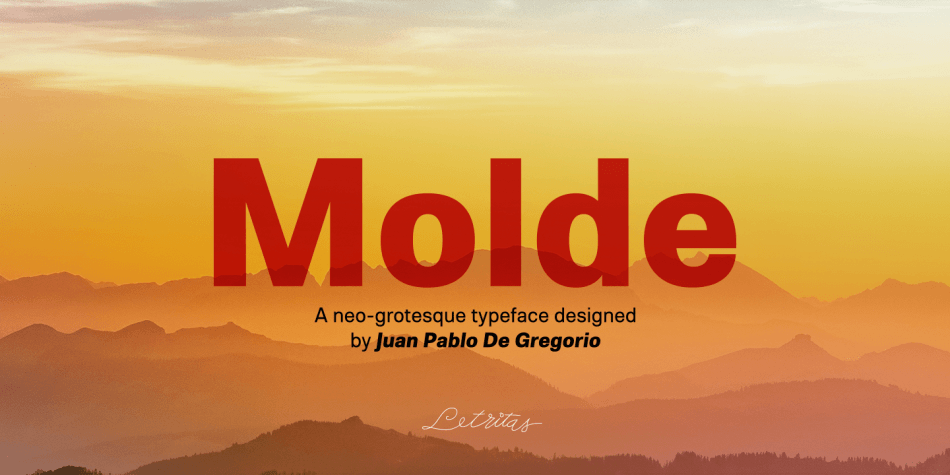 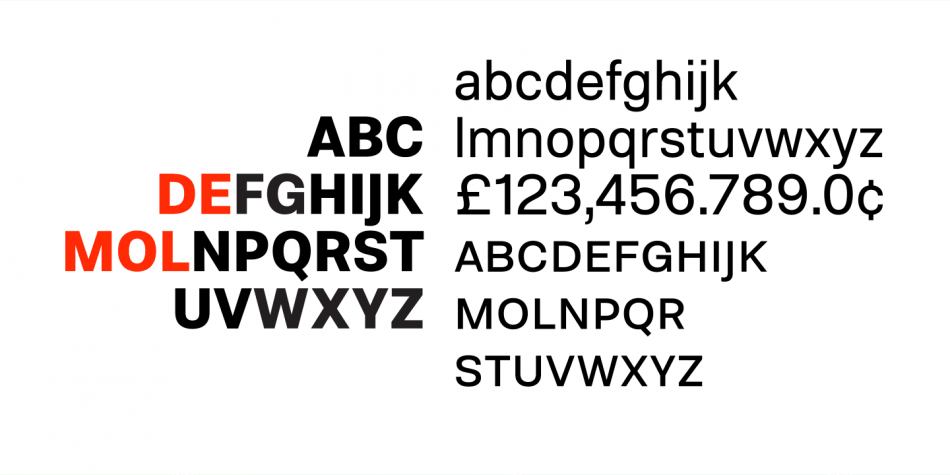 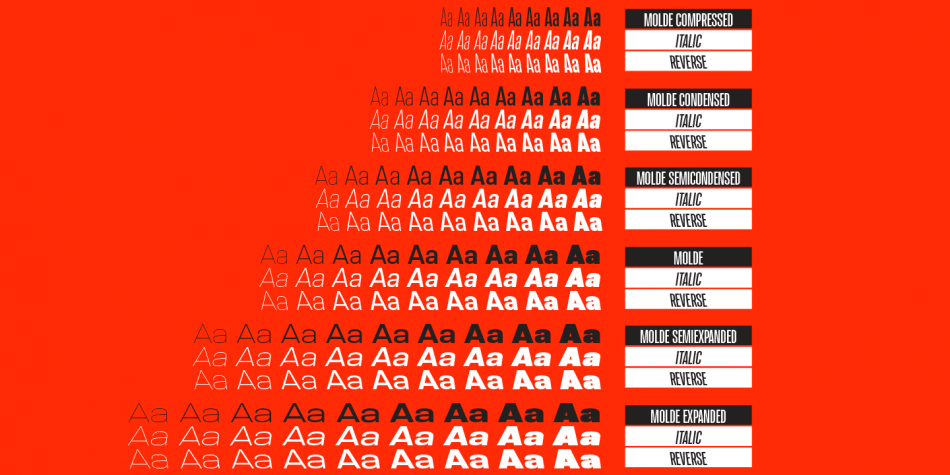 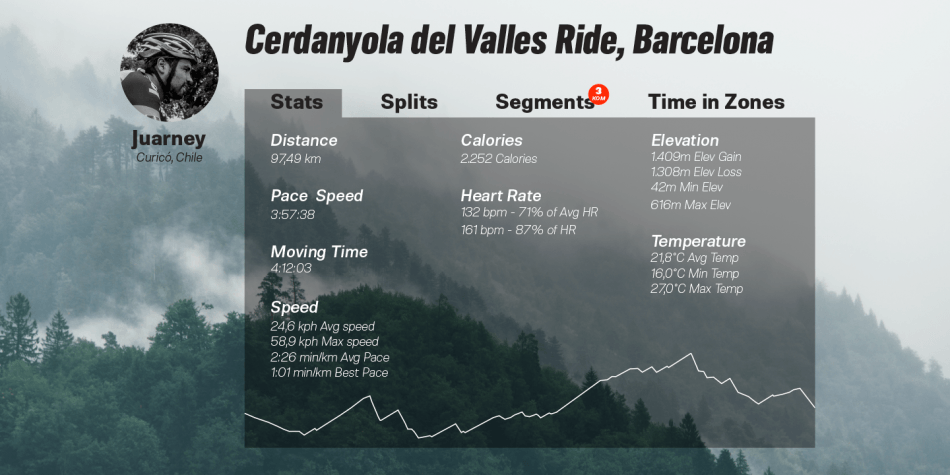 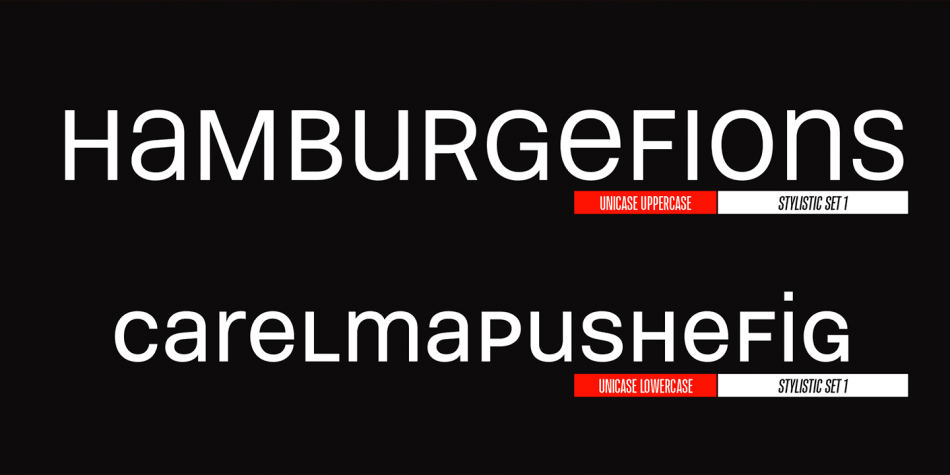 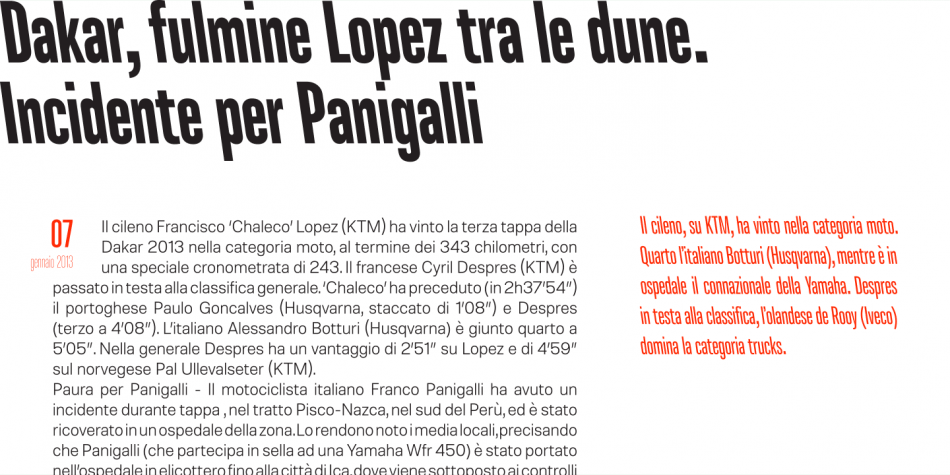 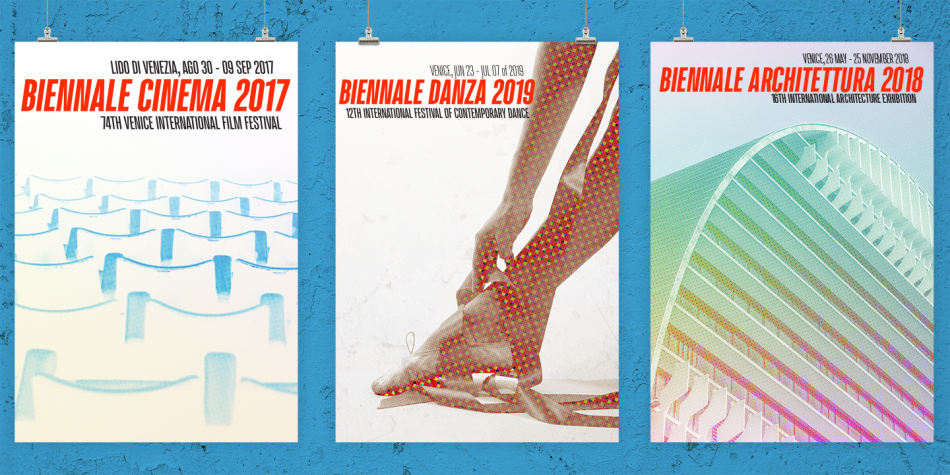 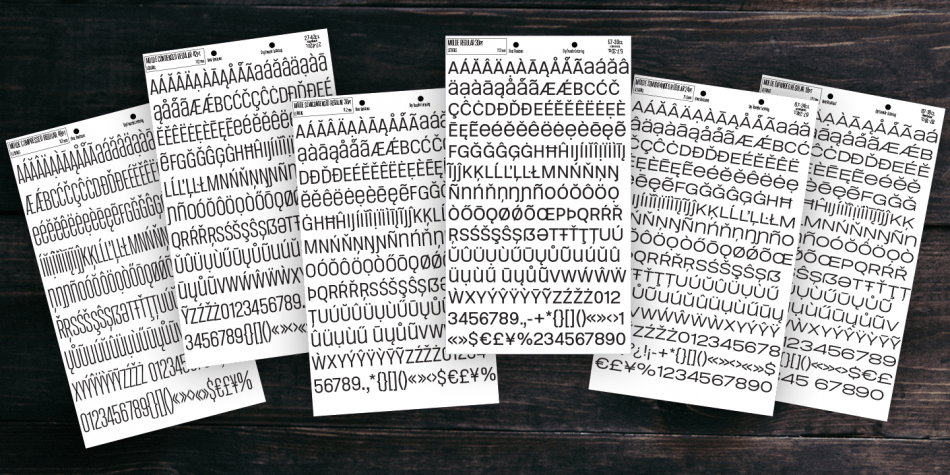 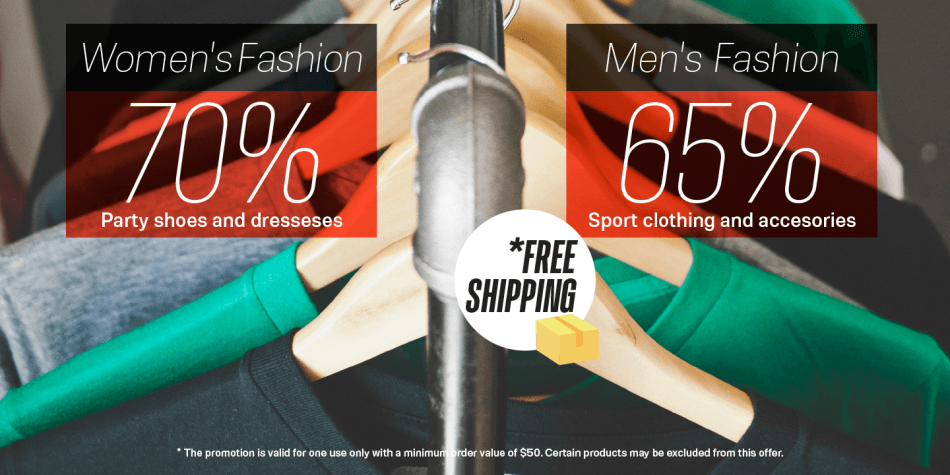 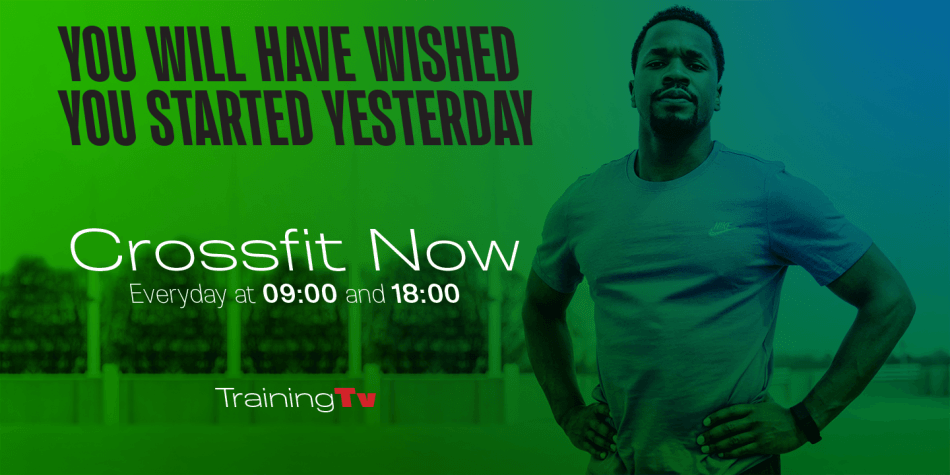 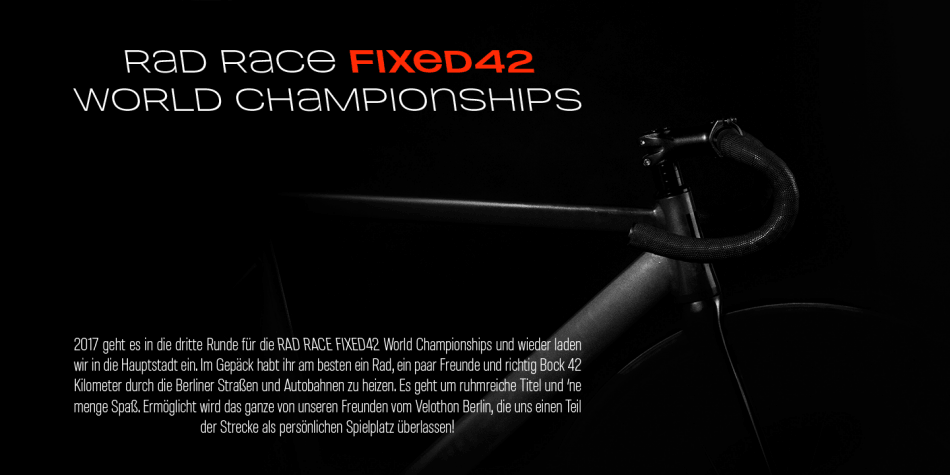 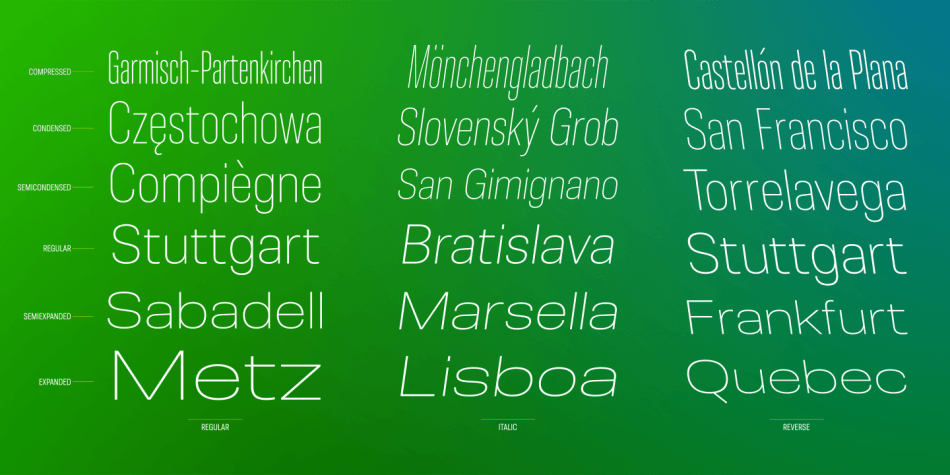 Molde is a sans serif font family. This typeface has one hundred and sixty-two styles and was published by Letritas.

Molde is a super sans serif font family, belonging to the neo-grotesque style. Formally, Molde was inspired by the extreme sobriety of famous post-Bauhaus Swiss Movement of the mid-twentieth Century. The masters of this style are famous for eliminating all the ornaments,as a brilliant mind said “Ornament und Verbrechen”(Ornament and Crime) as a creation law: ending up with only the essential.Thanks to the purity of its shapes, Molde spreads the message as clear as possible and this quality makes it much more versatile than any other typography.
Molde can be therefore used in all types of designs, If we consider its personality and its amount of weights and widths.

Molde is composed of 6 widths ranging from the tablet to the expanded and in the set of characters includes a Unicase version and a small caps version.

The family is composed of 3 parts: the regular version, the italic version and the reverse version.

Each one of them has 9 weights. Each weight has 649 characters and it has been thought for 219 latin languages.