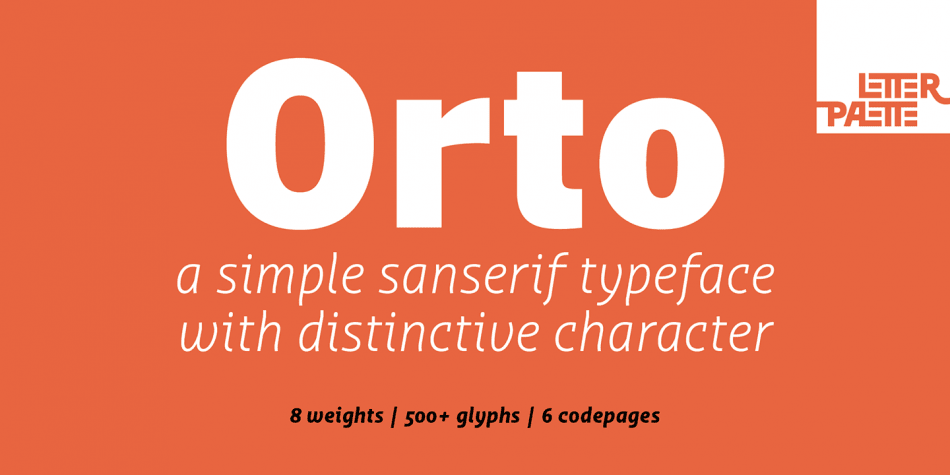 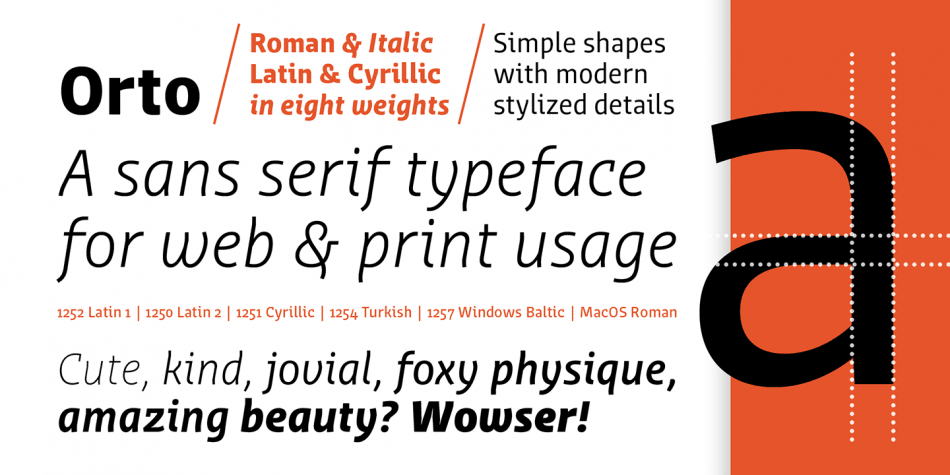 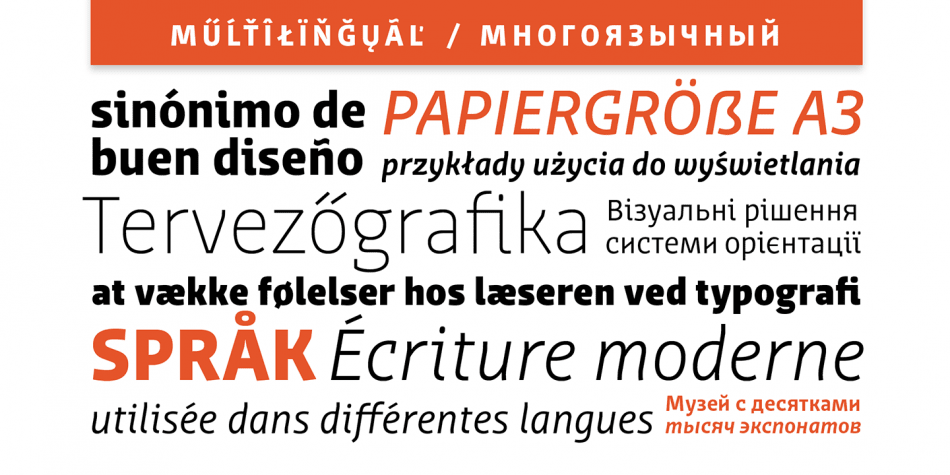 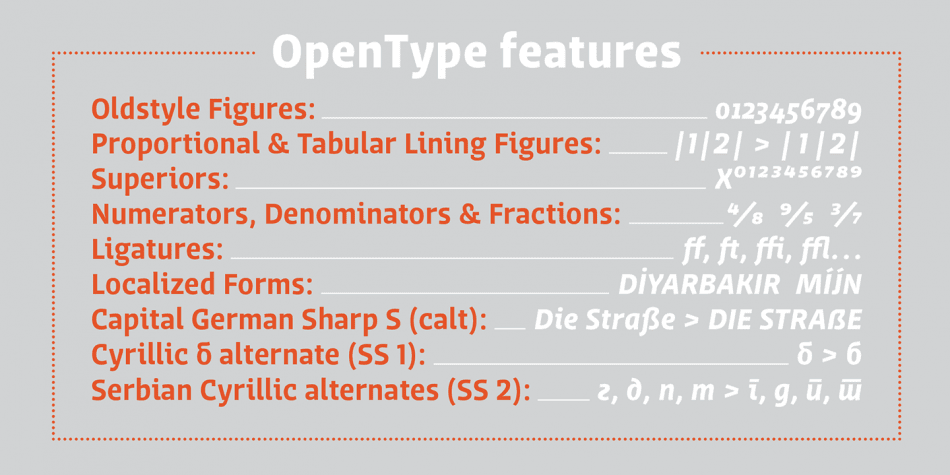 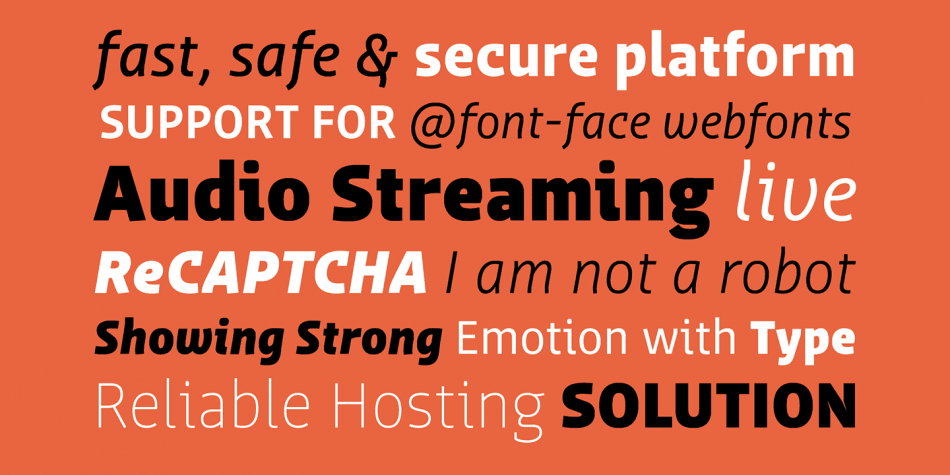 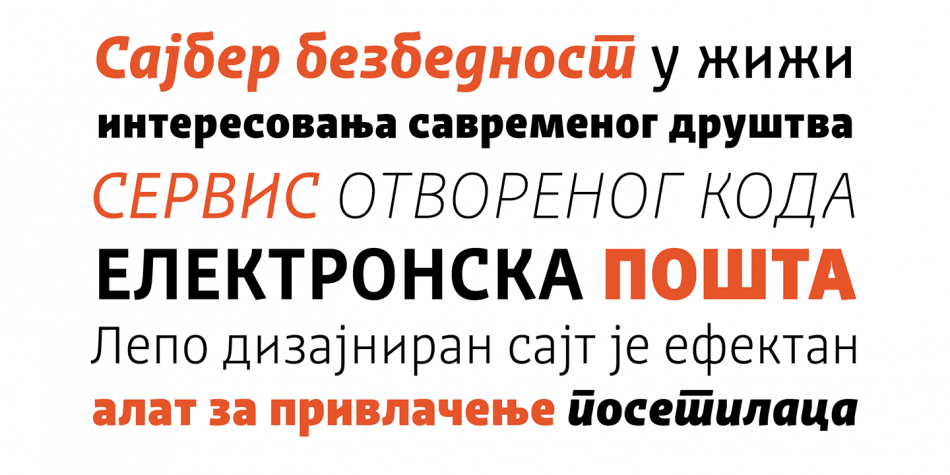 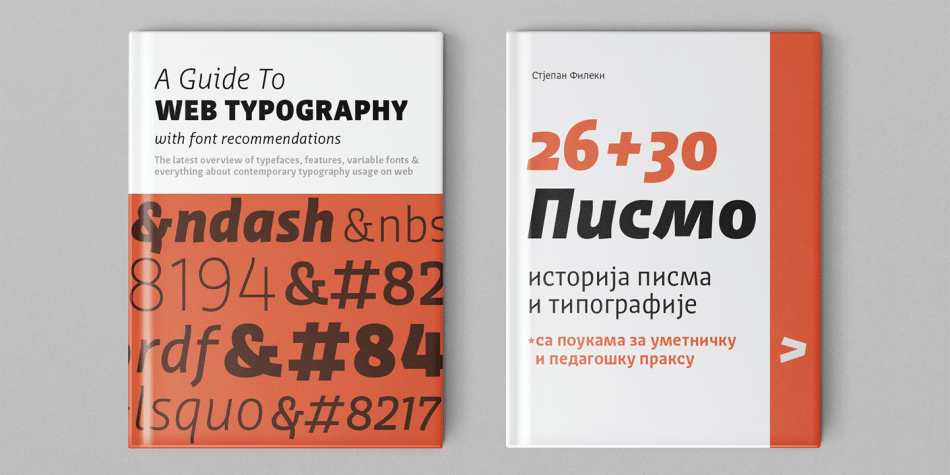 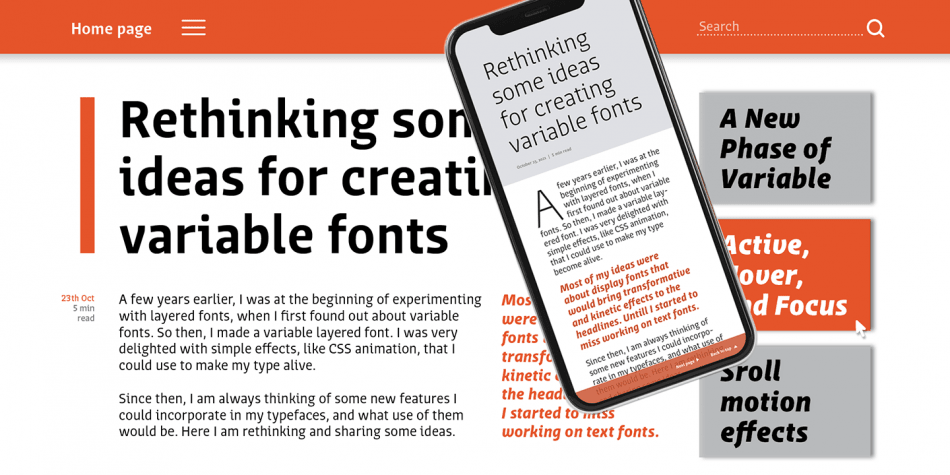 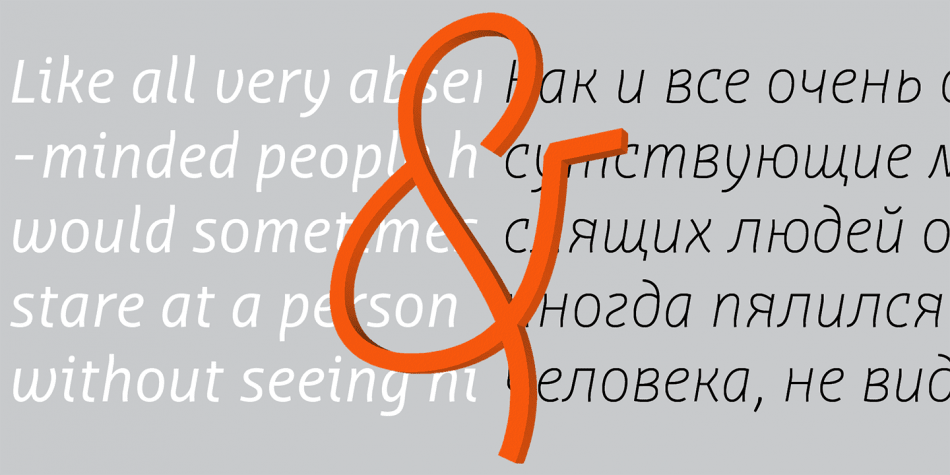 Designed by Ana Prodanović, Orto is a sans serif font family. This typeface has sixteen styles and was published by LetterPalette.

Orto is a type family of sans serif fonts in eight weights. It’s a humanist typeface with real cursive, containing both Roman and Italic styles. The letters are designed to look good on screen, they have a bit narrower proportions and simple shapes. Their structure is based on flat horizontal and vertical strokes, which are emphasized wherever possible. That’s where the name comes from: Orto is an abbreviation of “orthogonal”. Thanks to its narrow width, the typeface is less space-consuming and adapts well to the screens of smaller devices. It is legible in small sizes, thanks to the larger x-height. The characteristic details, like bent ends of diagonal strokes, stand out when used in larger sizes. Orto can be used equally good in print and its overall neutral look fits different contexts. However, its character is pretty recognizable.
Orto contains Latin and Cyrillic script and covers six codepages:
Latin 1, Latin 2, Cyrillic, Turkish, Windows Baltic and MacOS Roman.
It has basic OpenType features like ligatures, oldstyle numerals, proportional and tabular lining figures, fractions, superiors, etc. Capital German double S shows up when the lowercase is typed between two uppercase letters, and the Calt feature is turned on.
The Stylistic Set 1 changes the shape of the Cyrillic “b”.
The Stylistic Set 2 is a shortcut for using Serban alternatives in cursive that differ from Russian.