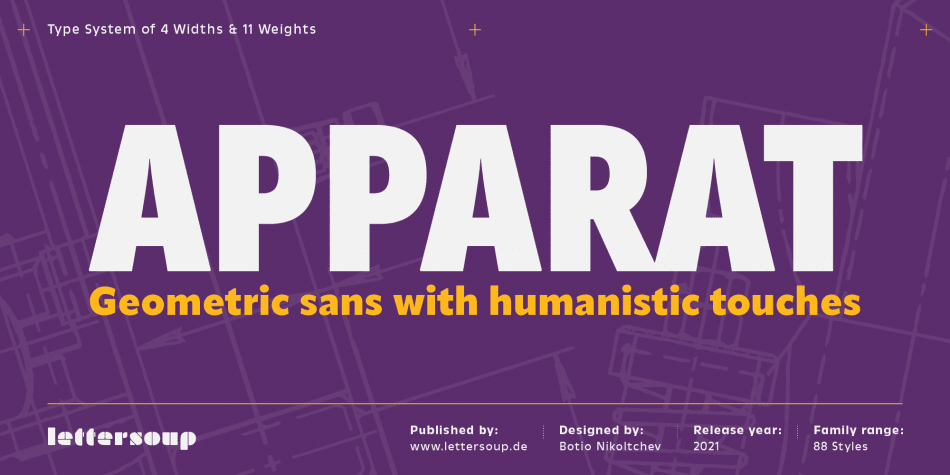 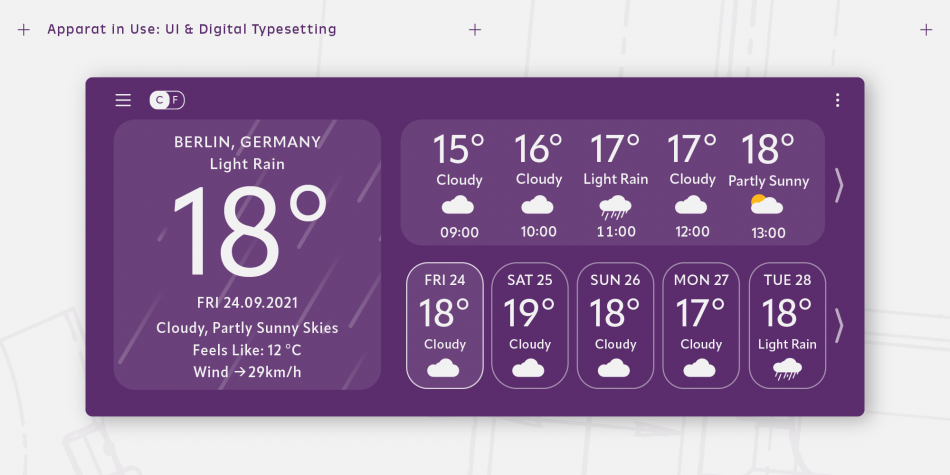 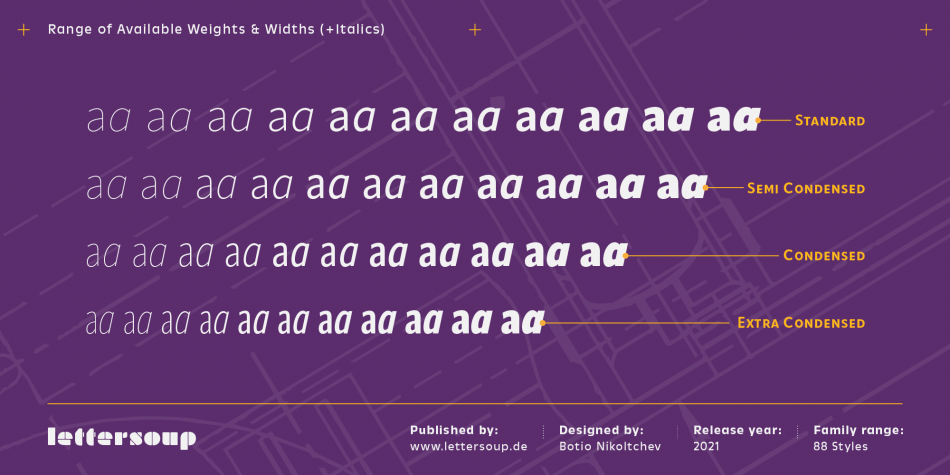 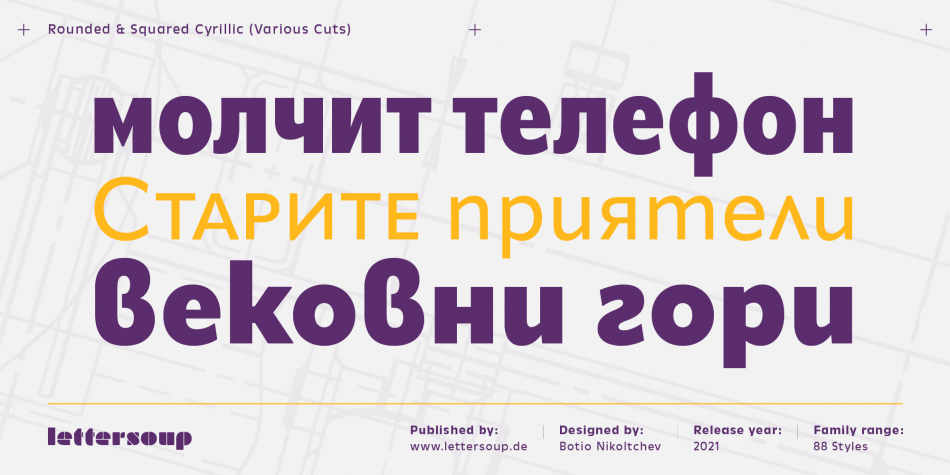 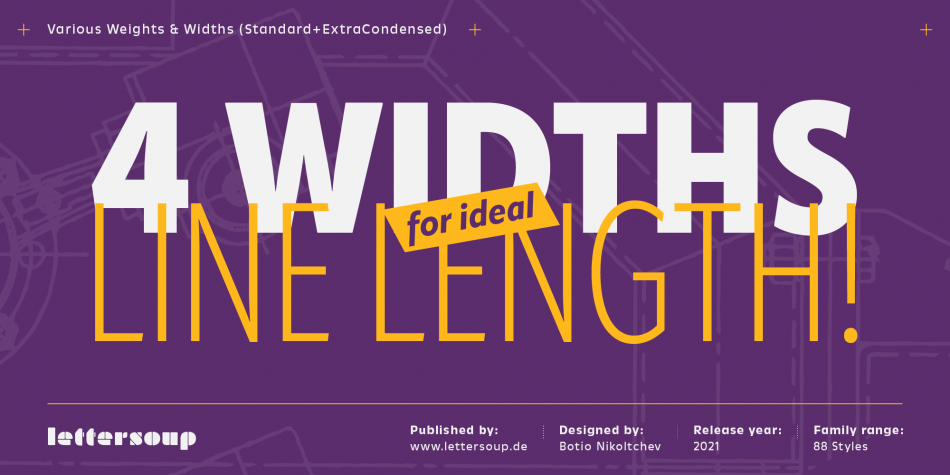 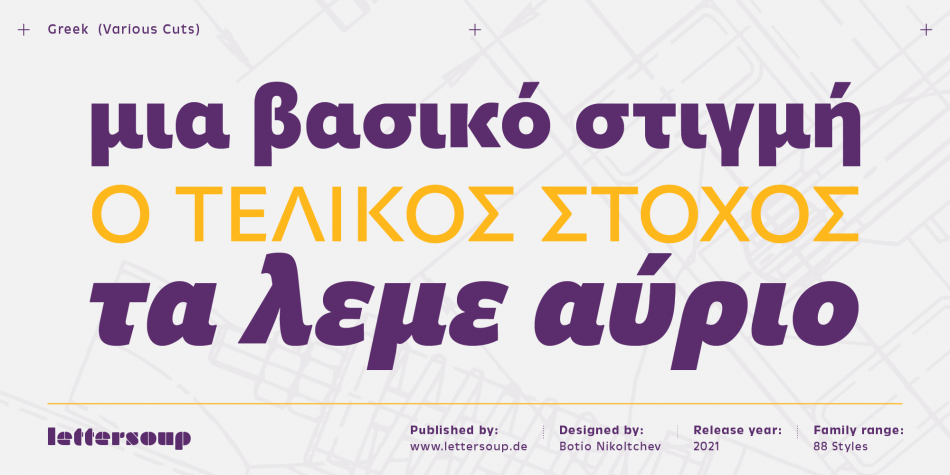 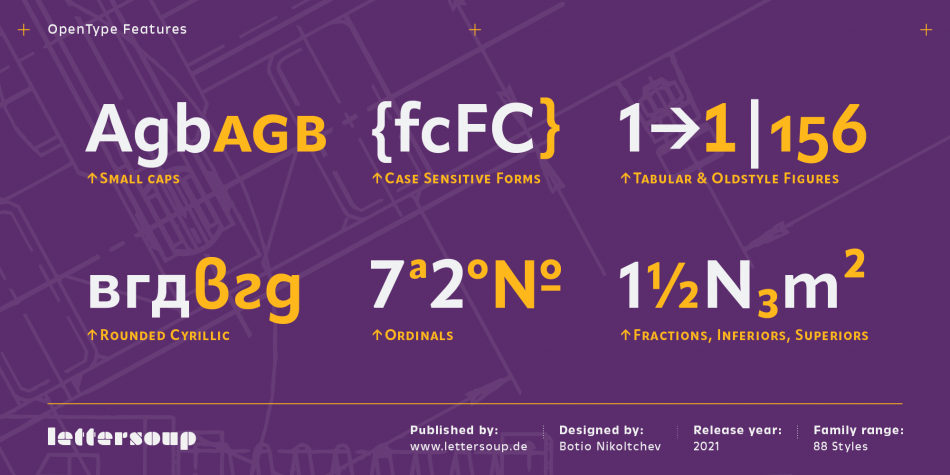 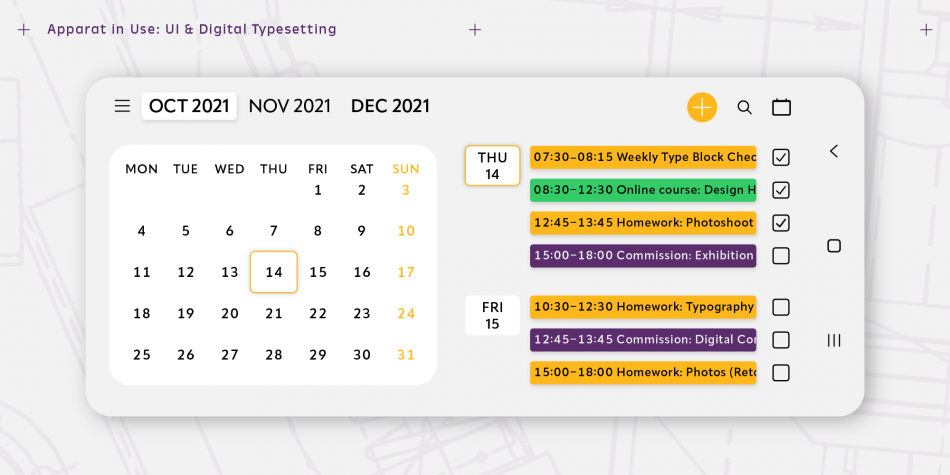 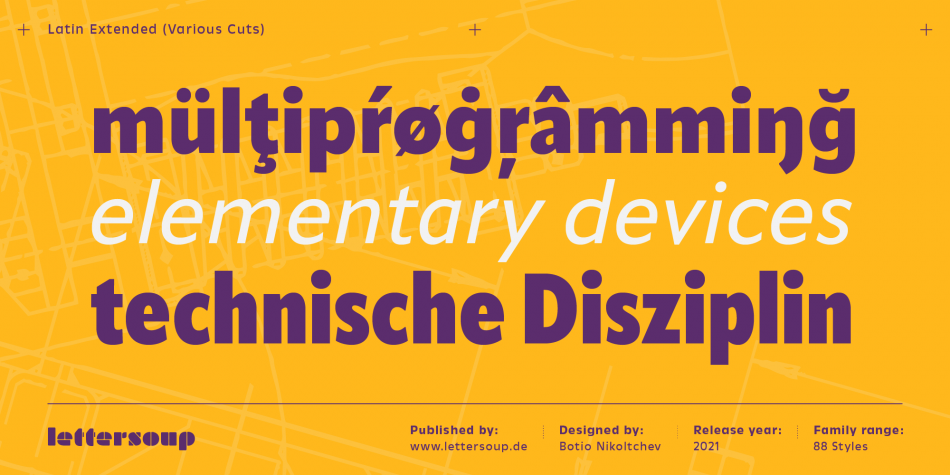 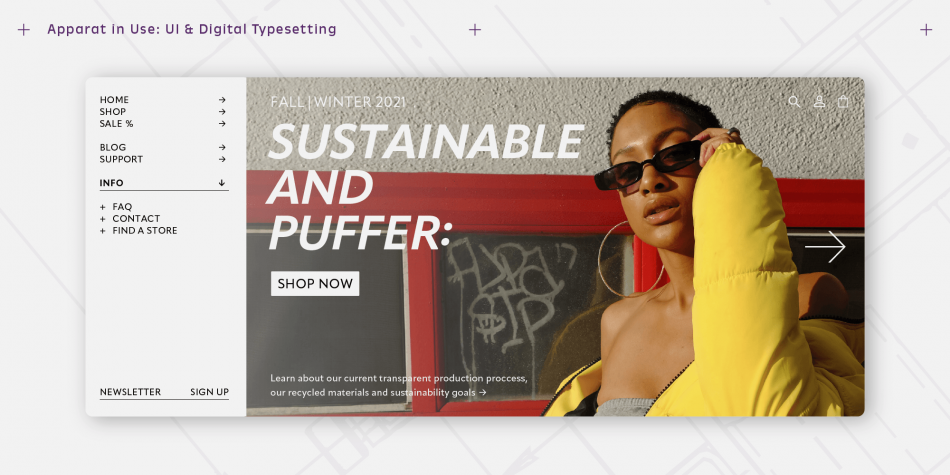 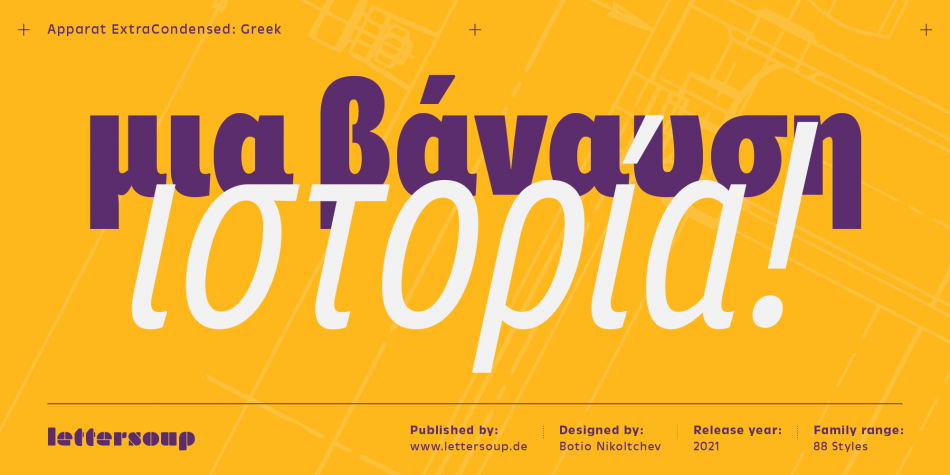 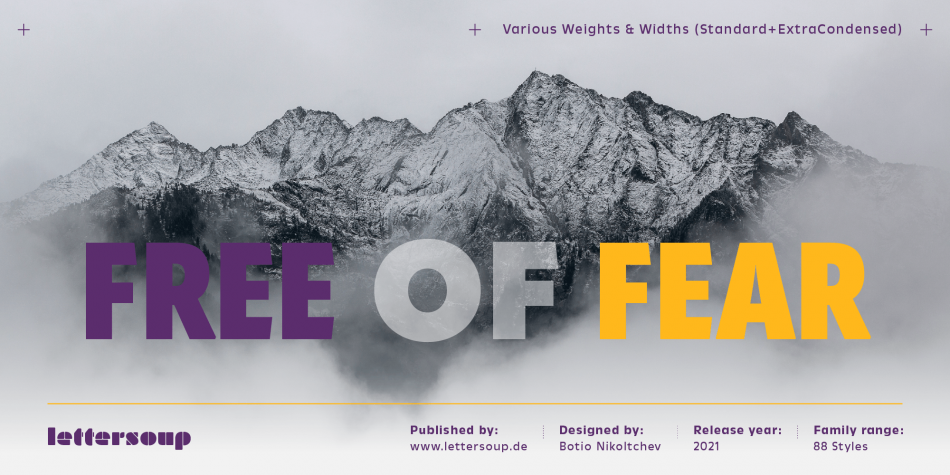 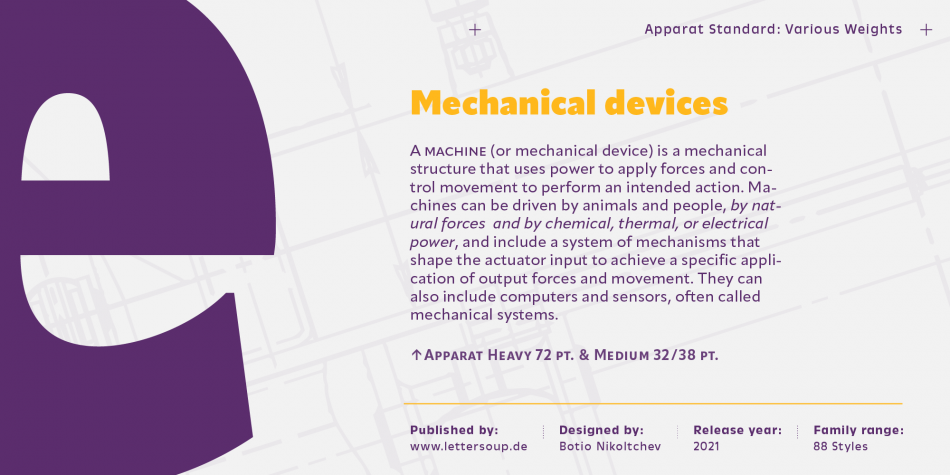 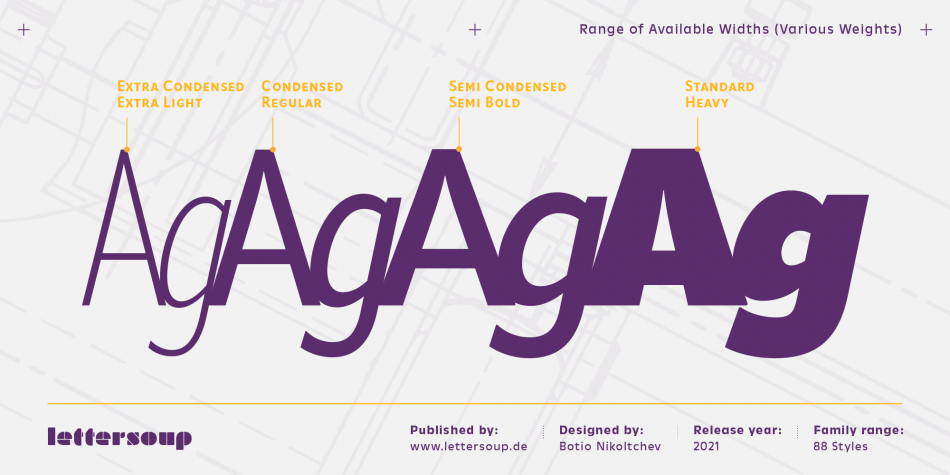 Designed by Botio Nikoltchev, Apparat is a sans serif font family. This typeface has eighty-eight styles and was published by Lettersoup. 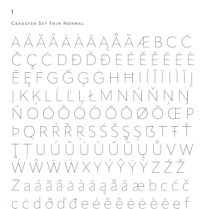 Apparat introduces subtle humanistic touches into what is essentially a geometric design. While the typeface retains the appeal of simple geometric shapes like circles and straight lines, squares and triangles, the “humanised” characters increase the distinction between specific letters, thus improving the typeface’s legibility. This approach takes cues from W.A. Dwiggins’ Metro. The seminal Art Deco design sought to improve on the new wave of geometric sans serifs appearing in the early twentieth century. Apparat’s humanised letterforms retain a sharpness that harmonises perfectly with the triangular letters and crisp stroke endings. The font family comes in four widths, each in eleven weights with matching italics, for a total of 88 styles. Unlike many contemporary typefaces, the weights are not clearly interpolated, which gives each one its specific character. The family has the necessary breadth to be deployed in demanding publishing environments like magazines and other periodicals, corporate design and annual reports. The Extended Latin character set supports more than 80 languages a Cyrillic extension as well as the Greek alphabet are already included to the character set. The feature-rich OpenType fonts offer small caps, seven numeral styles, case-sensitive punctuation, a set of arrows, and more; all the characters necessary to meet the requirements of contemporary typesetting.