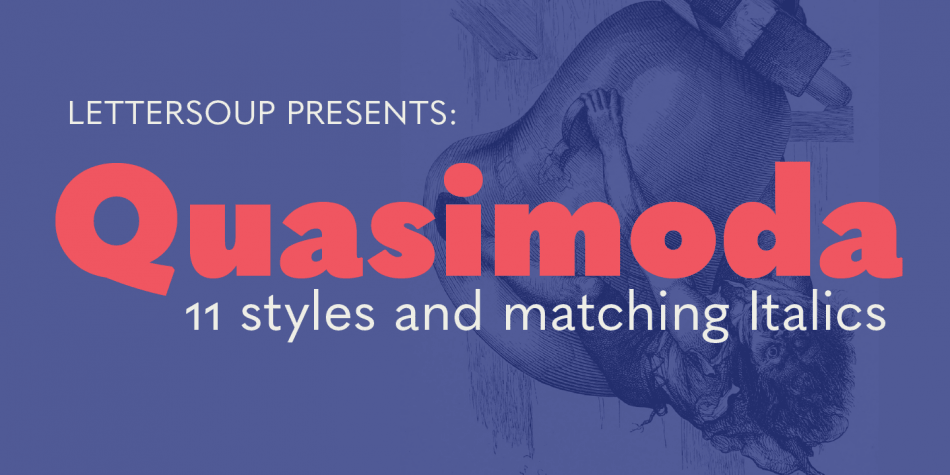 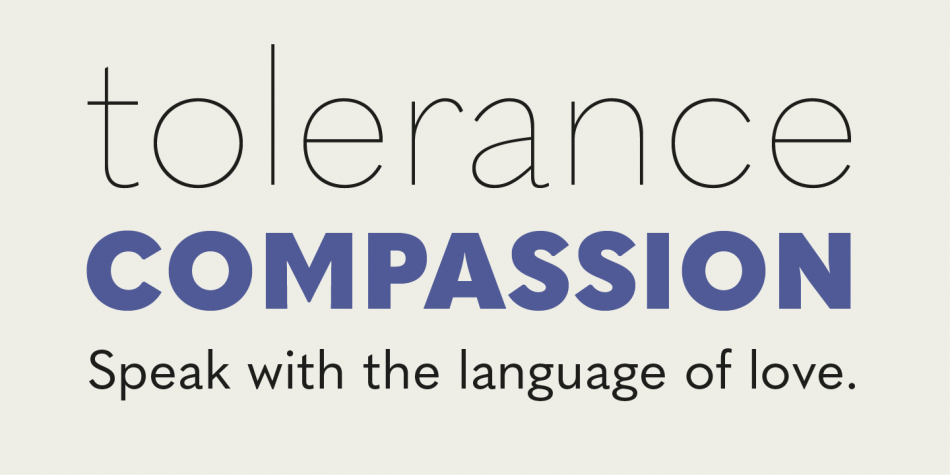 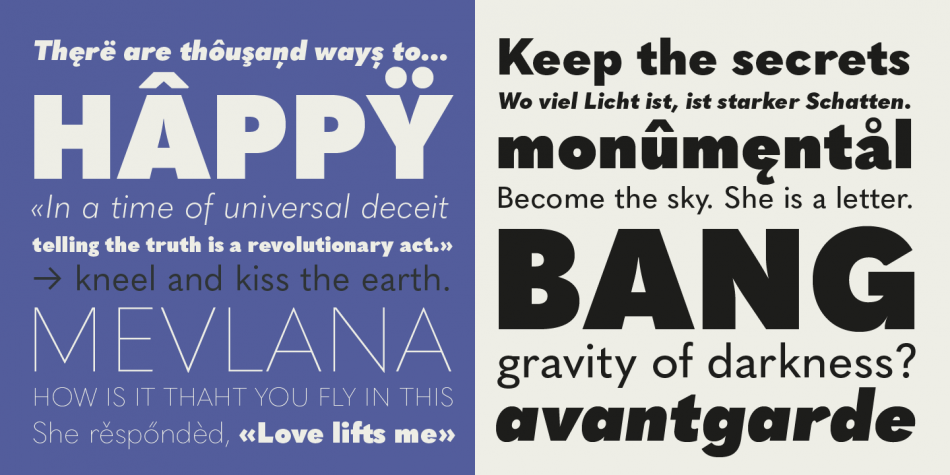 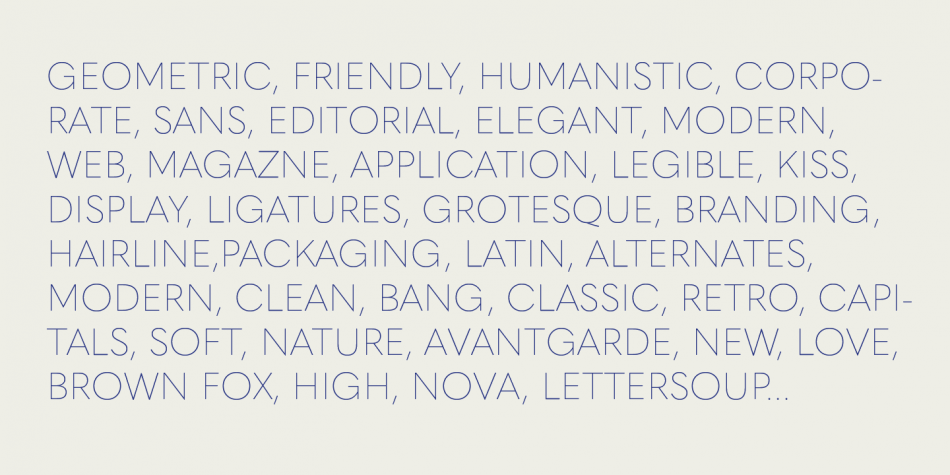 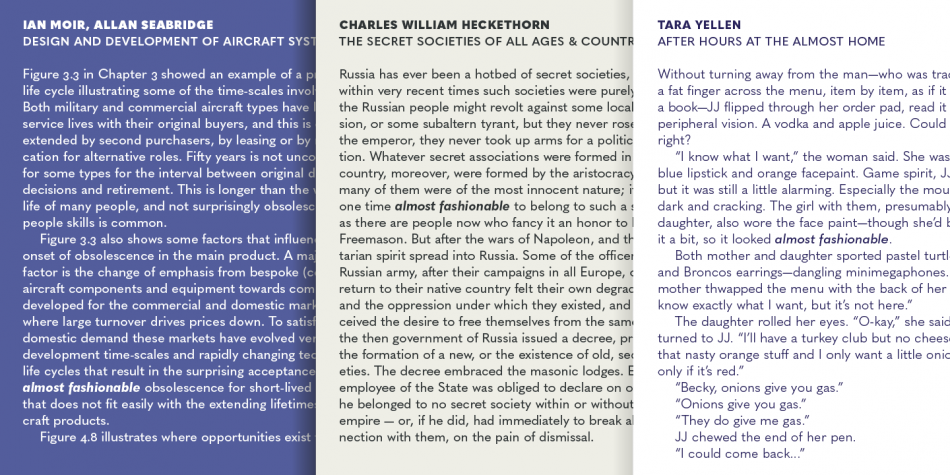 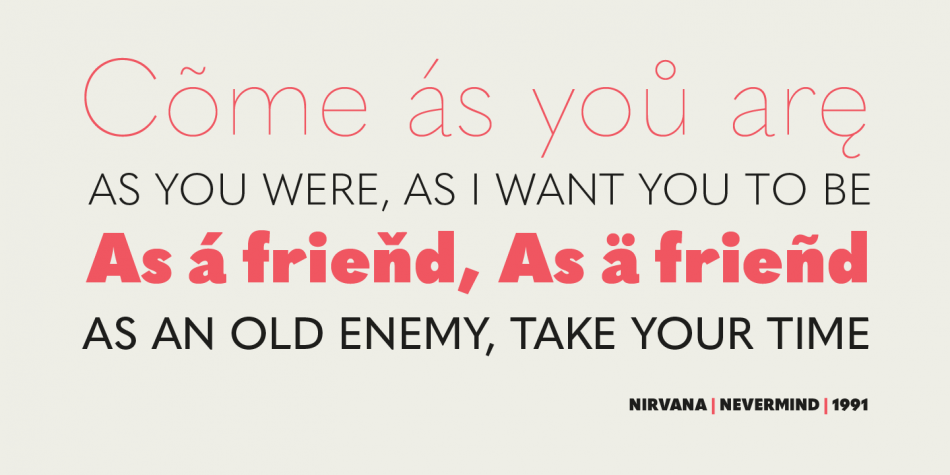 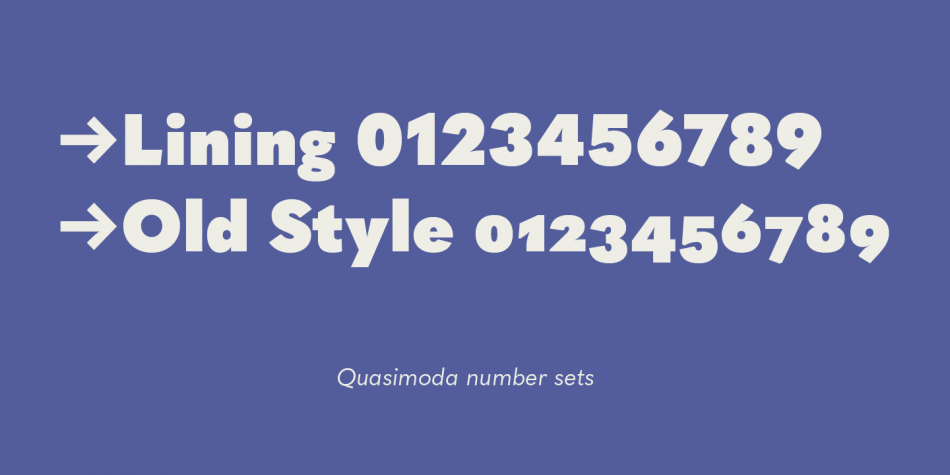 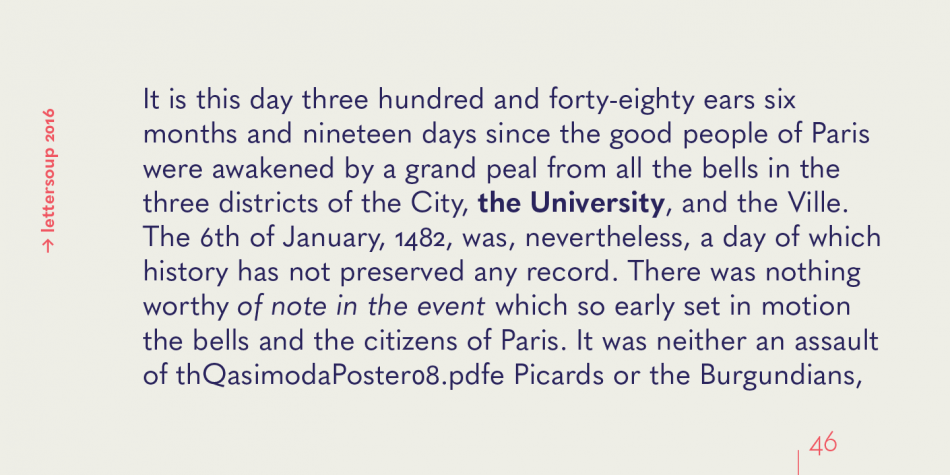 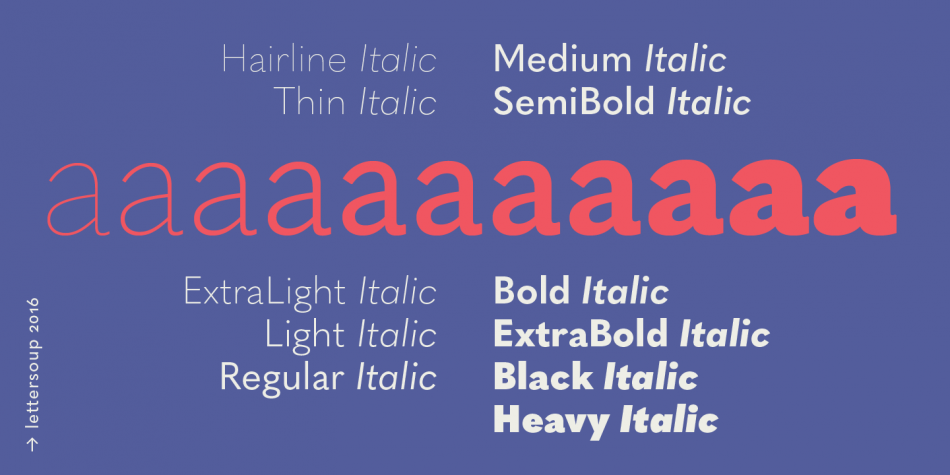 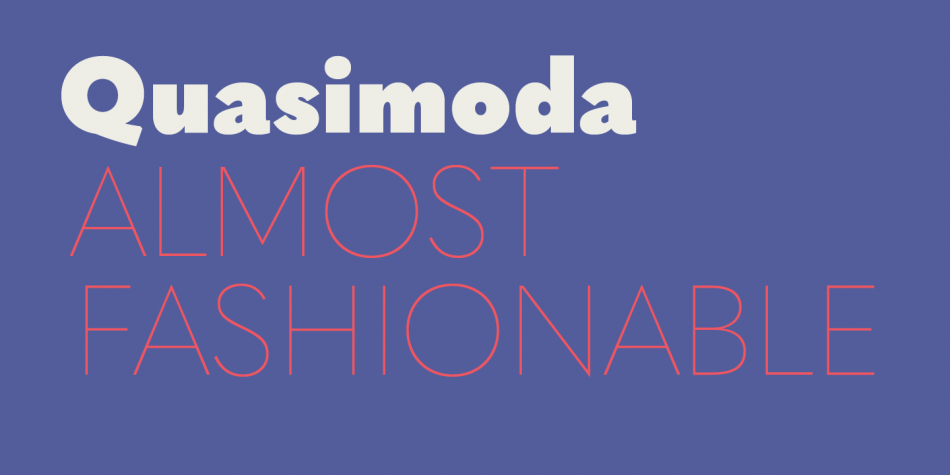 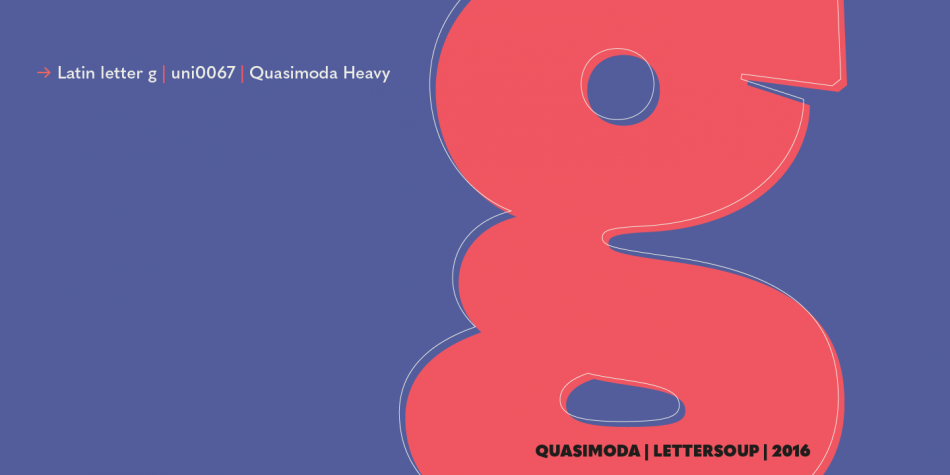 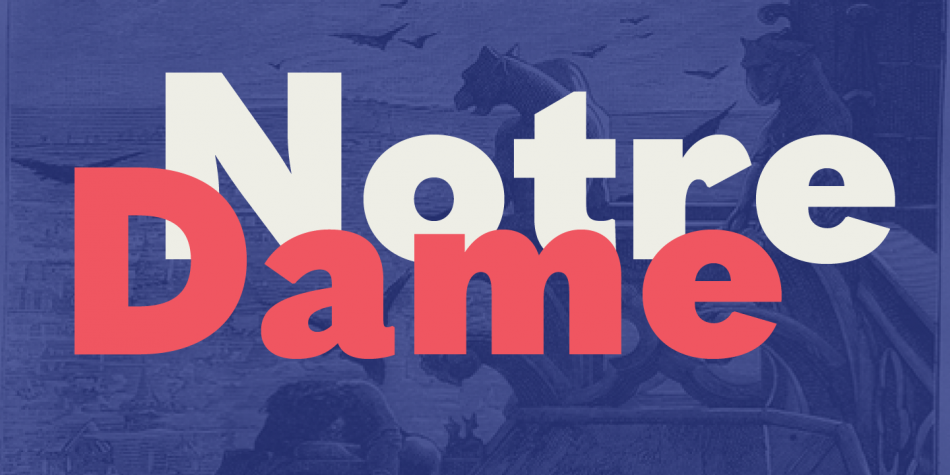 Designed by Botio Nikoltchev, Quasimoda is a sans serif font family. This typeface has twenty-two styles and was published by Lettersoup.

Quasimoda is the “almost fashionable” sans serif family with 11 weights and matching italics. It combines fashionable geometric forms with old-fashioned classical proportions. Berlin-base Botio Nikoltchev (Lettersoup) designed Quasimoda so that the lighter weights give off a fresh, modern feel, the middle weights provide excellent readability and elegance for longer texts, while the boldest weights introduce a slightly antiquated flair.

Partly geometric, partly grotesque, Quasimoda is a versatile beast. It follows the current fashions but does not completely give into them, retaining classical proportions and the slight ugliness of the 19th-century grotesques. With its long descenders and its small x-height, Quasimoda combines well with Renaissance serif fonts such as Garamond’s, or it can serve itself as a leading body font for longer texts, as well as a variety of branding, headline and display purposes. Quasimoda includes characters for more than 80 Latin-script languages, and several sets of figures available as OpenType features.