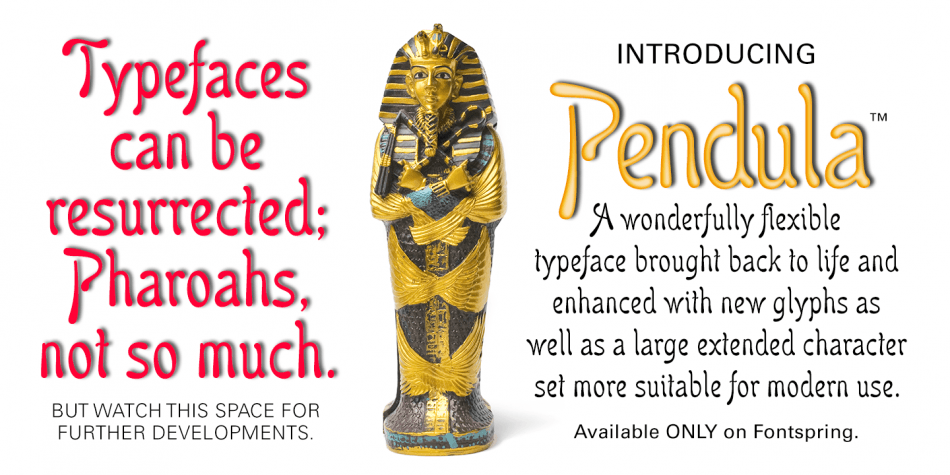 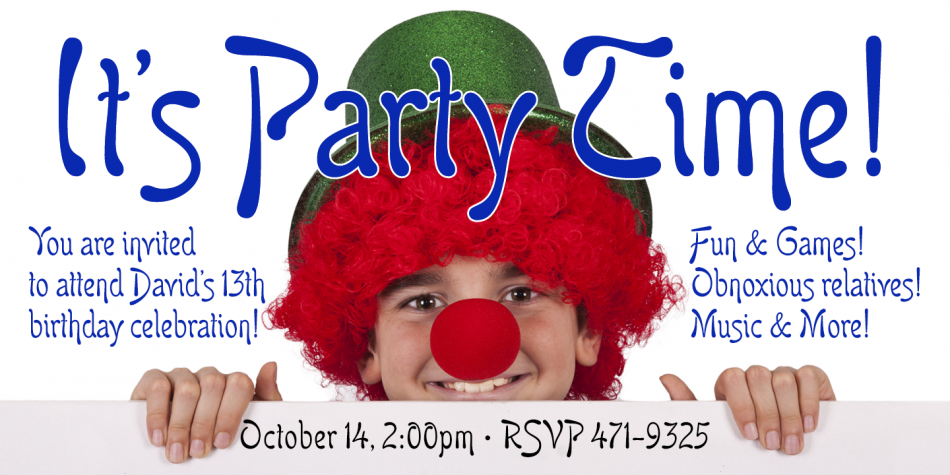 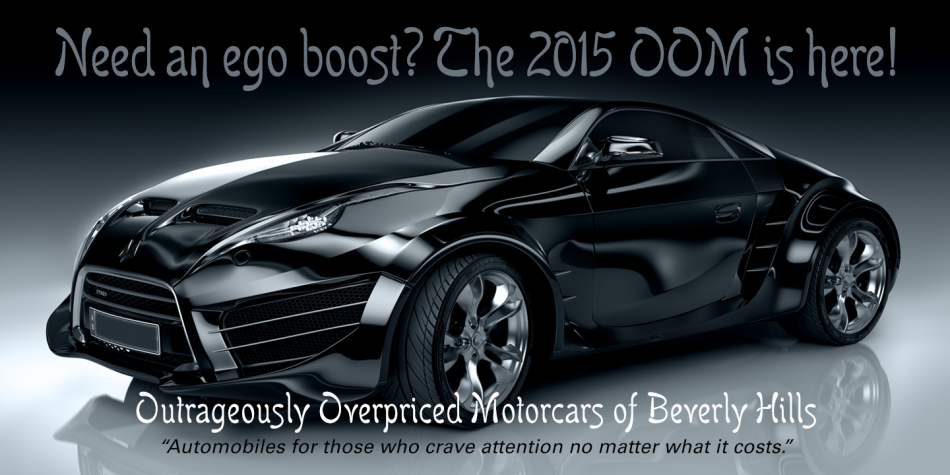 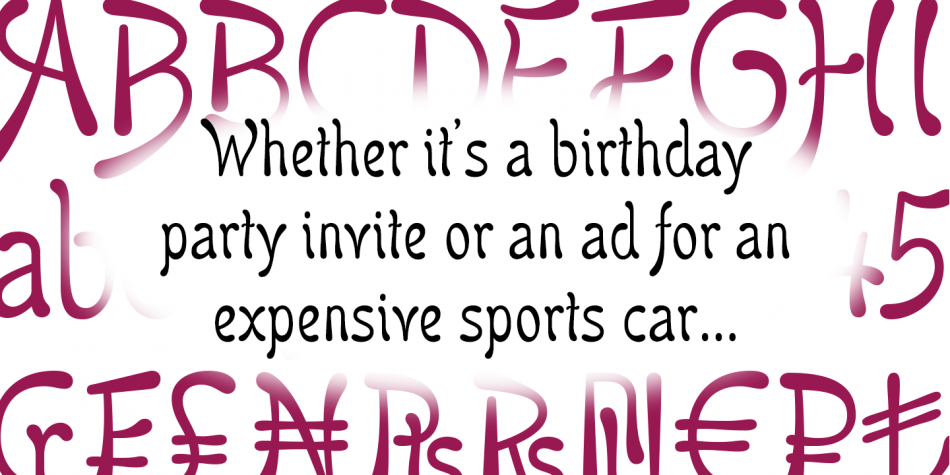 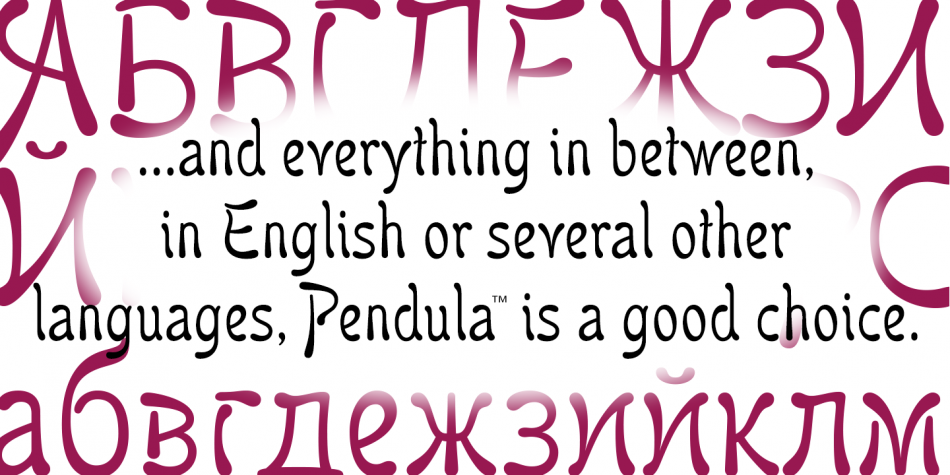 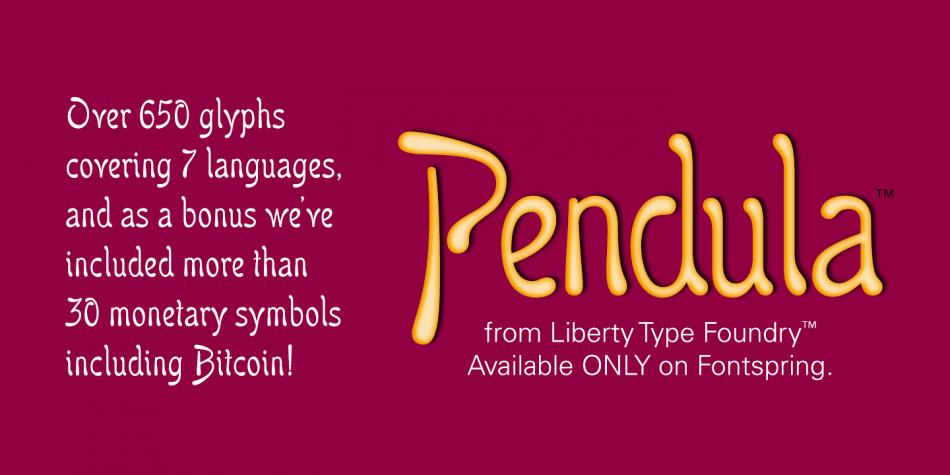 Pendula is a retro and art nouveau font published by Liberty Type Foundry.

Pendula™ is an adaptation of Pittorseques Droites (Scenic Casual) found in the circa 1924 specimen book of La Fonderie Typographique Francaise. Changes to a very small number of the original characters were made to make the typeface work better with more languages, as well as aesthetic reasons. A newly designed Cyrillic character set was added to make the design even more useful, enlarging the character set from the basic Latin set to over 650 glyphs covering seven languages. Pendula™ also includes tabular and proportional number sets plus a bonus set of over thirty monetary symbols. Other international symbols were included too. It is a wonderfully casual and flexible design, usable in many situations.