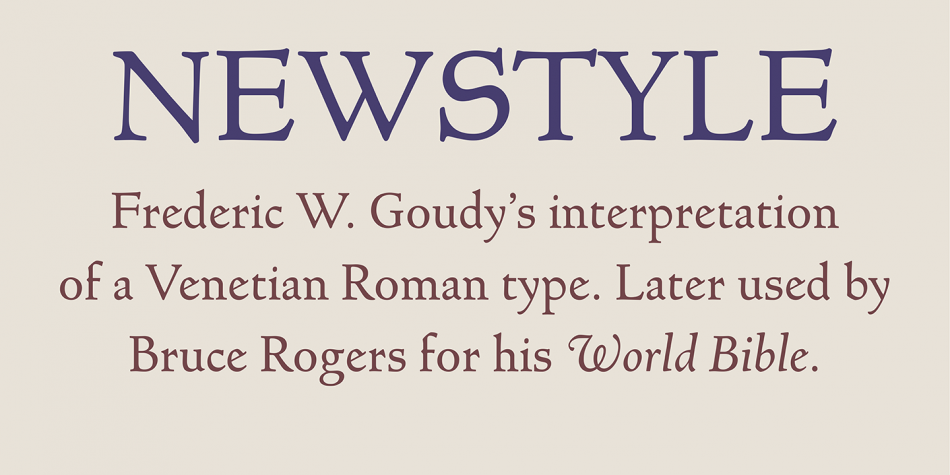 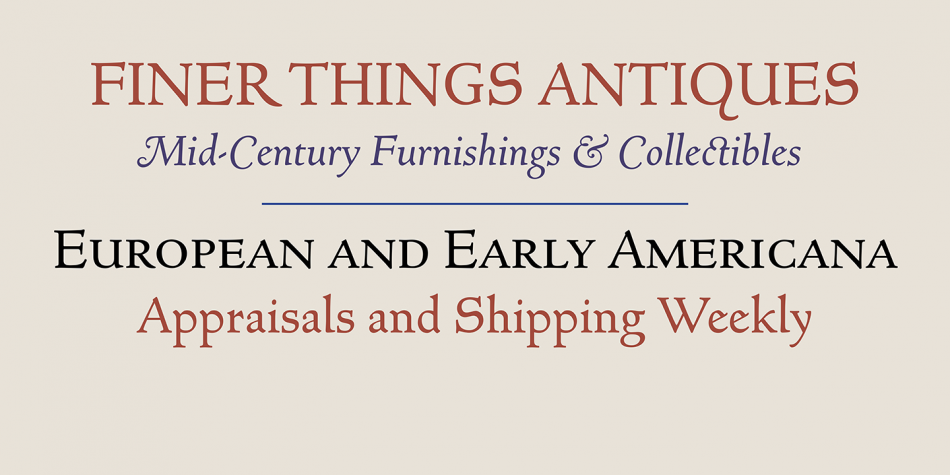 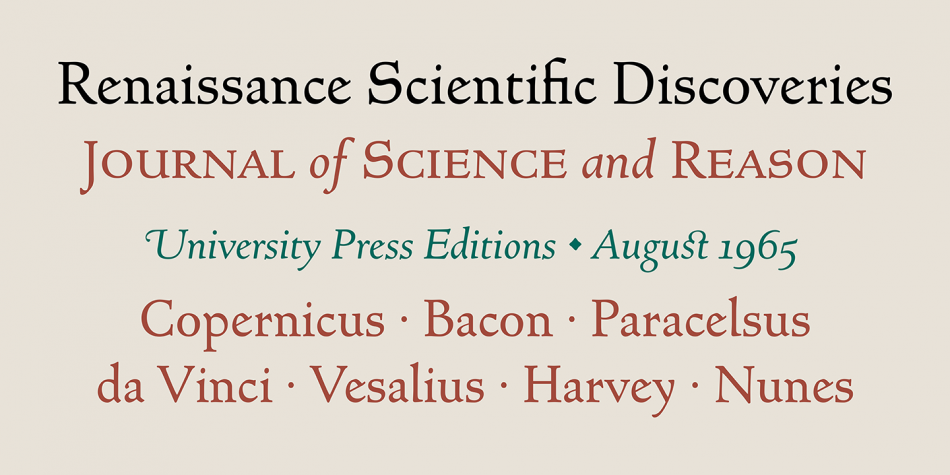 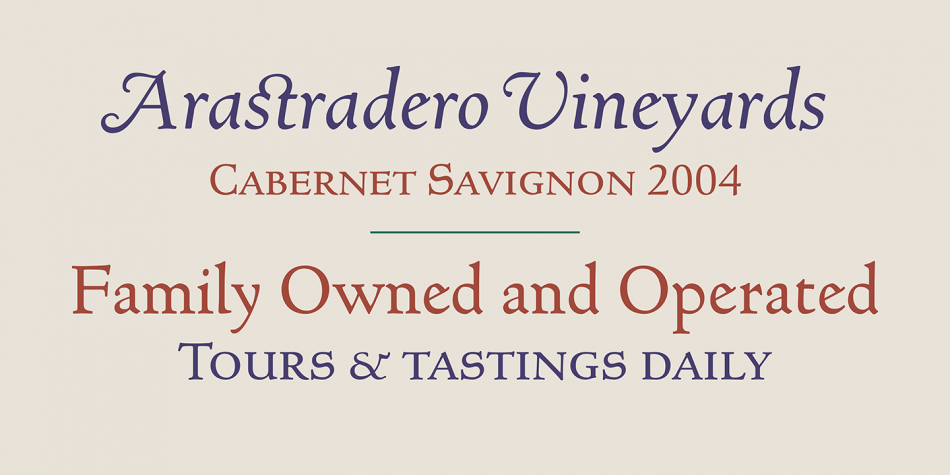 Designed by Frederic W. Goudy and Steve Matteson, Newstyle is a serif font family. This typeface has two styles and was published by Matteson Typographics.

Goudy’s Newstyle typeface was desiged in 1921 began as an experiment in creating a phoentic alphabet with different shapes for letters depending on their unique sound. The design is strongly influenced by the Venetian Romans of Aldus which Goudy believed to be the most readable letterforms. Steve Matteson digitized the roman faithfully to Goudy’s original and designed the companion italic in the spirit of Goudy’s style. Newstyle was adapted slightly by Bruce Rogers for use in the New World Bible in 1949.

Newstyle is a unique serif typeface ideal for brands seeking an organic and hand-crafted appearance.