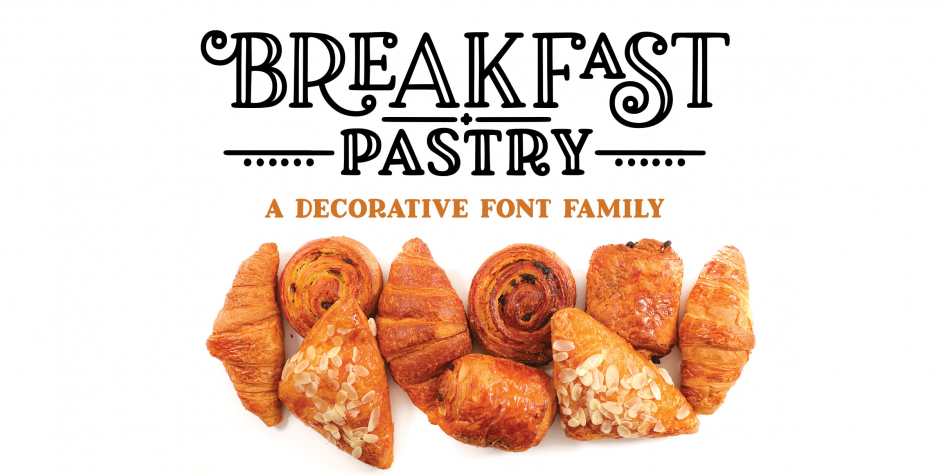 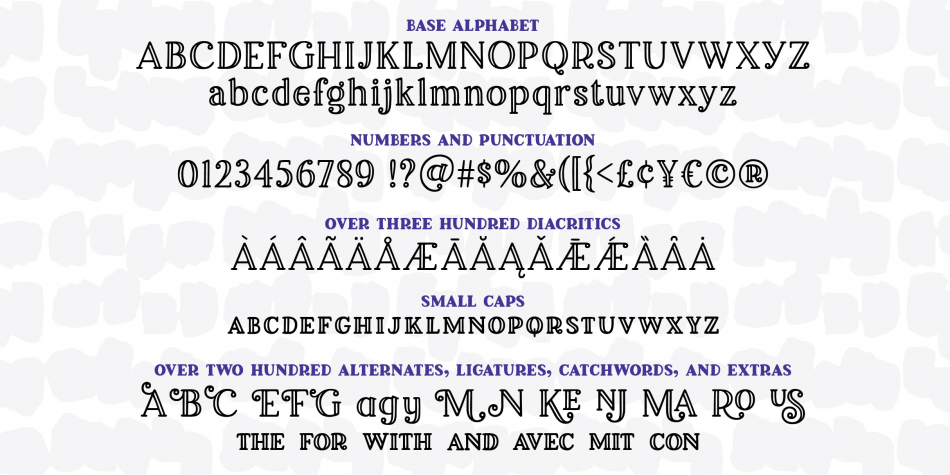 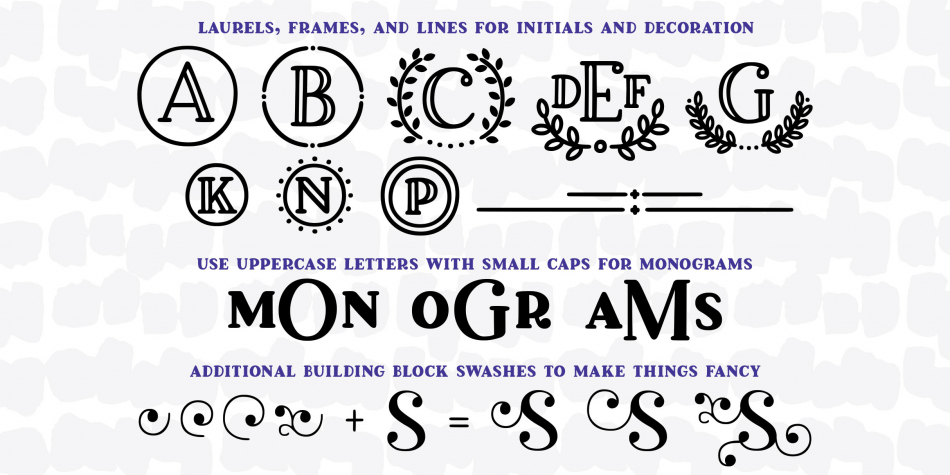 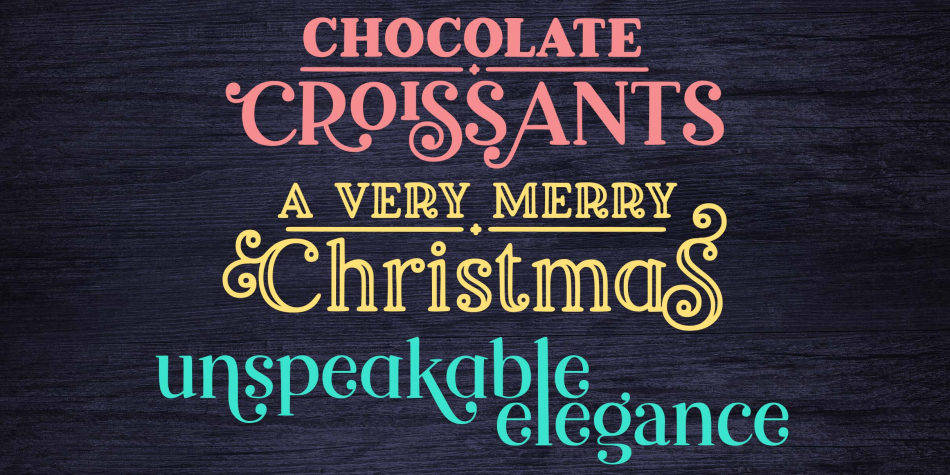 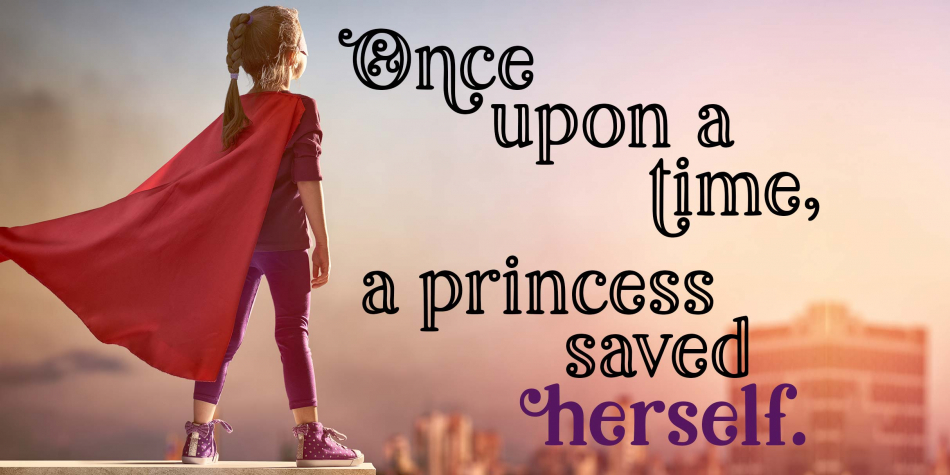 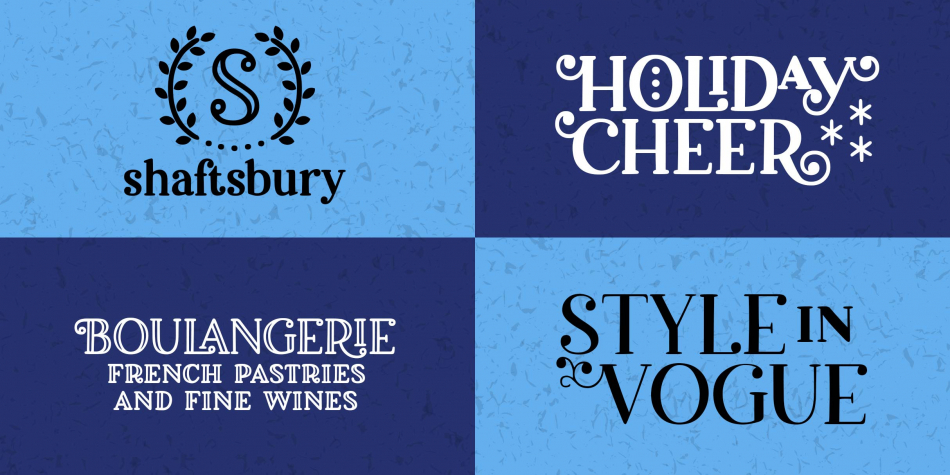 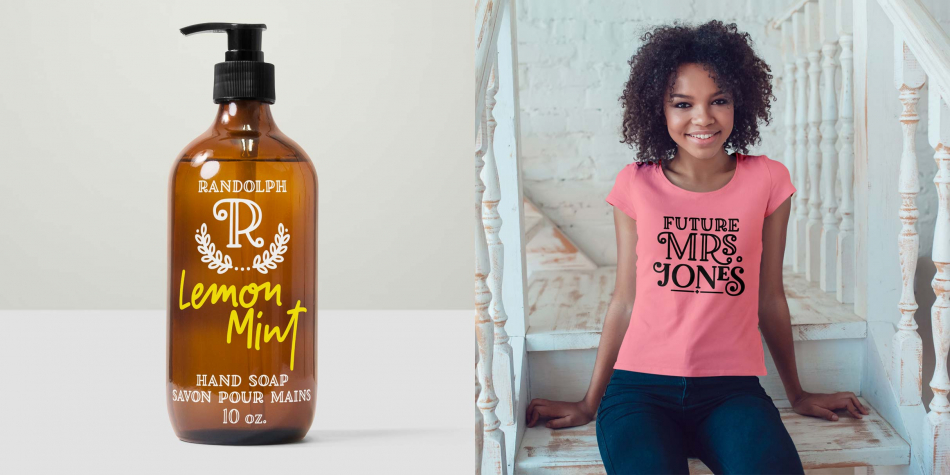 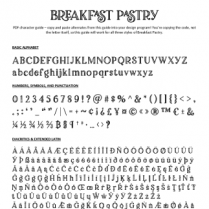 I’ve been thinking for a while about making a serif font with ball terminals: big fun round ends to the letters anywhere I can squeeze them in. So I made Breakfast Pastry!  I started with a hand-drawn set of basic letters, then went hog-wild making alternates and ligatures galore with fun swirls, curls, and even more balls. TONS OF BALLS!

I’ve cleaned the letters up significantly to make them smooth and easy for any cutting or printing you may want to do, but I’ve also left in some of the hand-drawn character so that the fonts are warmer and not too formal.

Then I took the first font, and made a second solid version without the cutouts. After that I thought: I tend to make plumper fonts ... why not make an even thinner version? So I did!  All three versions have the same character set (over 700 glyphs total), which means they all have the same extras and alternates.

All three fonts have over 300 extended Latin characters for lanugage support, as well as over 200 bonus items: alternate letters, letters with swashes, two-letter ligatures, small caps, catchwords, and even some bonus ornaments and elements to make the fonts even more flexible. (After all, if one swash on a letter is good, two or three might be great!)

All three Breakfast Pastry fonts include:

Plus, I’ve made a handy PDF document with all of the characters listed - you can cut and paste from the PDF into any design program! (The PDF is in Breakfast Pastry Regular; since they’re all coded the same, you can C&P the codes in it for all three fonts.)