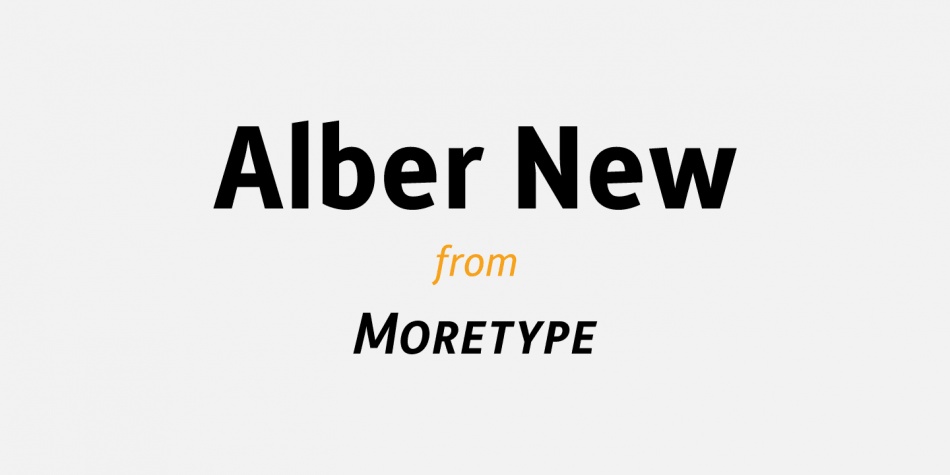 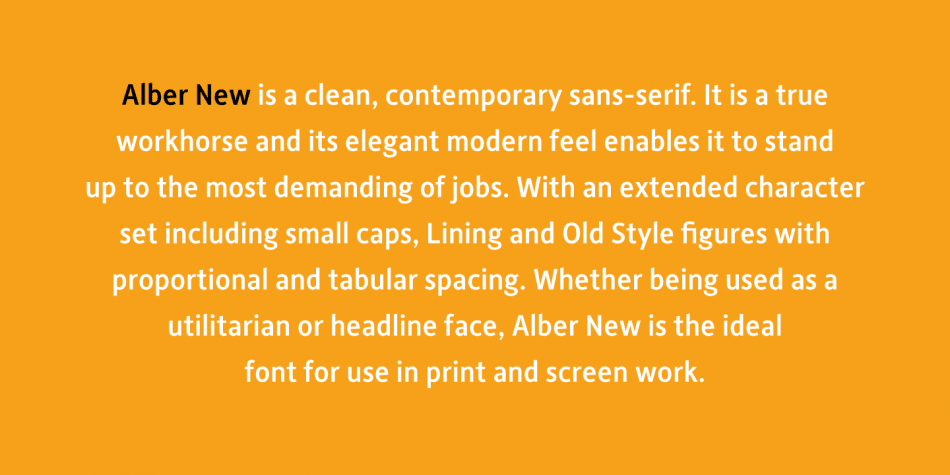 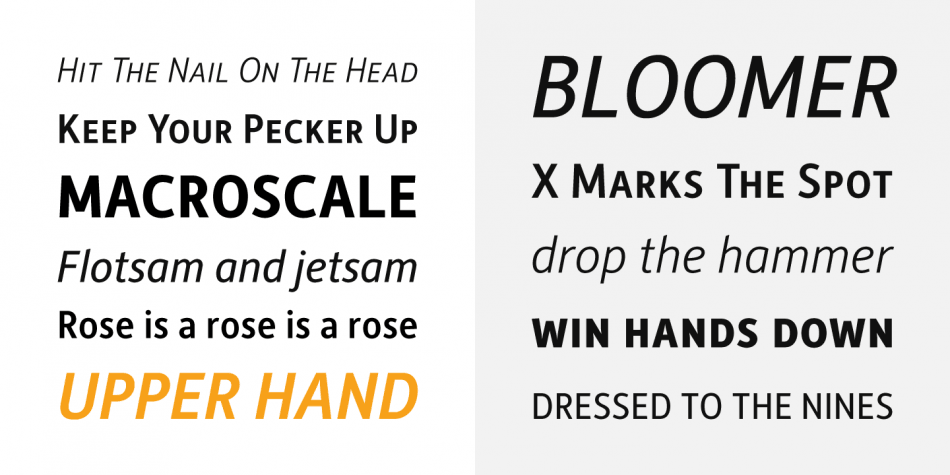 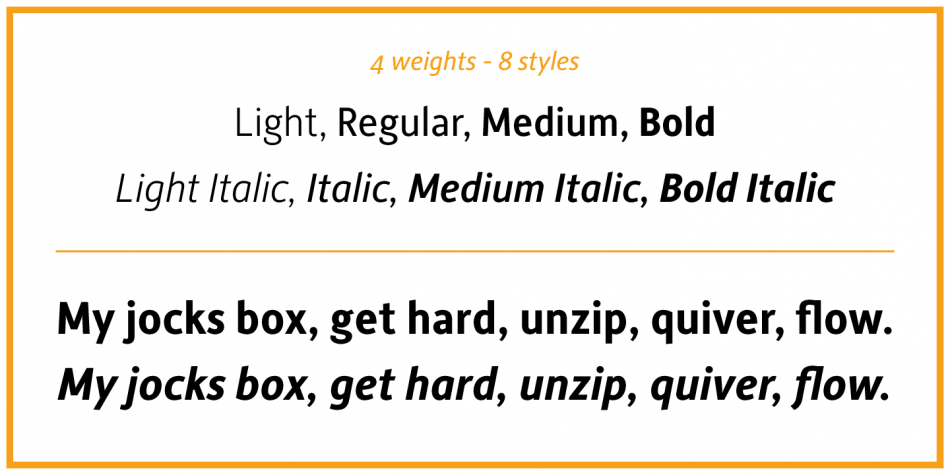 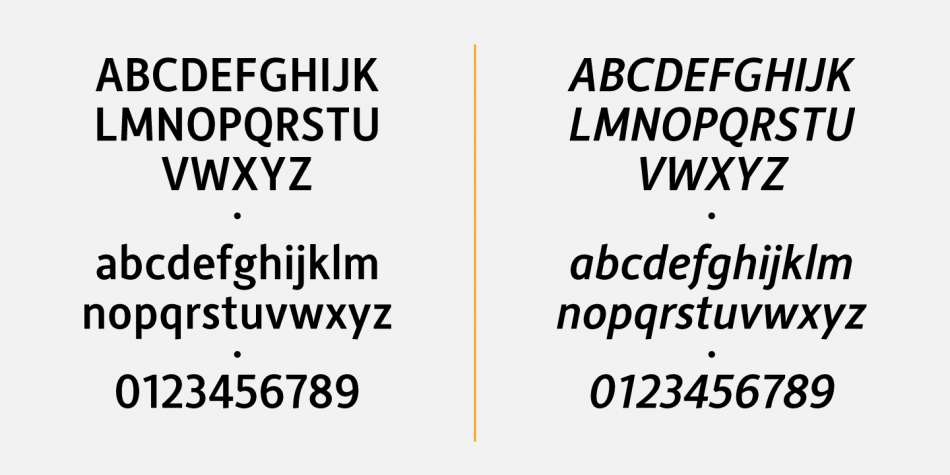 Alber New is a sans serif font family. This typeface has eight styles and was published by Moretype.

Alber New is the revamped version of Alber originally released in 2006. While retaining it’s original appeal Alber New has been overhauled from the ground up with improved outlines, spacing and kerning. Alber New also boasts an extending character set including small caps, subscript and superscript allowing it to cope with the most demanding of jobs. Alber New has been hand hinted for web use.