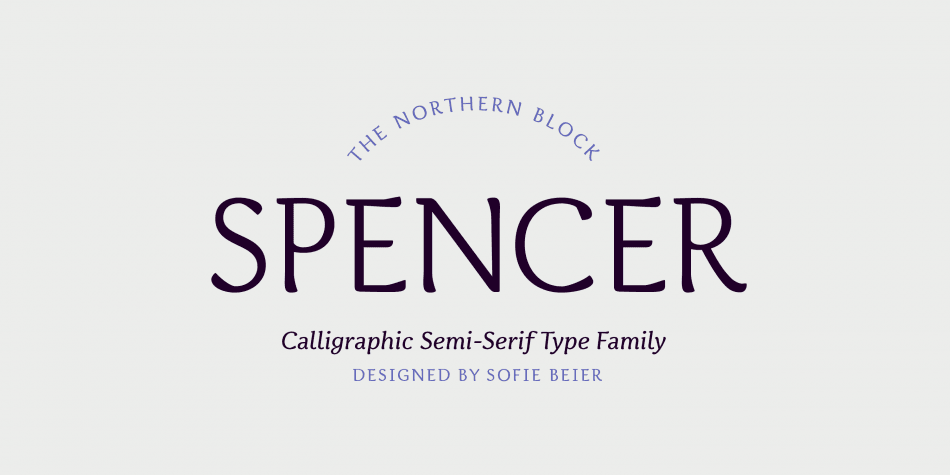 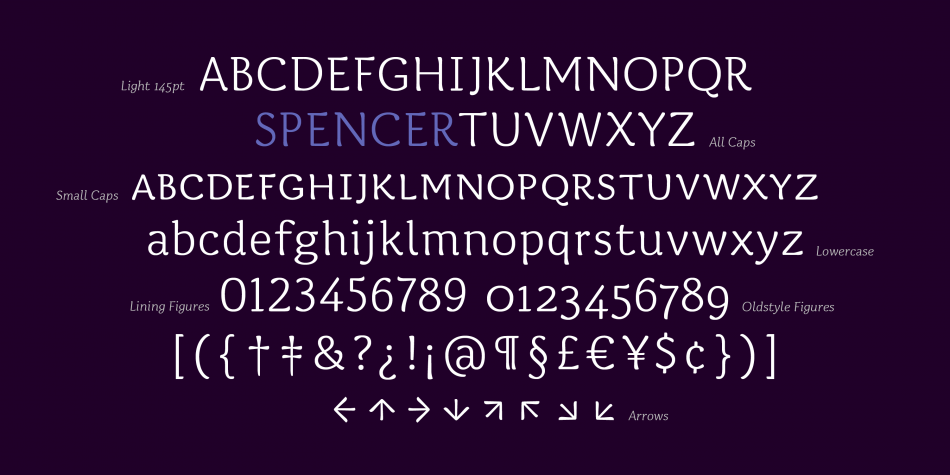 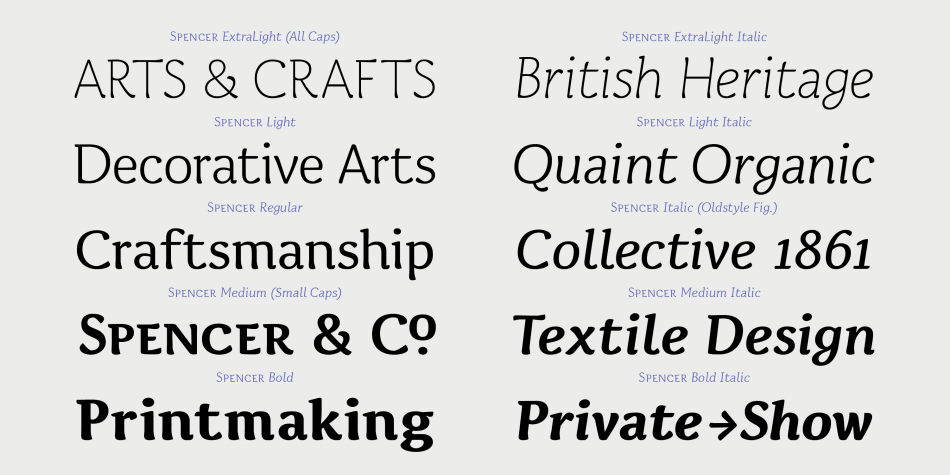 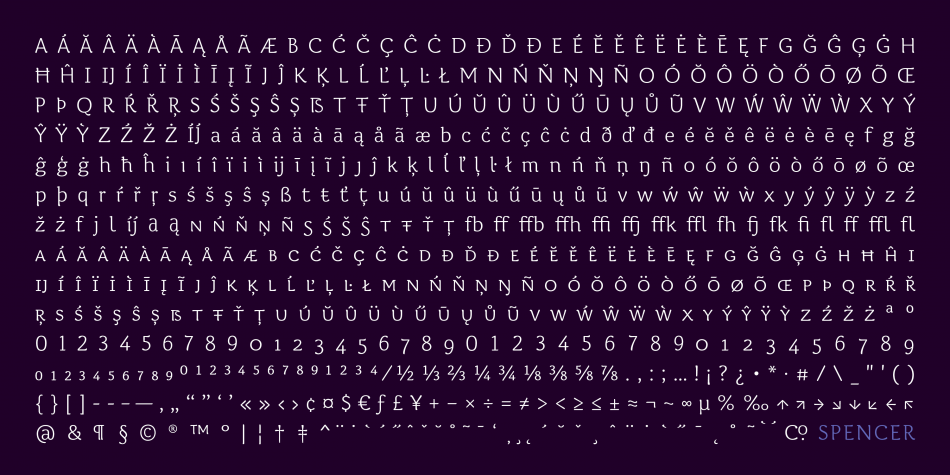 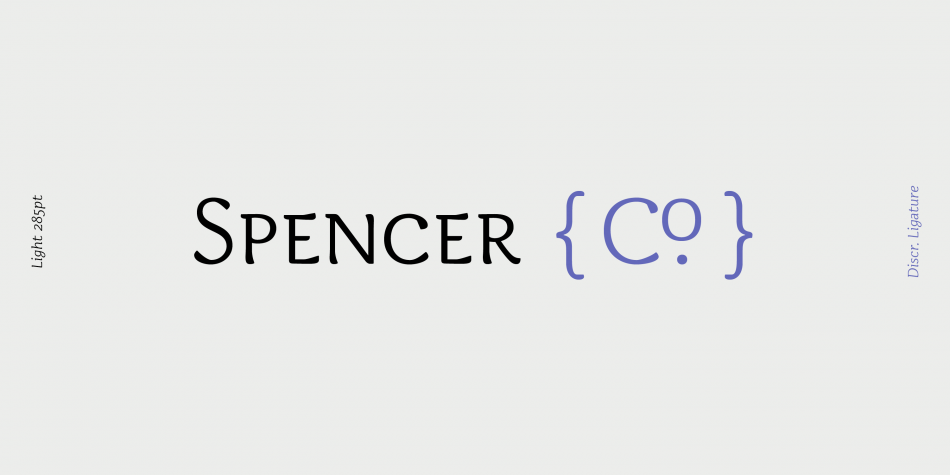 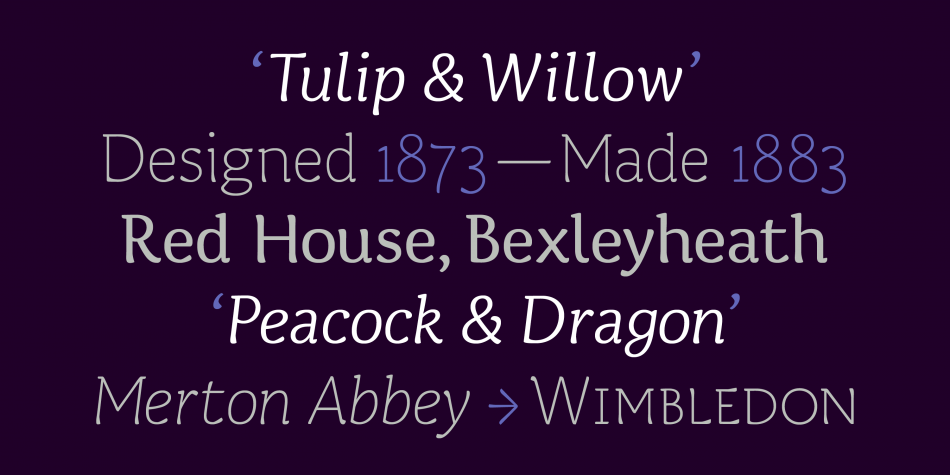 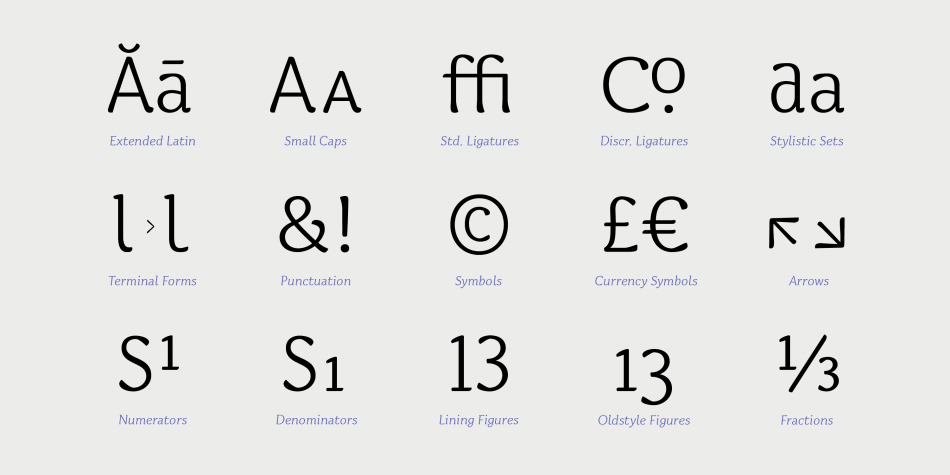 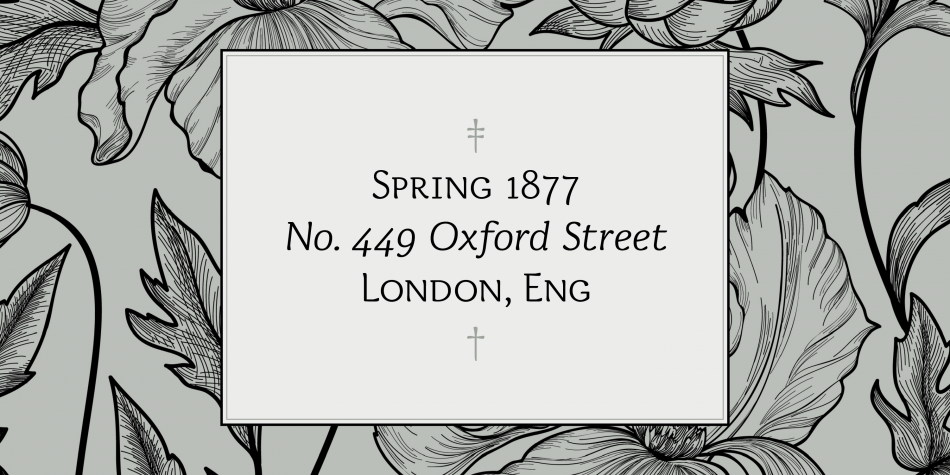 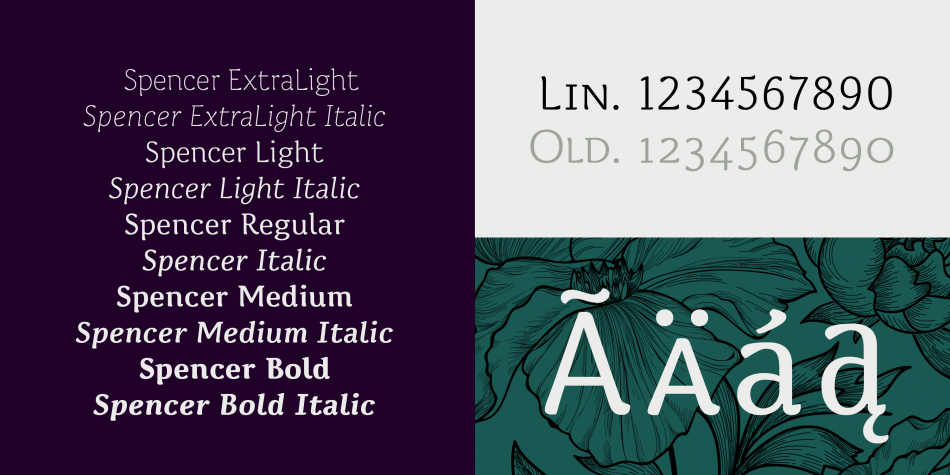 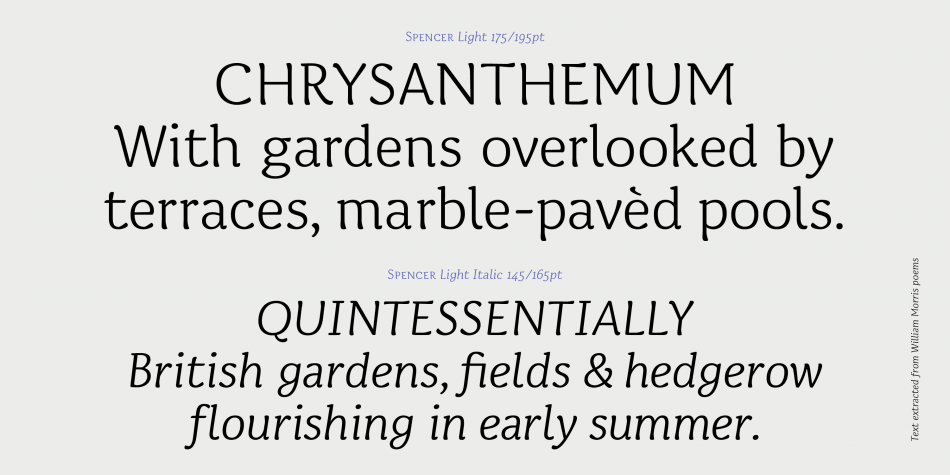 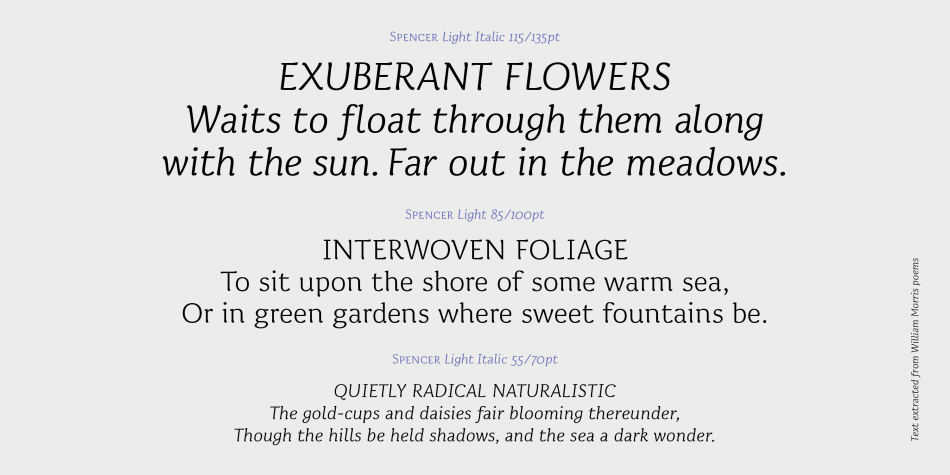 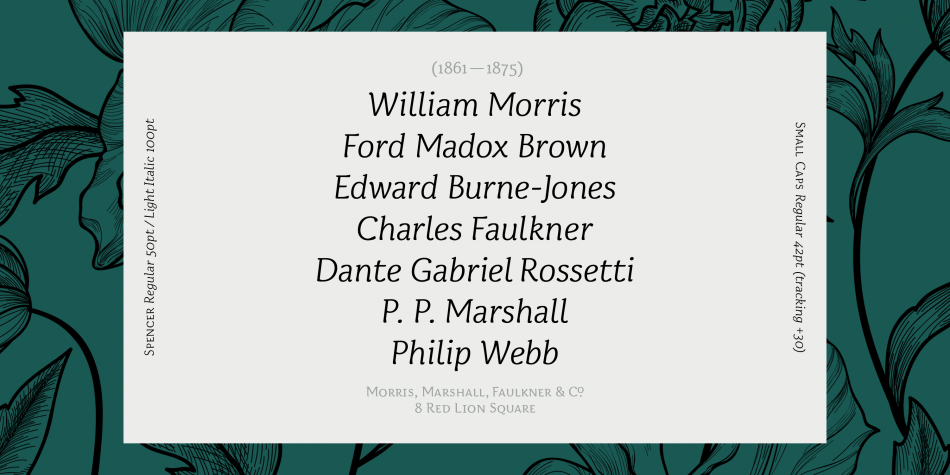 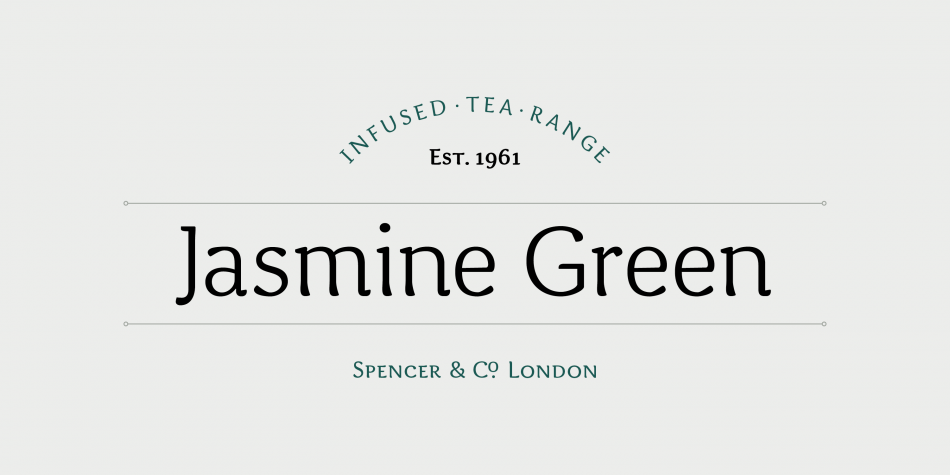 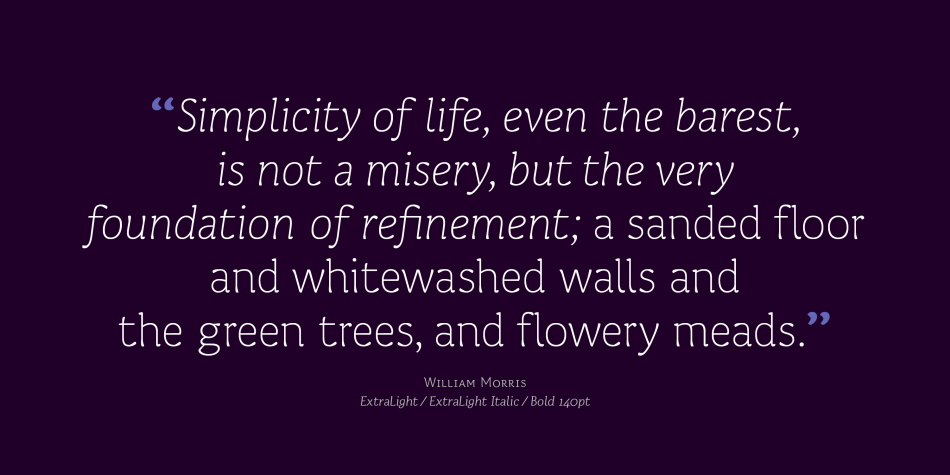 Designed by Sofie Beier, Spencer is a semi-serif font family. This typeface has ten styles and was published by The Northern Block.

Spencer is a calligraphic semi-serif type family that has been carefully designed to provide easily distinguishable letterforms that are practical in use, as well as aesthetically appealing. It’s natural and organic forms comes from a deep consideration of the efficiency of the visible word and provides the typeface with a distinct and unique voice.

Named after Herbert Spencer, an educator and researcher of legibility at the Royal College of Art in the sixties and seventies, and influenced by other early typographers and legibility researchers, such as Walter Tracy and John Harris. Spencer was designed as part of a legibility study by Sofie Beier and Kevin Larson.