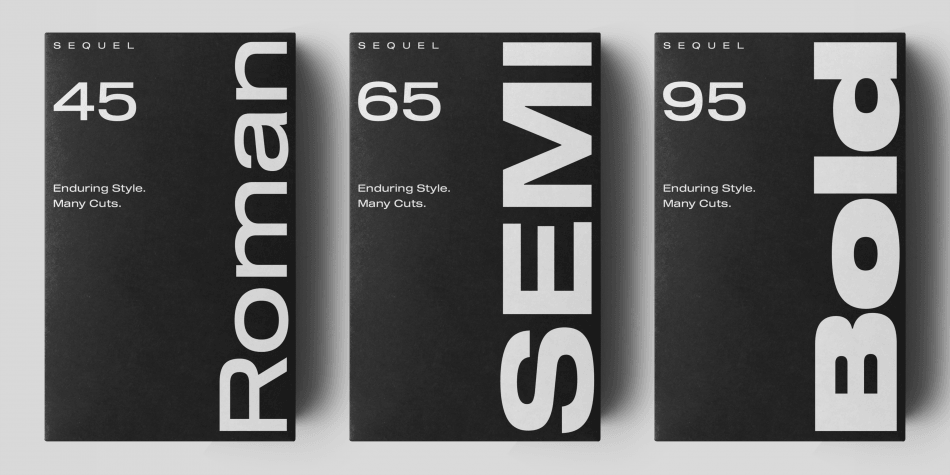 Designed by Oliver Jeschke, Sequel 100 Black is a sans serif font family. This typeface has sixteen styles and was published by OGJ Type Design.

Sequel 100 Black was designed in 2018 by type designer Jeschke in Berlin. It is based on the sans-serif typefaces of the early 19th century.

A characteristic feature of the Sequel 100 is the almost equal thickness of the vertical and horizontal strokes, the horizontally cut endings of the letters a, c, e, g, s, as well as a striking R.

Unlike other sans-serif faces, the forms are absolutely clean and the x-height, in the normal thickness gradation a bit higher, in favor of legibility.

Sequel 100 Black supports up to 74 languages, from light to bold, with the corresponding italics.
–
Fontshowing “Golden Spray Can Group” by Florian Hauer, Berlin.