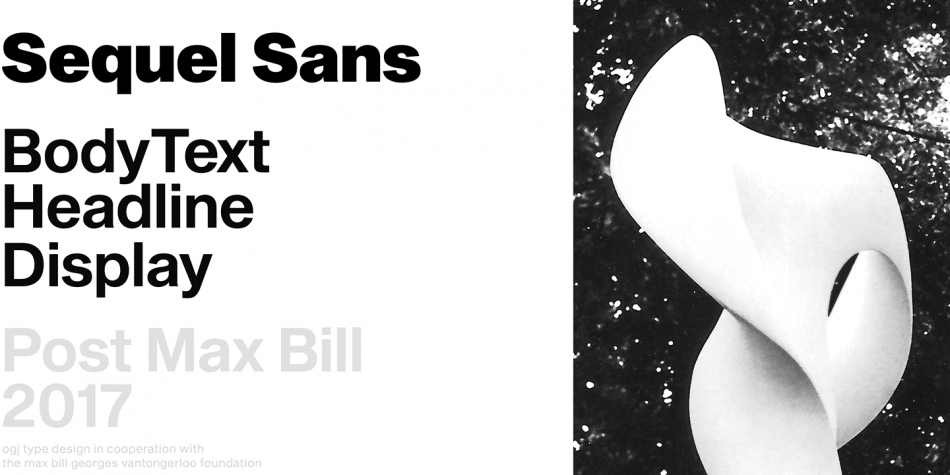 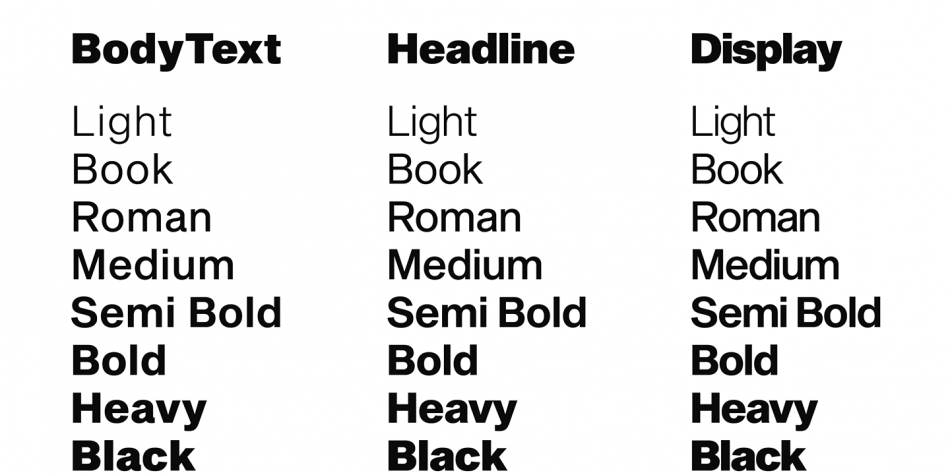 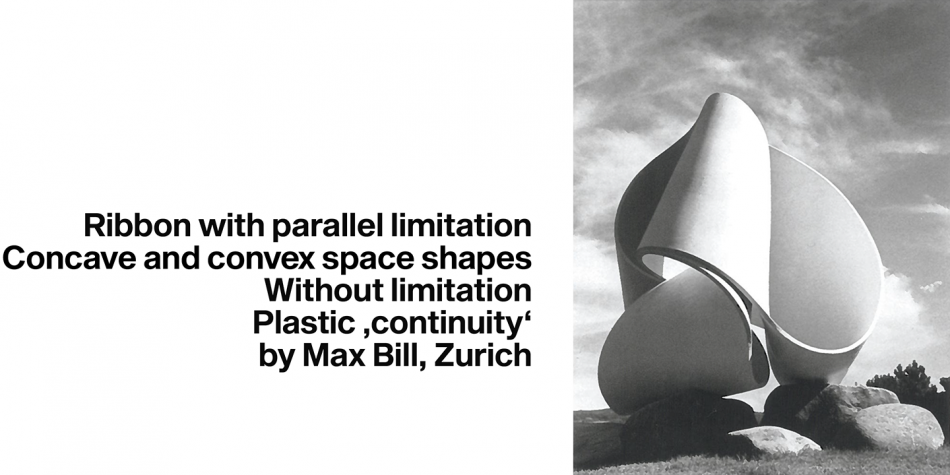 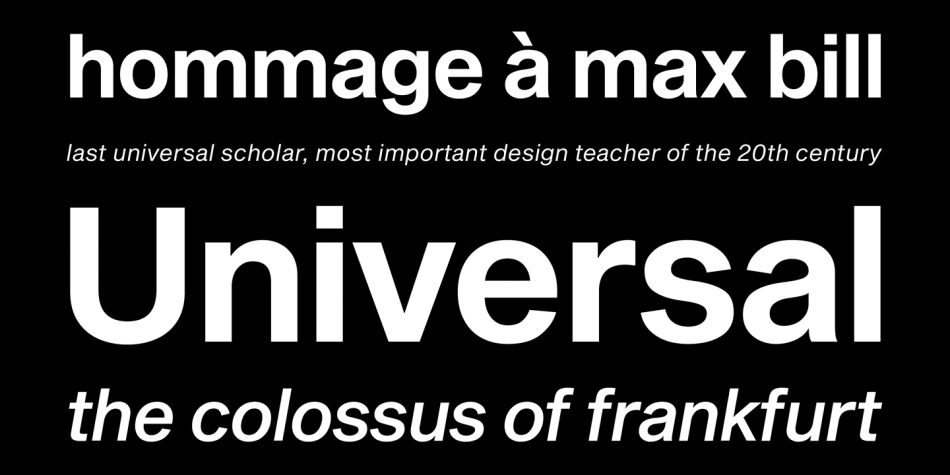 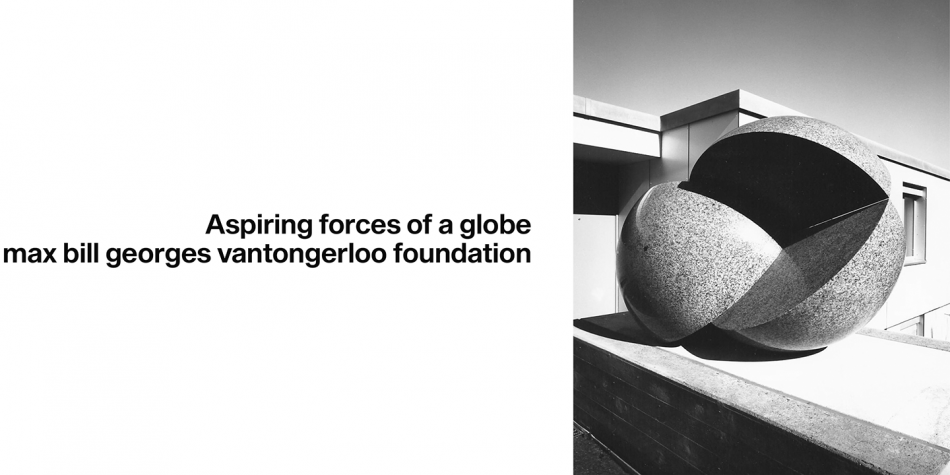 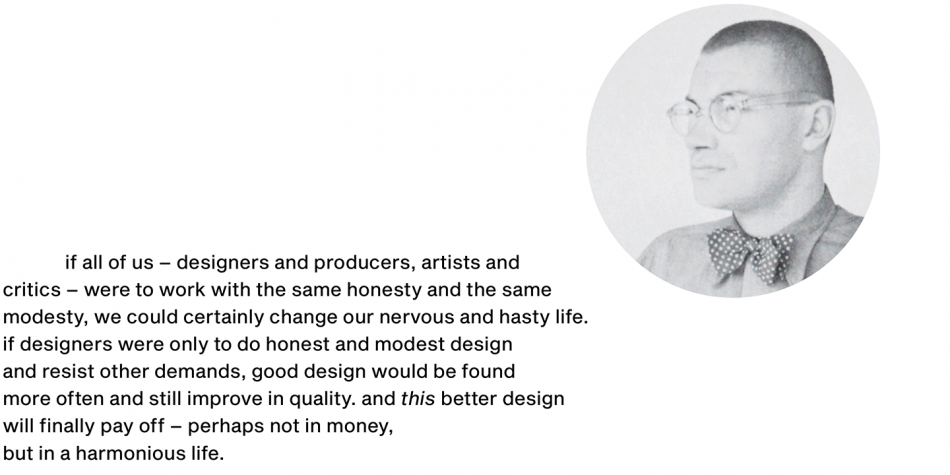 Designed by Oliver Jeschke, Sequel Sans is a sans serif font family. This typeface has forty-eight styles and was published by OGJ Type Design.

Sequel Sans is a post-Max Bill design, drawn and developed for versatile applications.

Designed in cooperation with the Max Bill Georges Vantongerloo Foundation in Zurich, this is a modern response to the traditional Max Bill themed design.

The simple shapes of Sequel Sans leave no doubt as to the function of its form — direct and purposeful, this modernist family will resonate strongly in projects that draw deeply upon late modernism for their aesthetic orientation.

There are superlatives, always very enthusiastic, when the importance of Max Bill is discussed. The trained silversmith studied at the Bauhaus, with personalities such as Josef Albers, Paul Klee and Oskar Schlemmer. He worked as an architect, and later as sculptor and designer.

The TrueType-fonts are auto-hinted and more precisely in small heights, while the OpenType-fonts suit perfect for anything in large heights. With less bezier points, which is better for production, e.g. the preparation of a laser-cut.