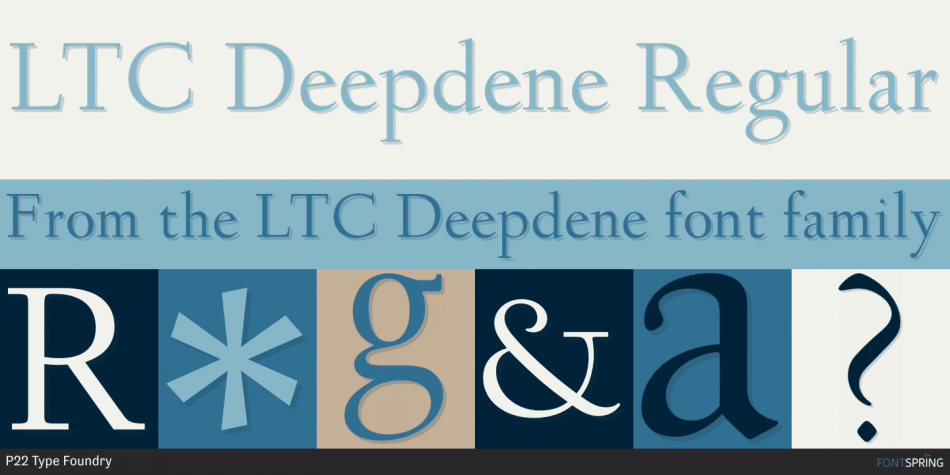 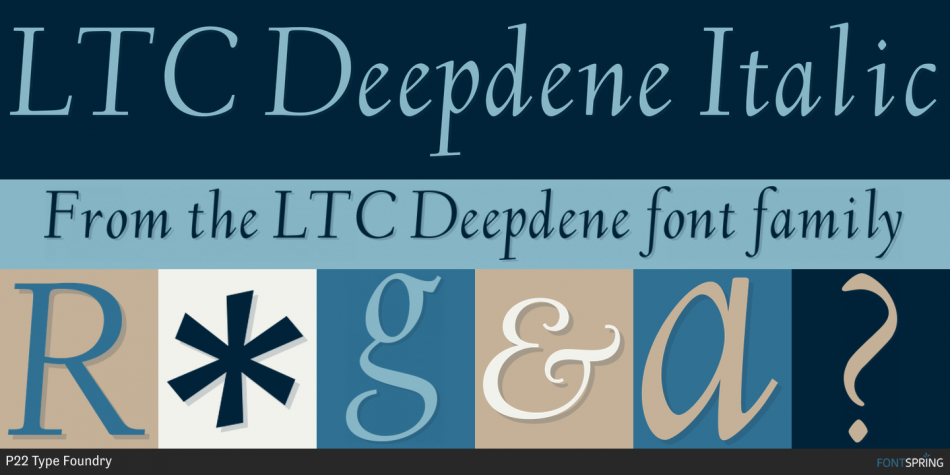 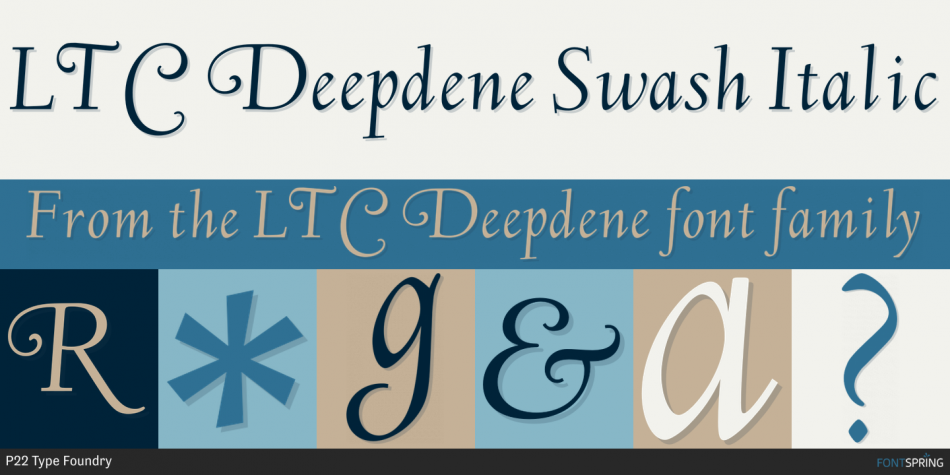 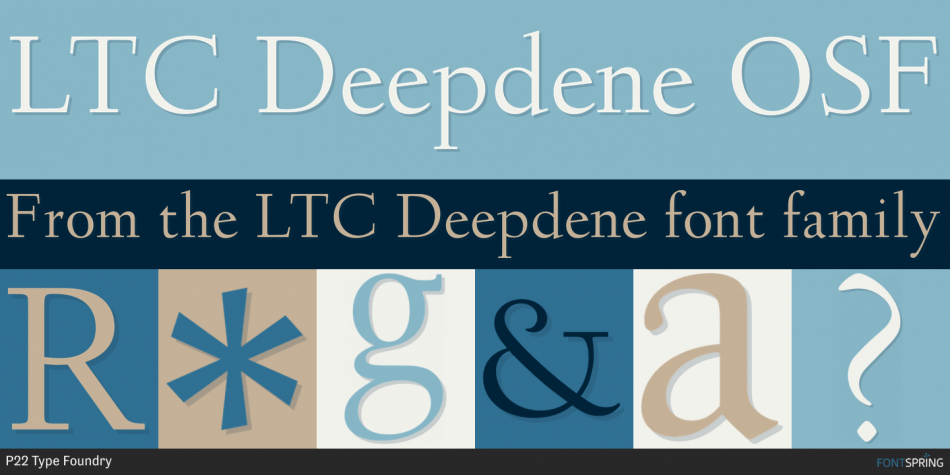 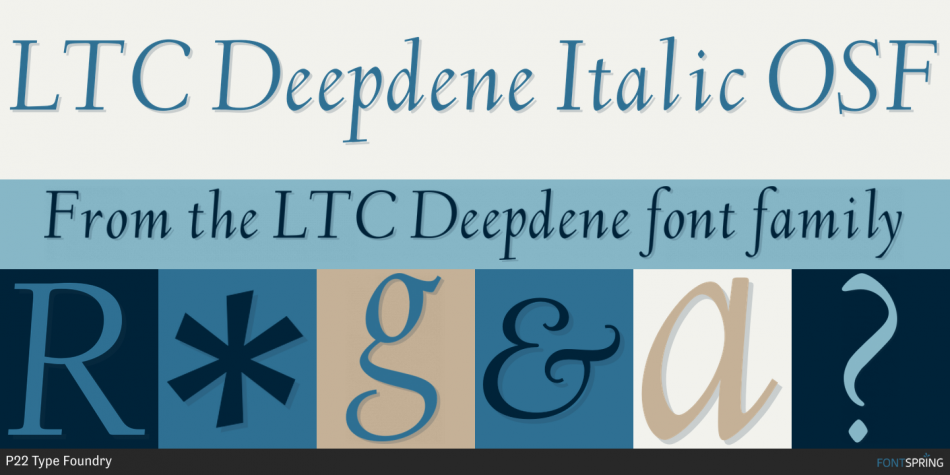 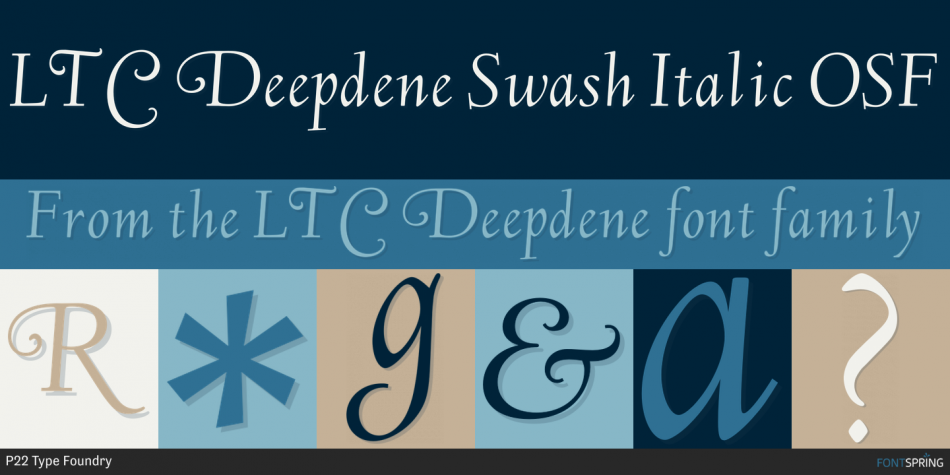 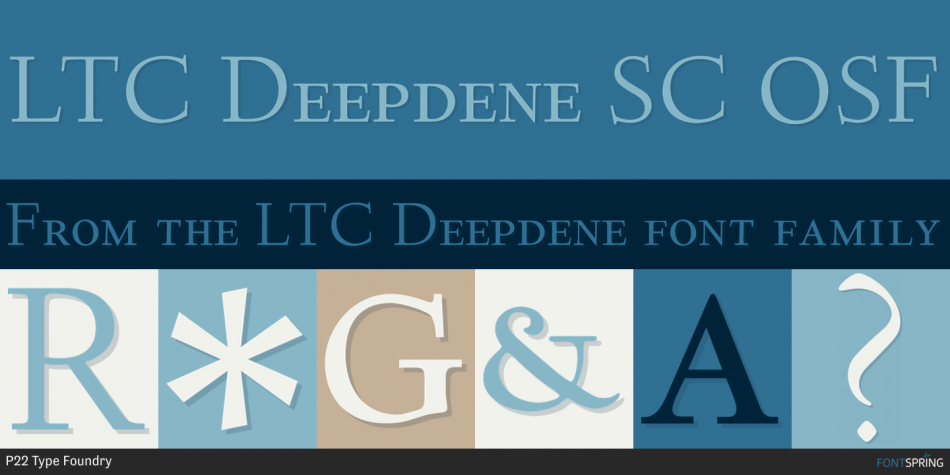 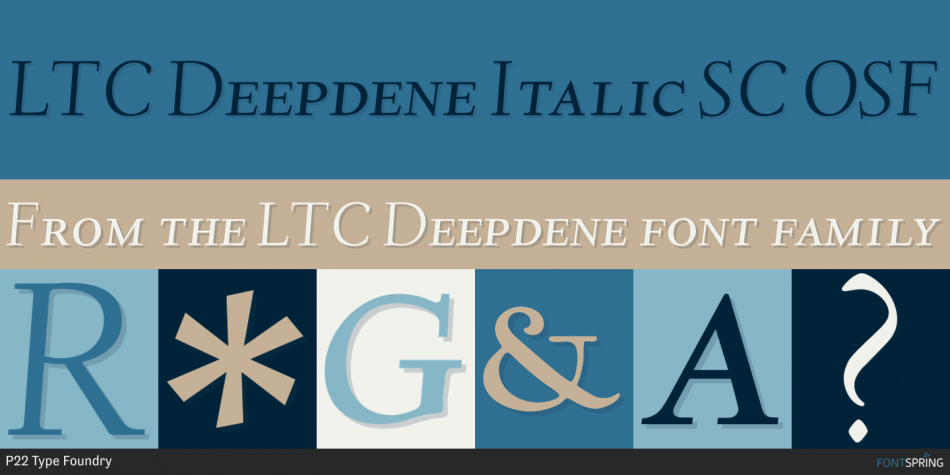 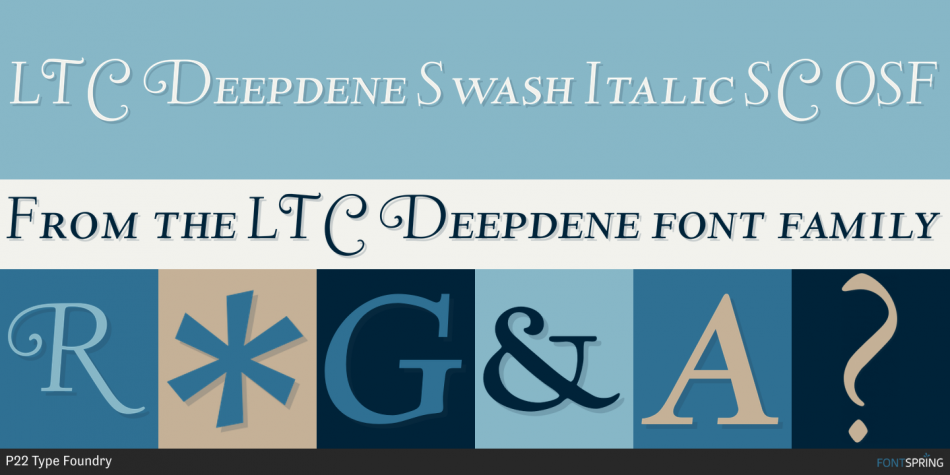 Designed by Jim Rimmer, Frederic W. Goudy and Colin Kahn, LTC Deepdene is a serif font family. This typeface has nine styles and was published by P22 Type Foundry.

Deepdene is a classic Frederic Goudy design named after his modest estate in Marlboro New York. It was originally designed in 1927 for his own Village Letter Foundry but adapted to Lanston Monotype machine casting in 1928 with the addition of Italics. Like many of Goudy’s italics, the inclination is subtle and in his own words “drew each character without reference to any other craftsman’s work”. The digital version of this handsome series includes roman, italic, small caps, accents, ligatures and swash italic.

The original Lanston Monotype type showing stated “in placing crispness into Deepdene Bold Italic, Mr. Goudy has maintained in it the outstanding features of his other Deepdene faces…The inclination is somewhat less than usual in italic designs, and the letters have a pen drawn effect which is distinctive as well as pleasing. The Deepdene family is unique among Mr. Goudy’s diversified types.” We concur.