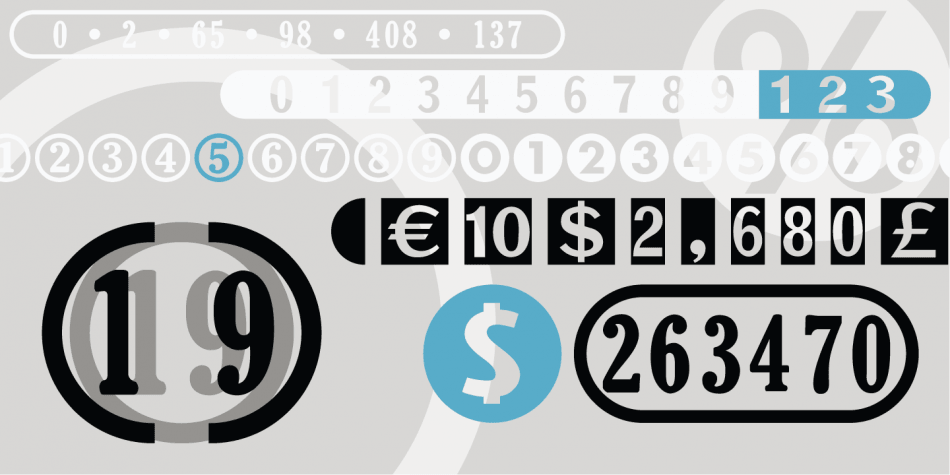 Originally released in digital form under the name “Figures Square”, this symbol font has been expanded to include round numbering glyphs in full and half circles to make any round encapsulated 2 digit number combination quickly and effortlessly. A center figure option is included to make possibilities literally infinite! Also included are monetary symbols in matching round and square varieties. Symbol placement key chart included.