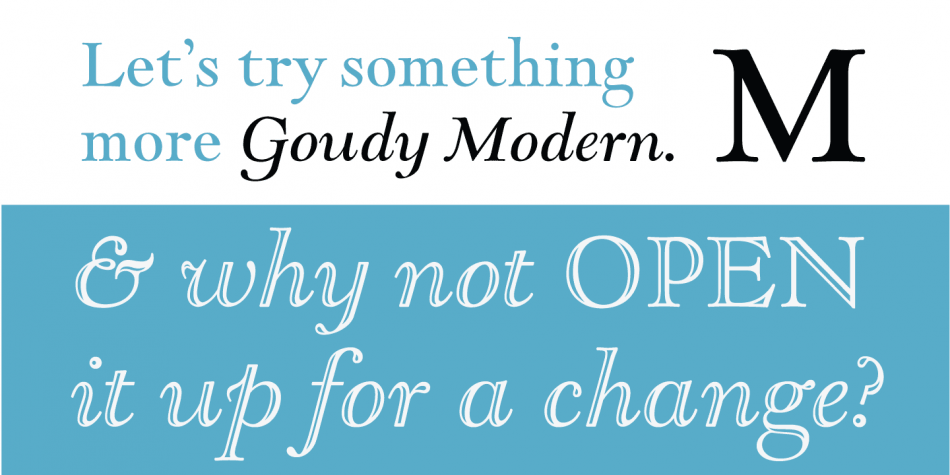 Designed by Frederic W. Goudy and Paul Hunt, LTC Goudy Open is a display serif font family. This typeface has four styles and was published by P22 Type Foundry.

A two font family. This contains every font in the LTC Goudy Open Family.

Goudy Open was designed by Frederic Goudy, who was inspired by the caption of a French engraving. It is Goudy’s first attempt at a “modern” face, but with less contrast and rigidity normally found in Bodoni style Modern faces.

Goudy Modern was designed later in 1918 after viewing a proof of Goudy Open with the line filled in. Not a true “modern” face, but still a Goudy classic.

The Pro versions include ligatures, varieties of numerals and Central European character sets.