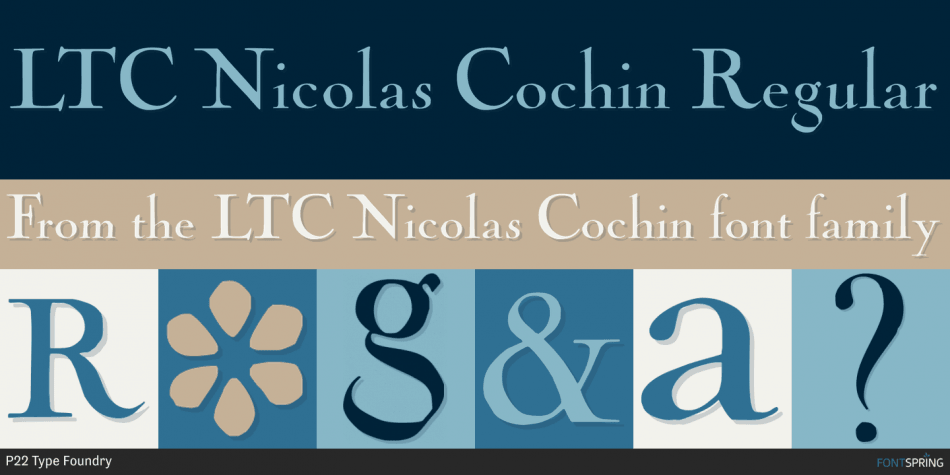 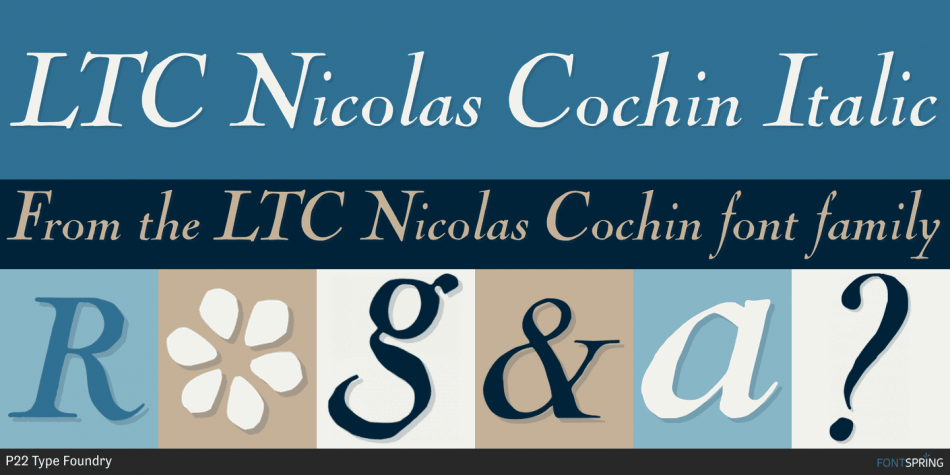 Designed by Georges Peignot, LTC Nicolas Cochin is a serif font family. This typeface has two styles and was published by P22 Type Foundry.

A two font family. This contains every font in the LTC Nicolas Cochin Family.

Nicolas Cochin (not to be confused with another font named simply “Cochin”) was originally designed by Georges Peignot in the early 20th Century. It was based on engraved letters of the 17th Century artist Charles Nicolas Cochin. Several digital versions can now be found, but none have kept the irregular details of the metal type which include strokes that cross over each other as if hand drawn (see letters K & y). The new Lanston digitization is the only digital version to retain the idiosyncratic treatment which makes the metal type so alluring.