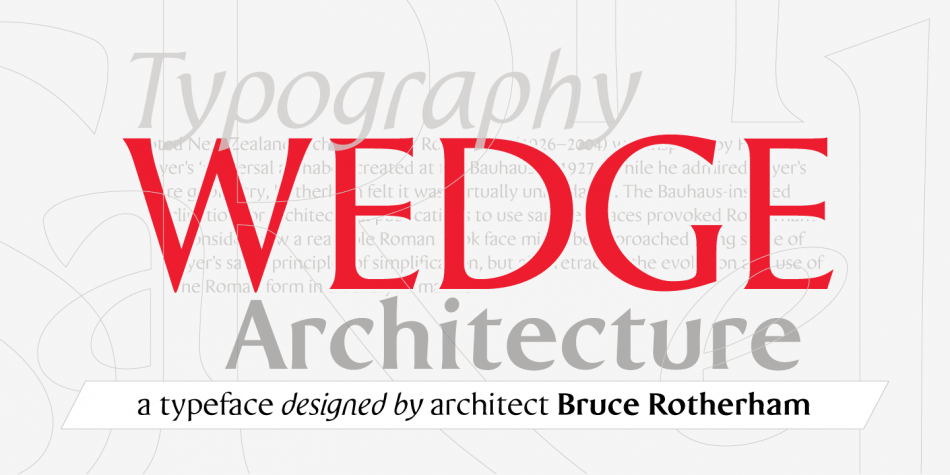 P22 Wedge is a serif font family. This typeface has three styles and was published by P22 Type Foundry.

‘Wedge’ is the outcome of a search for the essence of a formal alphabet for text — for 26 letters of the simplest form consistent with ease of reading.

Noted New Zealand architect Bruce Rotherham (1926–2004) was inspired by Herbert Bayer’s ‘universal alphabet’ created at the Bauhaus in 1927. While he admired Bayer’s pure geometry, Rotherham felt it was ‘virtually unreadable’. The Bauhaus-inspired inclination for architectural publications to use sans serif faces provoked Rotherham to consider how a readable Roman book face might be approached using some of Bayer’s same principles of simplification, but also retracing the evolution and use of the Roman form in an analytic manner.

The Wedge alphabet was started in 1947 when Rotherham was an architecture student at the University of Auckland. Picked up again in 1958 with some promise, but ultimately, it was shelved for some 30 years and reworked digitally in the early 1990s. Over sixty years after it was first conceived, Wedge is now commercially available from P22.