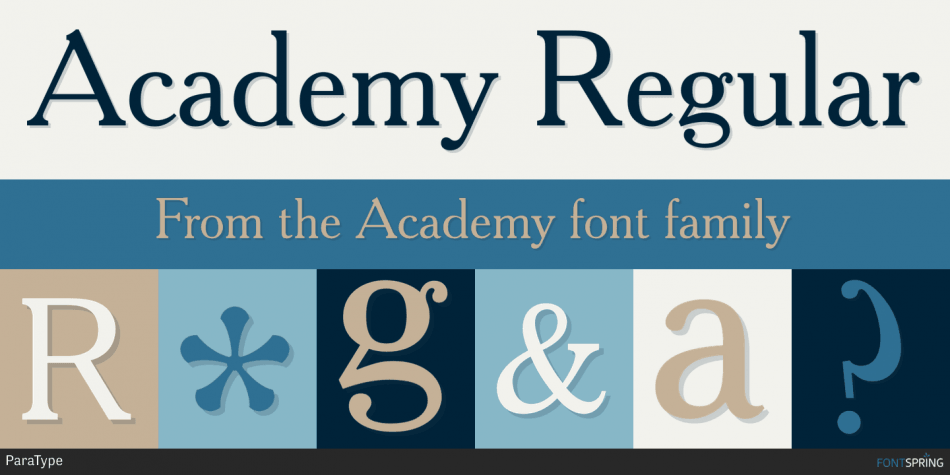 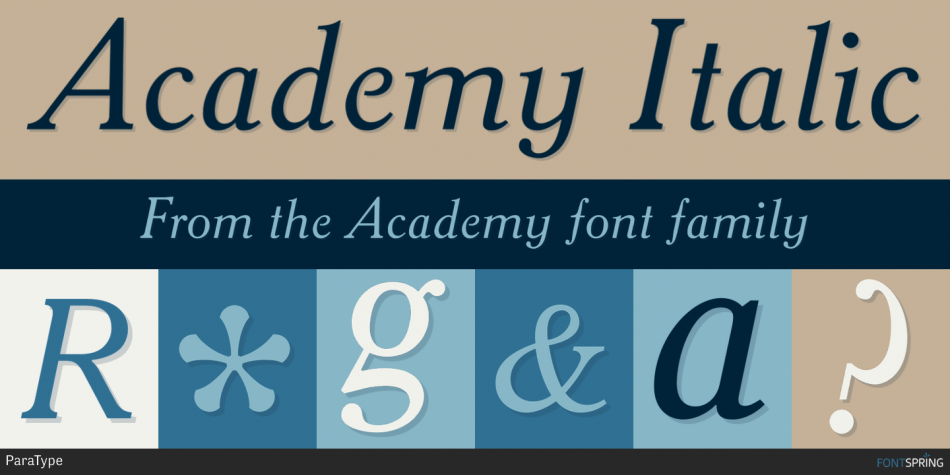 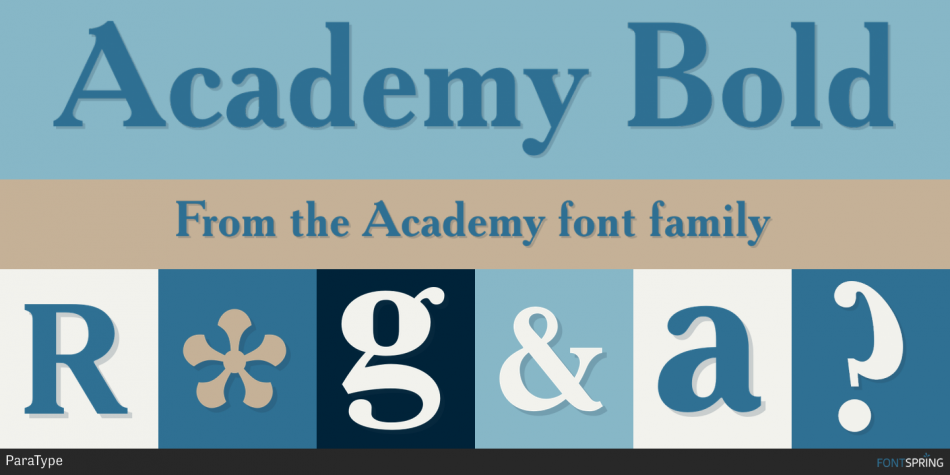 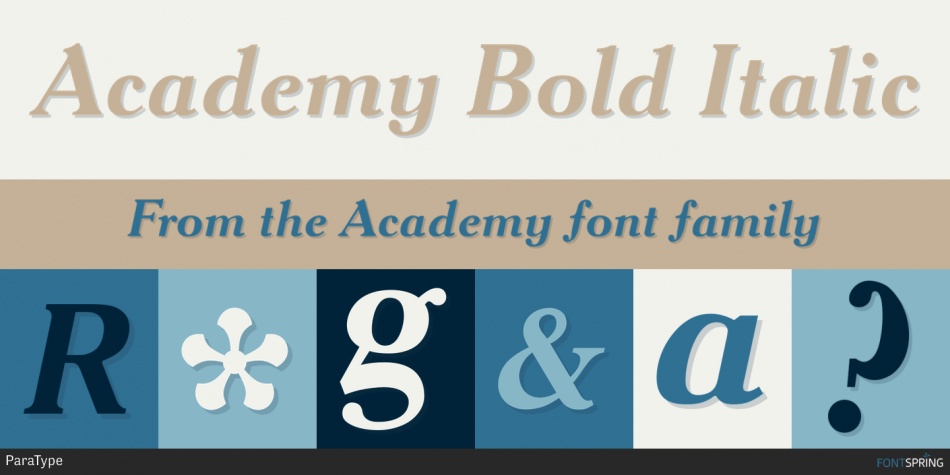 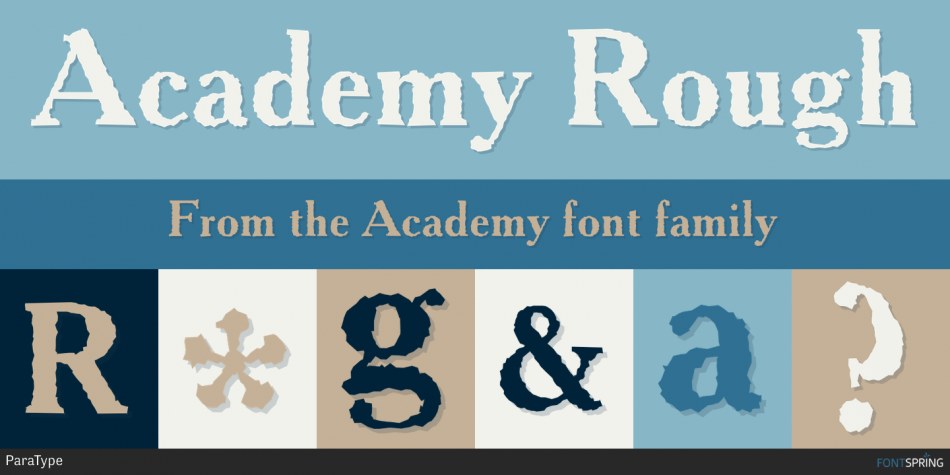 Designed by Lyubov Kuznetsova and Alexander Tarbeev, Academy is a grunge, serif and display serif font family. This typeface has five styles and was published by ParaType.

Academy was designed circa 1910 at the Berthold type foundry (St.-Petersburg). It was based on Sorbonne (H. Berthold, Berlin, 1905), which represented the American Type Founders rework Cheltenham of 1896 (designers Bertram G. Goodhue, Morris F. Benton) and Russian typefaces of the mid-18th century. It is a low-contrast text typeface with historical flavor.

The modern digital version was designed at Polygraphmash type design bureau in 1989 by Lyubov Kuznetsova. Corrections and additions were done later in ParaType in the early 00’s. The reworked version with Bold Italic style was released in 2009 and the extended version of the Book style with small caps was released in 2013. Corrections and extensions were done by Vladimir Yefimov.