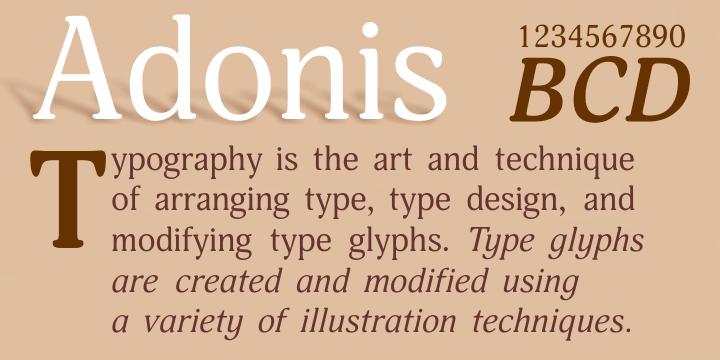 Designed by Natalia Vasilyeva, Adonis is a serif font family. This typeface has four styles and was published by ParaType.

Adonis is a typeface of classical appearance with slightly oblong proportions, small rounded serifs, and soft letterforms. The face is both space-saving and quite legible in small sizes. The family consists of four standard font styles and proposed for text and display typography. Designed by Natalia Vasilyeva. The first version in Cyrillic character set was released in ParaType in 2002. The new version corrected in design and extended in character set to Western and Central European languages was released in 2011.