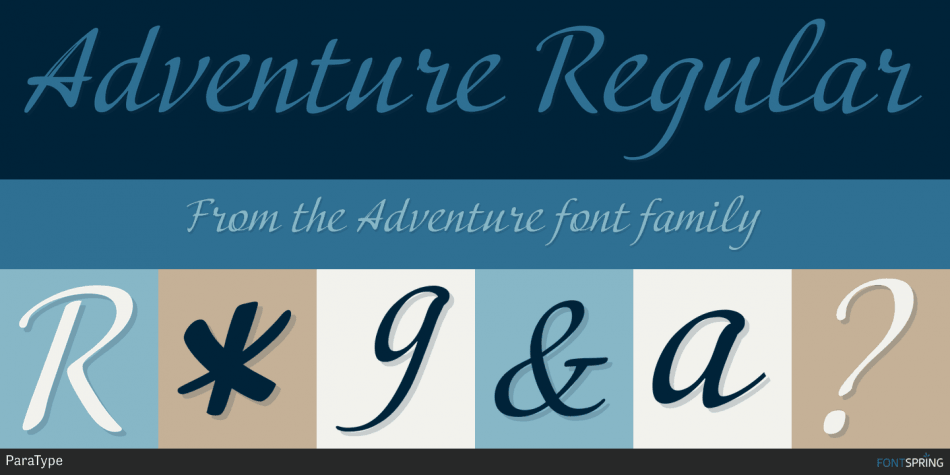 Designed by Natalia Vasilyeva, Adventure is a script font published by ParaType.

The Adventure typeface is a calligraphic script originally designed by Natalia Vasilyeva in the Cyrillic character set in 2001. An extension to include the Western code page was done in 2007. The full multilingual version was developed in 2011.

It is best suited for use in advertising and display typography. The full version was released by ParaType in 2012.