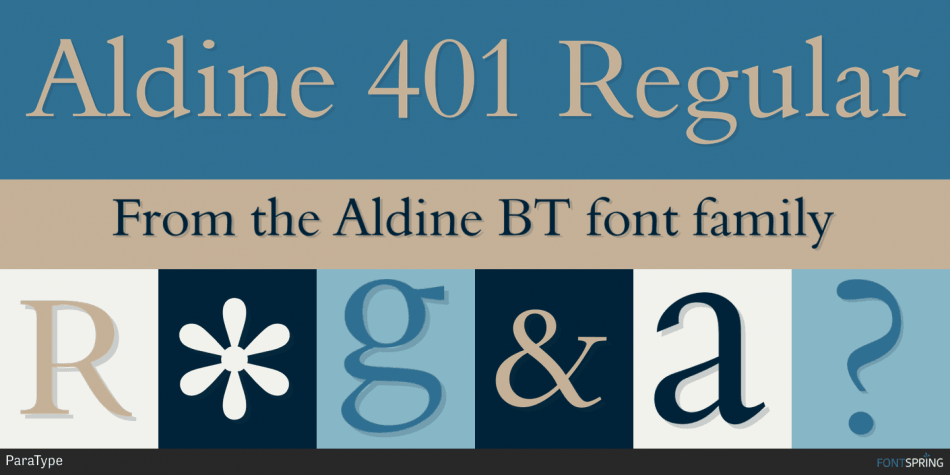 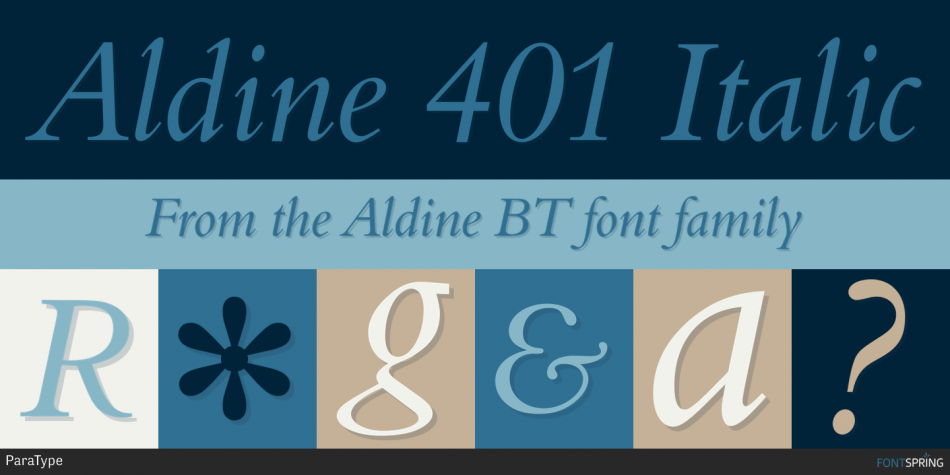 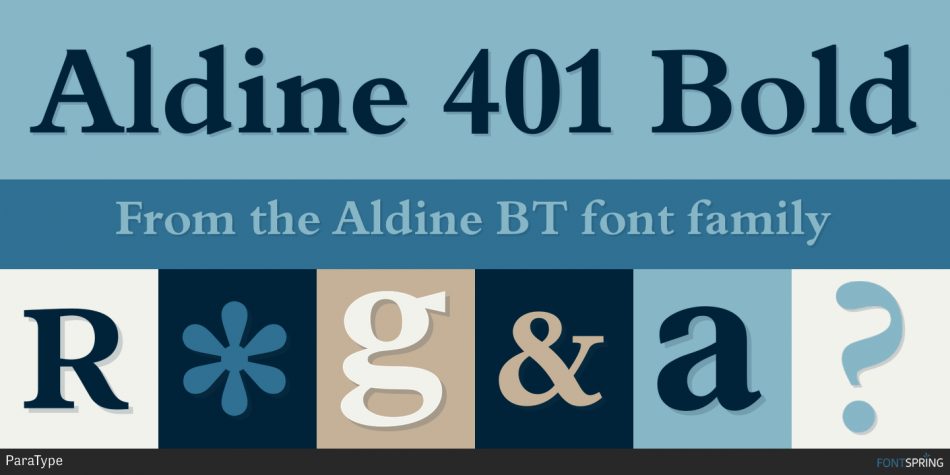 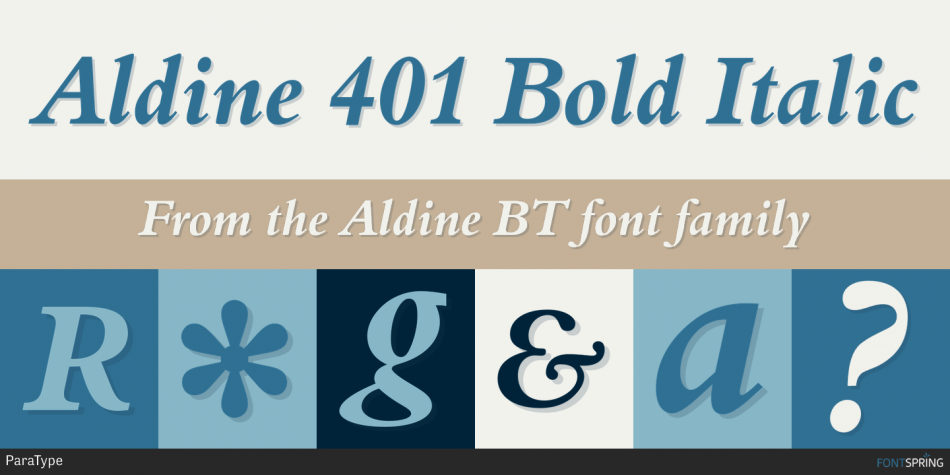 Designed by Isabella Chaeva, Aldine BT is a serif font family. This typeface has four styles and was published by ParaType.

Aldine 401 is a Bitstream version of Bembo type family. It was designed on the base of artwork of Francesco Griffo for Aldus Manutius. The first time the font appeared in “De Aetna” in 1495 — the book by Pietro Bembo about his journey to Mount Etna. Griffo’s design is one of the first old style typefaces, it was followed by Garamond and the forerunner for the standard text types in Europe for the next two centuries. A modern version was designed in Monotype under the supervision of Stanley Morison the in 1929 and got the name Bembo. Until now Aldine 401 is still very popular in book design due to its well-proportioned classic letterforms and lack of peculiarities. The italic was based on the handwriting of Giovanni Tagliente of the beginning of 16th century. Books and other texts set in Aldine 401 can encompass a large variety of subjects and formats because of its quiet classical beauty and its high readability. Cyrillic version was developed by Isabella Chaeva and released by ParaType in 2008.