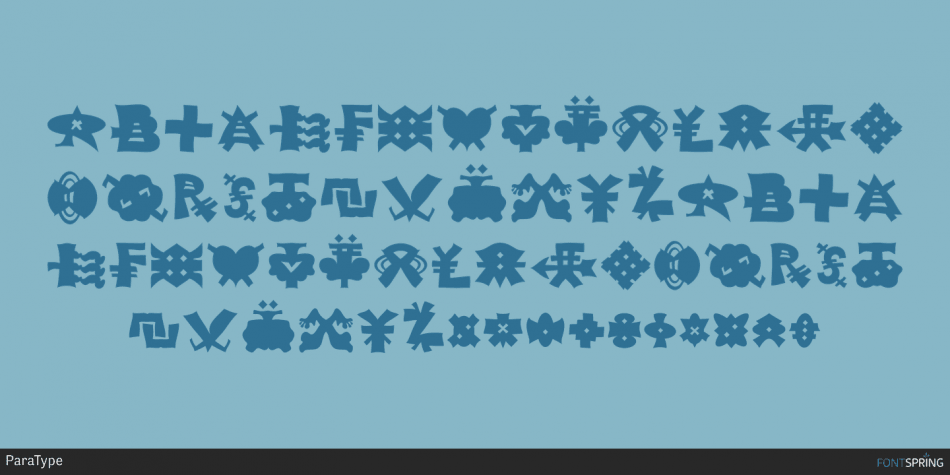 Designed by Yury Frolov, Alien Alphabet is a dingbat font published by ParaType.

Designed in 2007 by Yury Frolov and licensed by ParaType. Alien Alphabet is inspired by the ideas of change, transformation, creative deconstruction and mutual penetration of various cultures, languages, and opposing cognitive systems, which seem to be prevalent in our ‘globalized’ civilization. It appears as various visual constructs—archetypal symbolism, pieces of the world alphabets, socio-cultural icons, mathematical formulae, etc.,—broke down into pieces and were reassembled in a way that carried traces of previous meanings. However, this contradictory mutation invokes enigmatic meanings and emotions begging for further definition and interpretation. Alien Alphabet shapes arranged in linear sequential manner tend to evoke a sense of written language. The fact that a message cannot be understood does not really change its emotional appeal. Moreover, the less message can be deciphered, the more seems to be the appeal—for it triggers our imagination. In fact, we may not want to know the actual meaning because deep inside we are afraid that this might be just another alien dry-cleaning receipt.