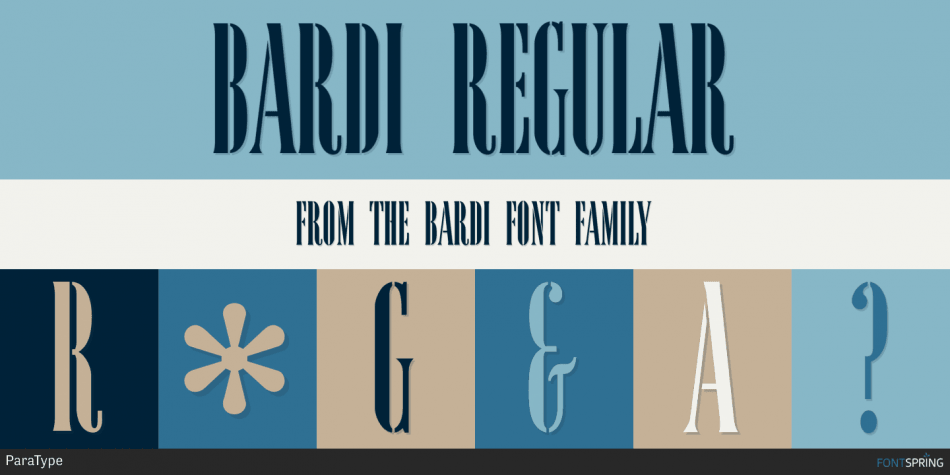 Designed by Manvel Shmavonyan, Bardi is a stencil and display serif font published by ParaType.

Bardi is an original typeface designed for ParaType in 2004 by Armenian designer Manvel Shmavonyan. It is based on the lettering created in 1970s by outstanding Armenian type designer Henrik Mnatsakanyan (1923-2001) of the same name. In Armenian ‘Bardi’ means ‘Poplar’.

For use in advertising and display typography especially in magazine headlines and logos.