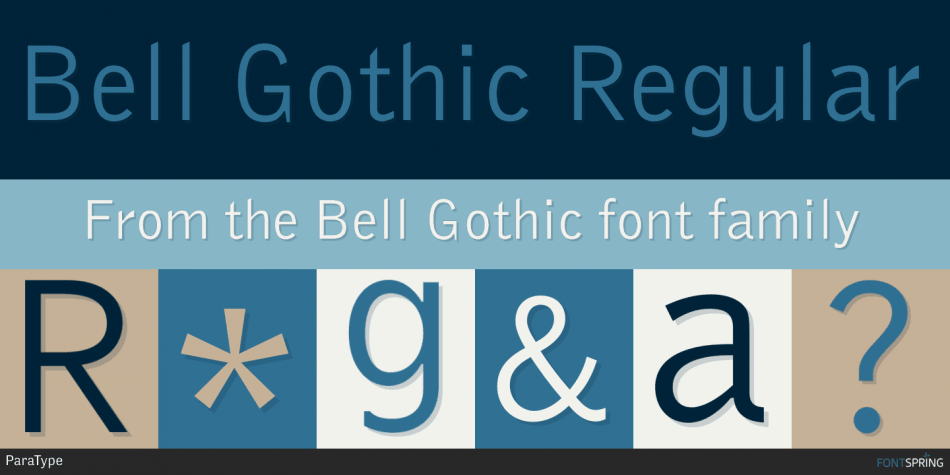 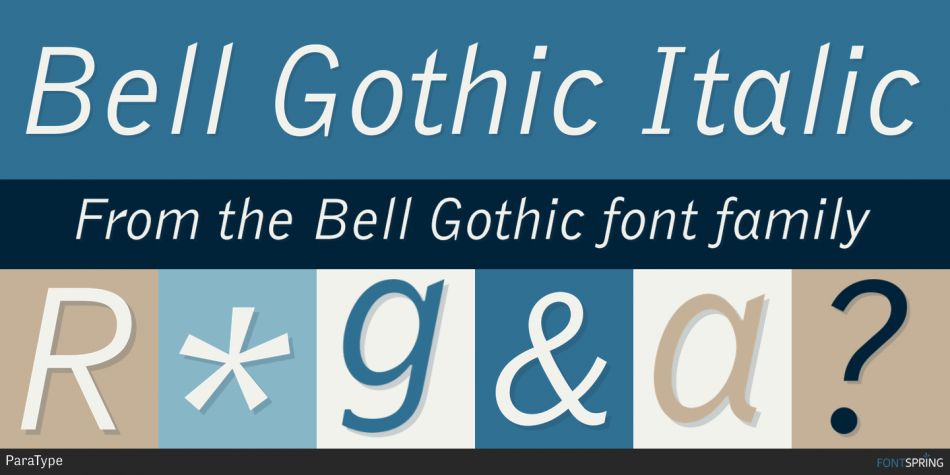 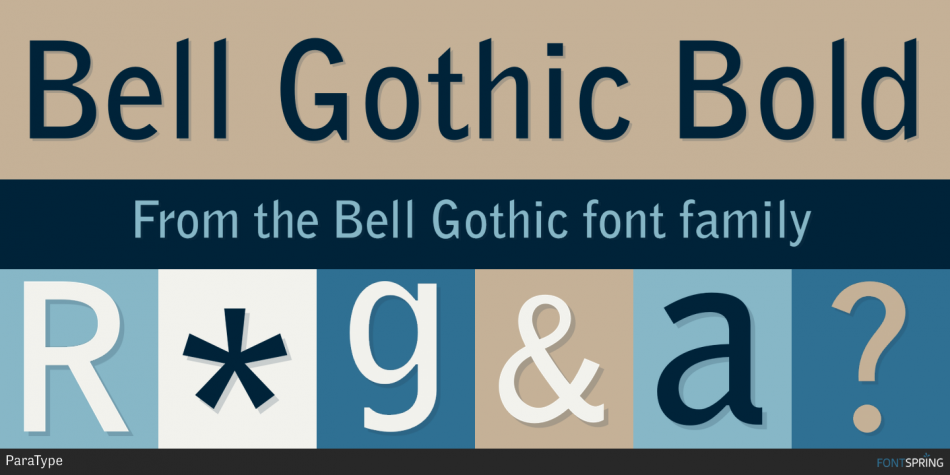 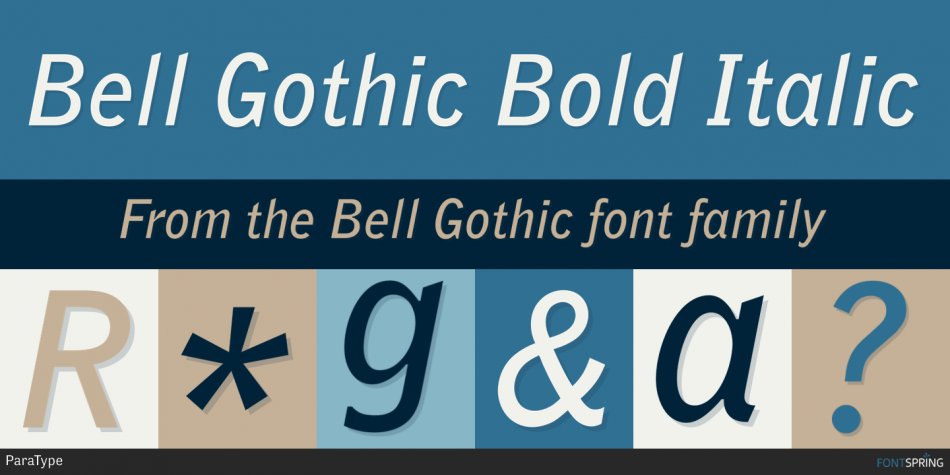 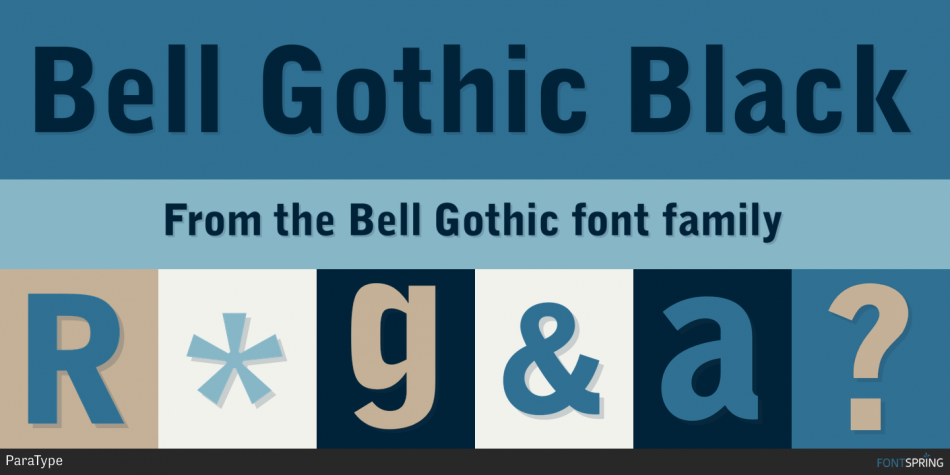 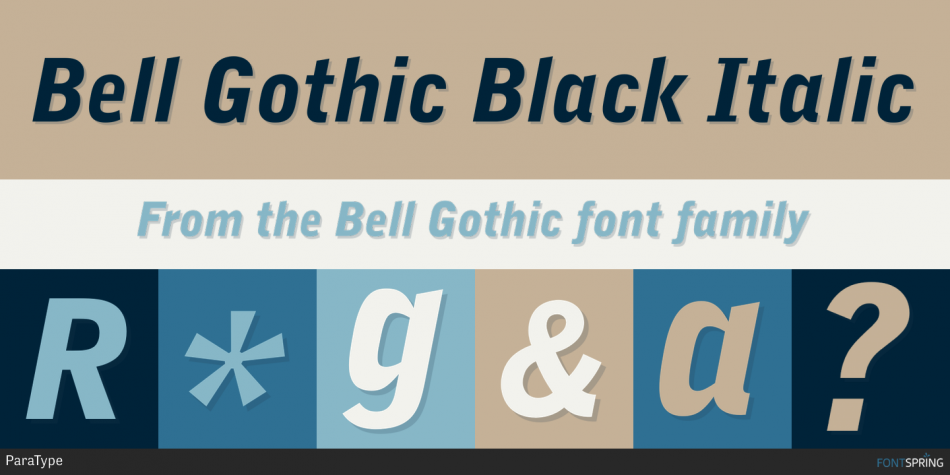 Designed by Isabella Chaeva, Bell Gothic is a sans serif font family. This typeface has six styles and was published by ParaType.

The Bitstream version of Bell Gothic designed by Chauncey H. Griffith in 1938 for use in the telephone directories of the Bell Telephone Company. It is a good Sans Serif choice for listings, catalogues and directories due to its design is very space saving. The weight of the line is moderate and uniform. Besides as clear and easy-to-read font Bell Gothic is popular now for display and magazine advertising. Cyrillic version by Isabella Chaeva was released by ParaType in 1999. Italic styles added in 2009 by the same designer.