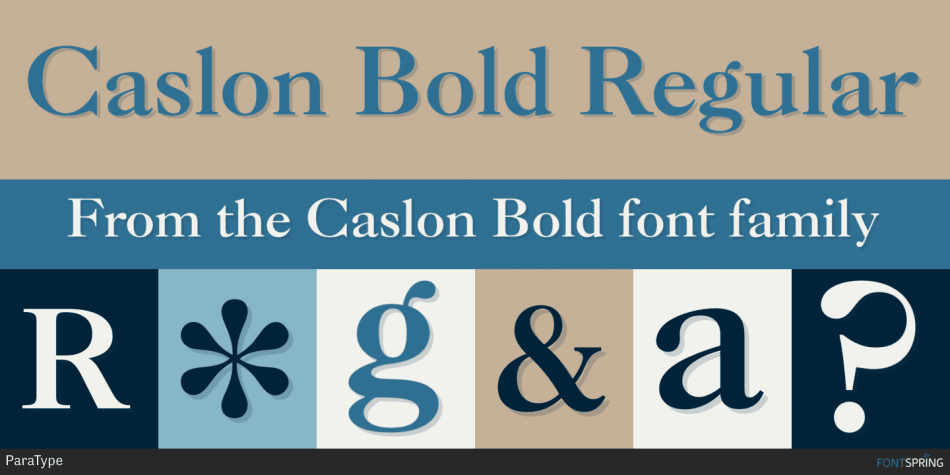 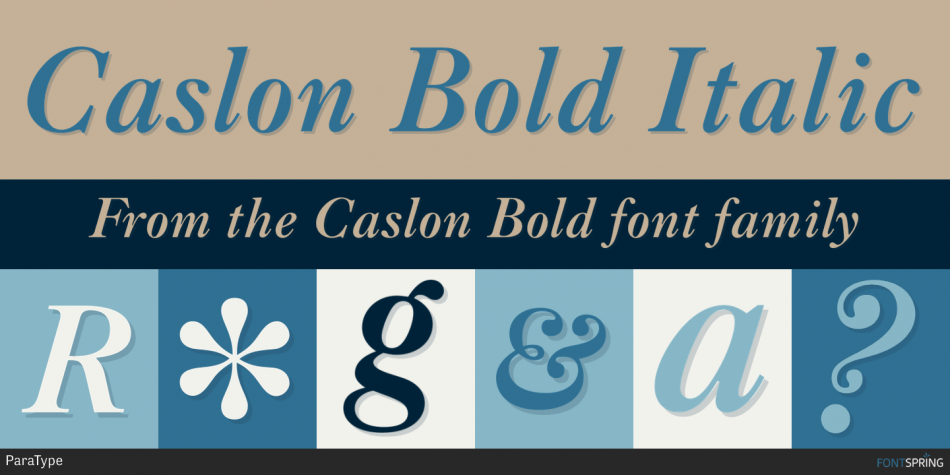 Caslon Bold is a serif font family. This typeface has two styles and was published by ParaType.

This is the Bitstream version of Caslon Bold of the American Type Founders, 1905. It is based on William Caslon I’s first English Old Style typefaces of 1725. Caslon modeled his designs based on late 17th century Dutch types, but his artistic skills enabled him to improve those models, bringing a variety of forms and subtlety of details.

Strokes in Caslon fonts are somewhat heavier than in earlier Old Style fonts, serifs are thicker and a bit stubby. Italic letters have uneven slope. A text set in Caslon looks legible and aesthetically appealing. Caslon is a favorite font of English printers for setting of classical literature.

The Cyrillic version was developed for ParaType in 2002 by Isay Slutsker and Manvel Shmavonyan.