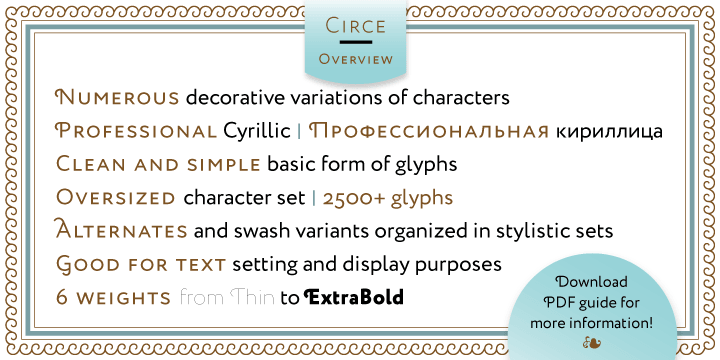 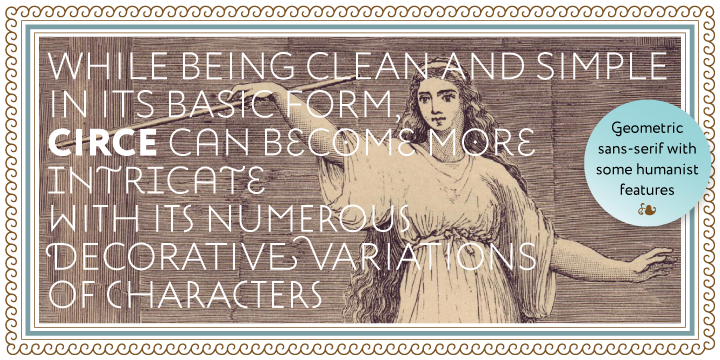 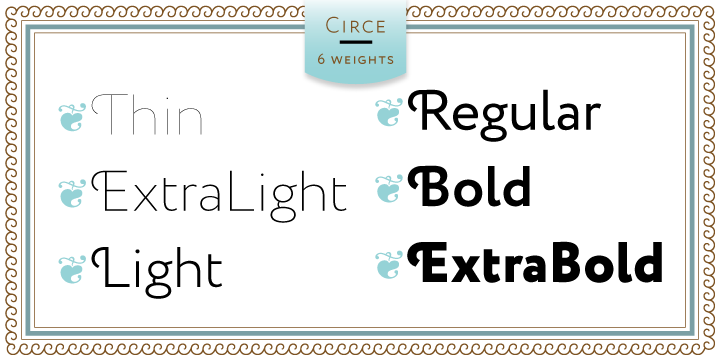 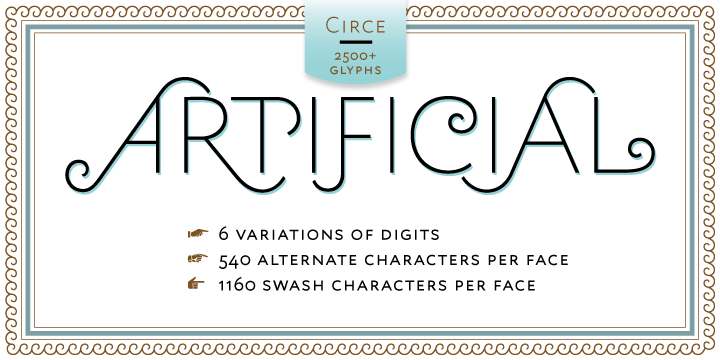 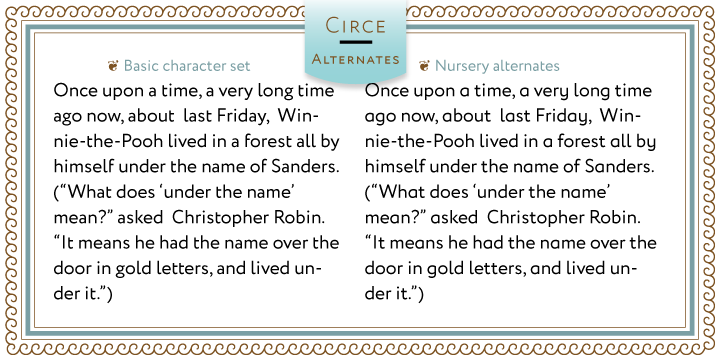 Designed by Alexandra Korolkova, Circe is a sans serif font family. This typeface has six styles and was published by ParaType.

Circe is a geometric sans-serif with some humanist features in 6 weights from Thin to Extra Bold. Name of the font derives from both its geometric shapes and artificial, kinky nature. While being clean and simple in its basic form, Circe can become more intricate with its numerous decorative variations of characters, tempting and challenging the designer to use more and more of them and finally—probably— making him look foolish like the sailors who got to Circe’s island. Its oversized character set not only allows using Circe for almost all European languages (based on Latin and Cyrillic scripts) but also contains a lot of alternates and swash variants organized in stylistic sets which make the font look in several completely different ways. Circe is good for both text setting in small point sizes and display purposes, such as magazine headlines, posters and so on. Designed by Alexandra Korolkova and released by ParaType in 2011.