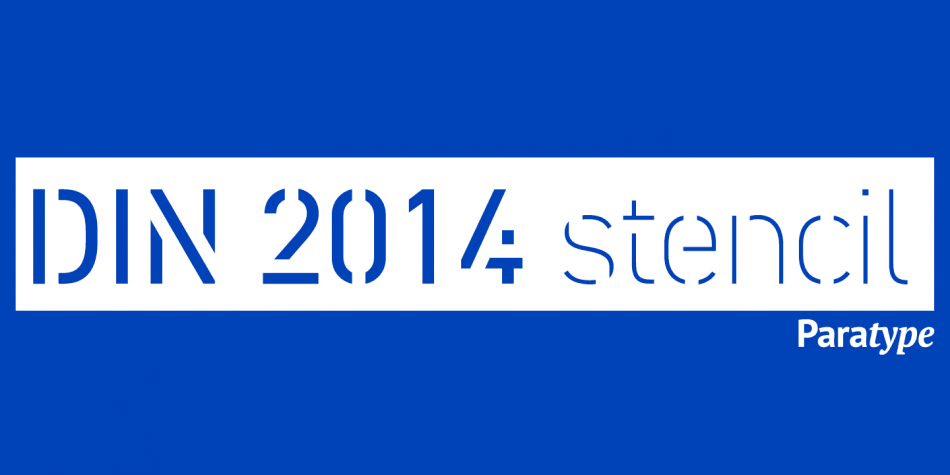 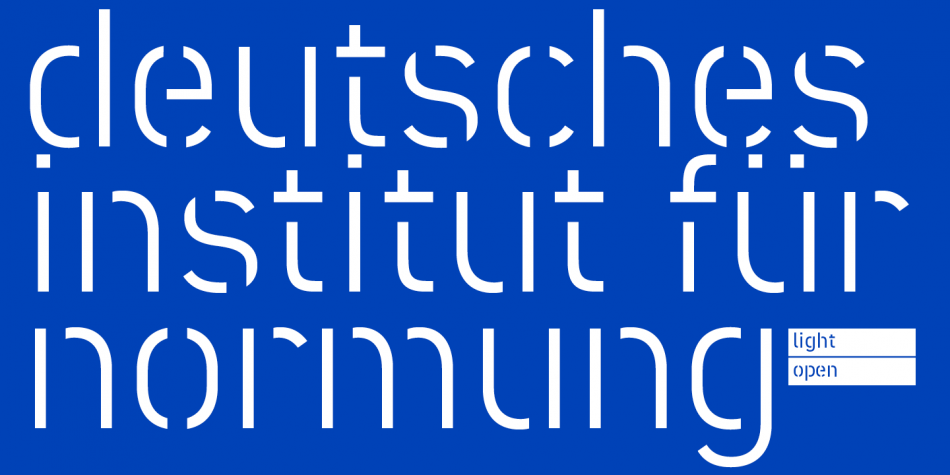 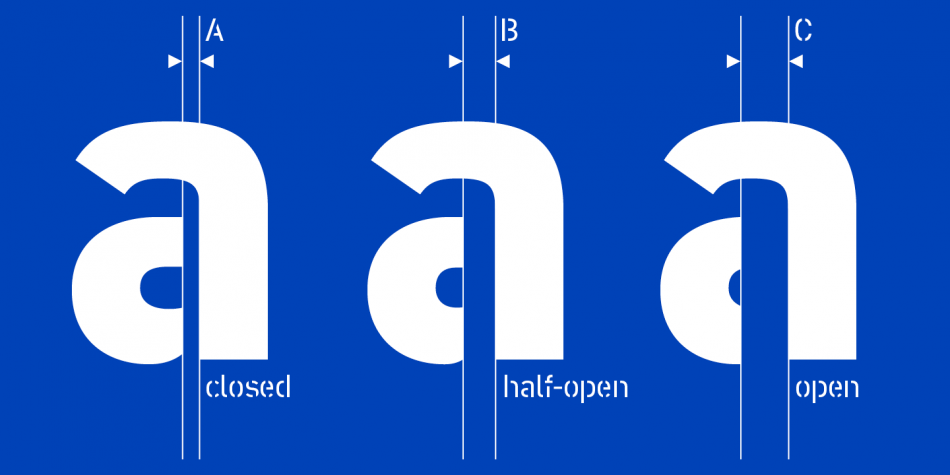 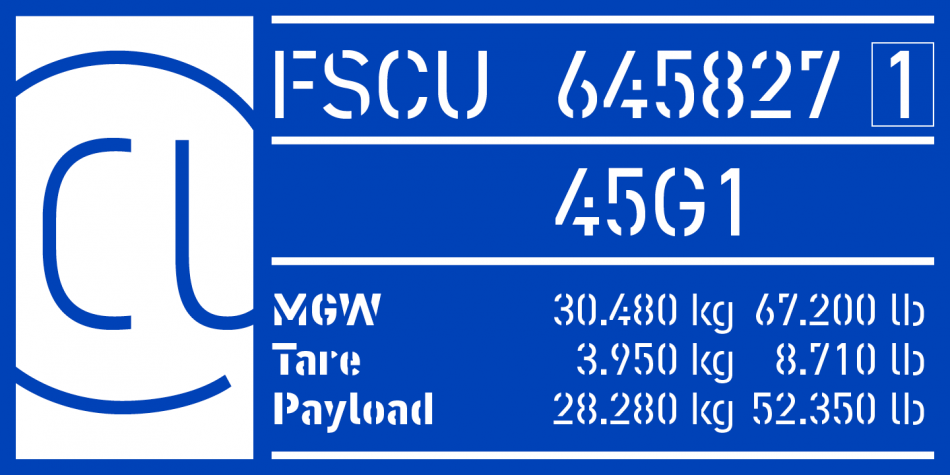 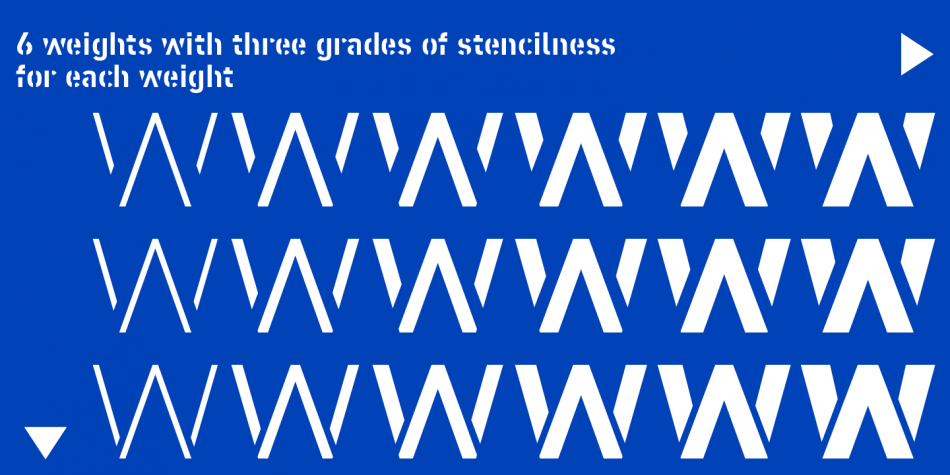 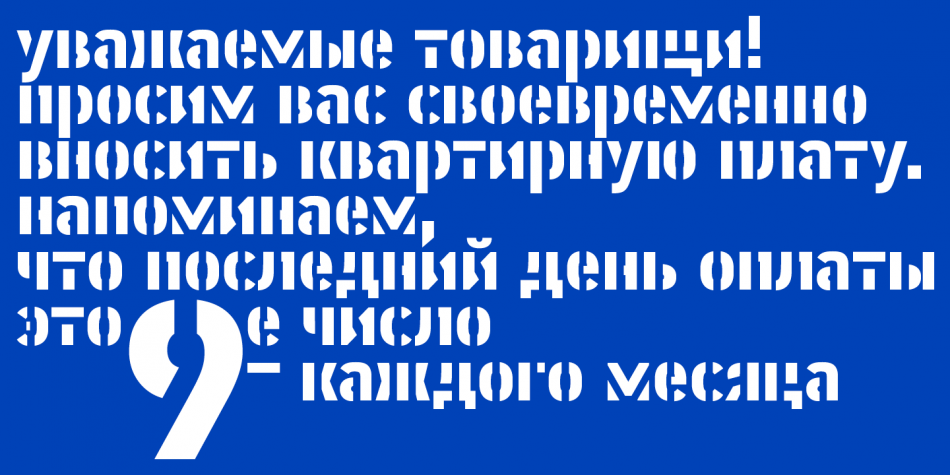 Designed by Vasily Biryukov, DIN 2014 Stencil is a stencil font family. This typeface has eighteen styles and was published by ParaType.

DIN 2014 Stencil is a stencil version of DIN 2014 typeface inspired by signage, data plates and stencilled building inscriptions. The typeface has a pronounced industrial spirit and can be used in the most rigorous conditions.

DIN 2014 Stencil family consists of 18 styles which include six weights (corresponding to DIN 2014) with three grades of ‘stencilness’ for each weight.

The typeface was designed by Vasily Biryukov and released by Paratype in 2017.