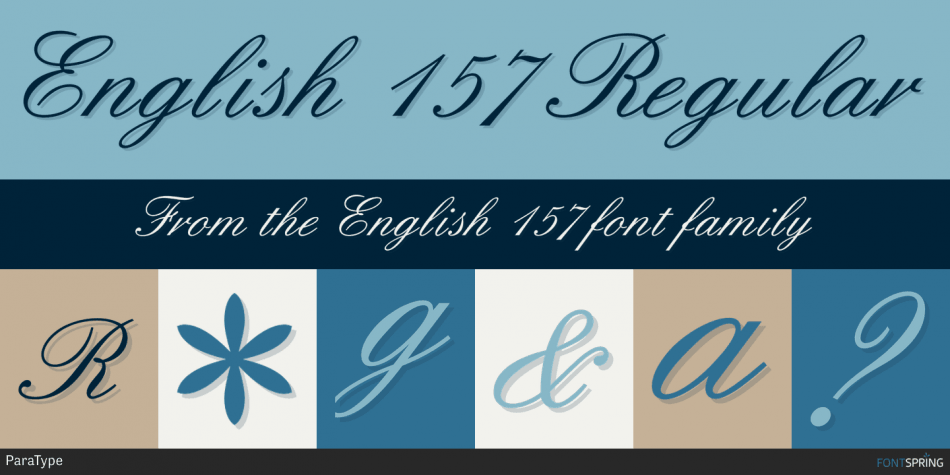 Designed by Vladimir Yefimov, English 157 is a script font published by ParaType.

The Bitstream version of Englische Schreibschrift by H. Berthold, 1970-72. A copperplate incoherent script of the English nineteenth-century fashion, so-called Spencerian. Based on pressure pointed quill calligraphy. Unlike other copperplate scripts, the letters in this face do not link up. For use in advertising and display typography in relatively small sizes.

Cyrillic version was developed at ParaType in 2000 by Vladimir Yefimov.