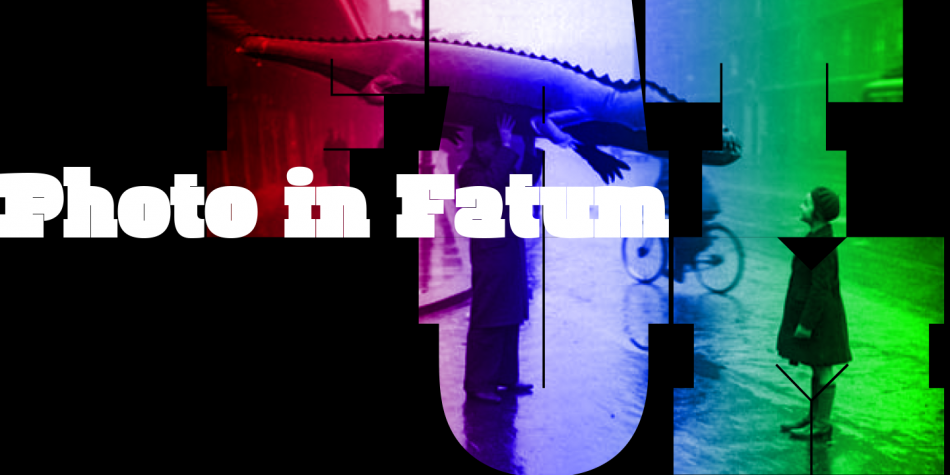 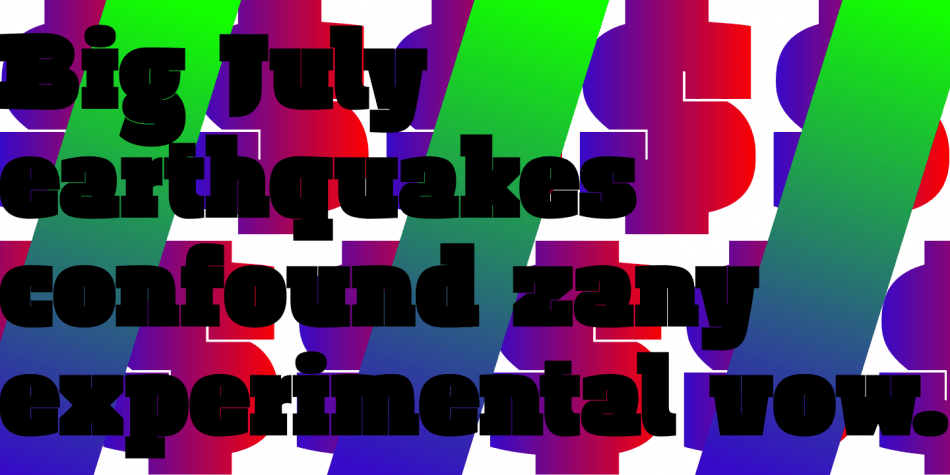 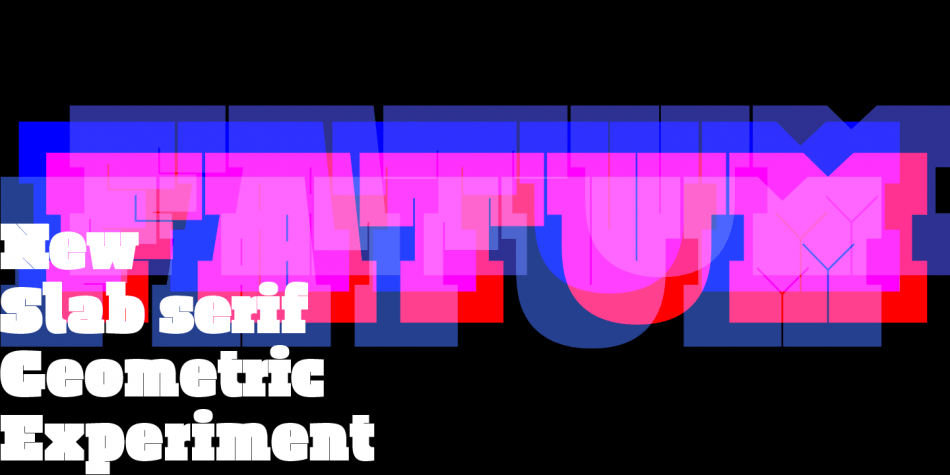 Designed by Morozova Sveta, Fatum is a display serif font published by ParaType.

Fatum™ is a new original ultrablack slab serif typeface that was initiated by the impression of the TDC 2011 exhibition. Redundant stem thickness and closed character shapes make a feeling that counterspaces are the narrow slits cut in massive character bodies. Fatum can be used in large sizes in placards, playbills, in the headings of magazines, newspapers and Web-pages, as initials in book setting, for typographic illustrations and compositions.

Ultrablack weight also gives a possibility to insert pictures, ornaments or other decorations into the contours of letters. Typeface was designed by Sveta Morozova and released by ParaType in 2013.