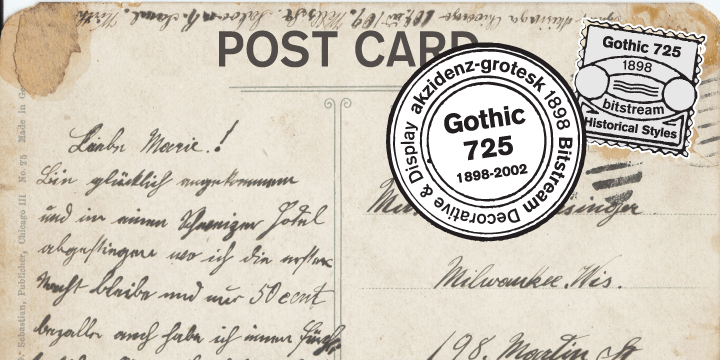 Designed by Tagir Safayev, Gothic 725 is a sans serif font family. This typeface has two styles and was published by ParaType.

Gothic 725 is the Bitstream version of Akzidenz-Grotesk first issued in 1898 by H. Berthold type foundry (Berlin). It is one of the most famous earliest Sans Serifs known as Grotesques. As its name says Akzidenz-Grotesk is ideal for ‘jobbing’ printing, tables, headlines and newsletters. Also the face was frequently used as a body type especially in the middle of the 20th century by a Swiss design movement. Cyrillic version was developed for ParaType in 2002 by Tagir Safayev.