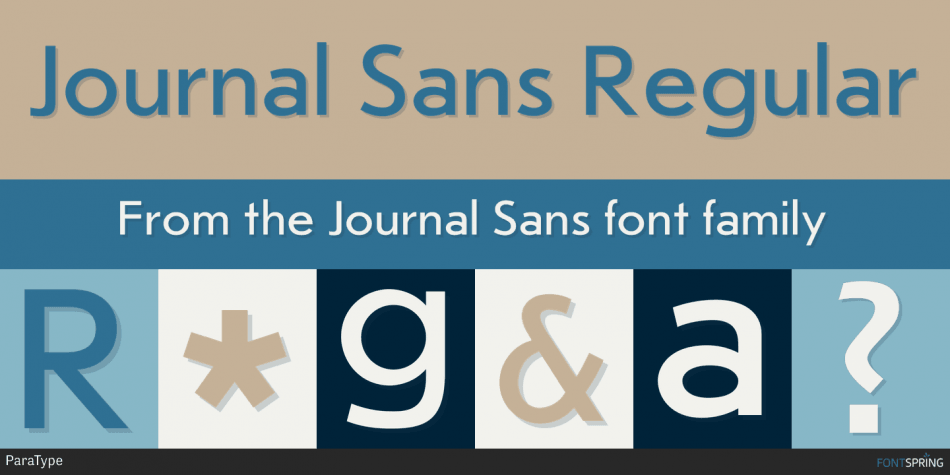 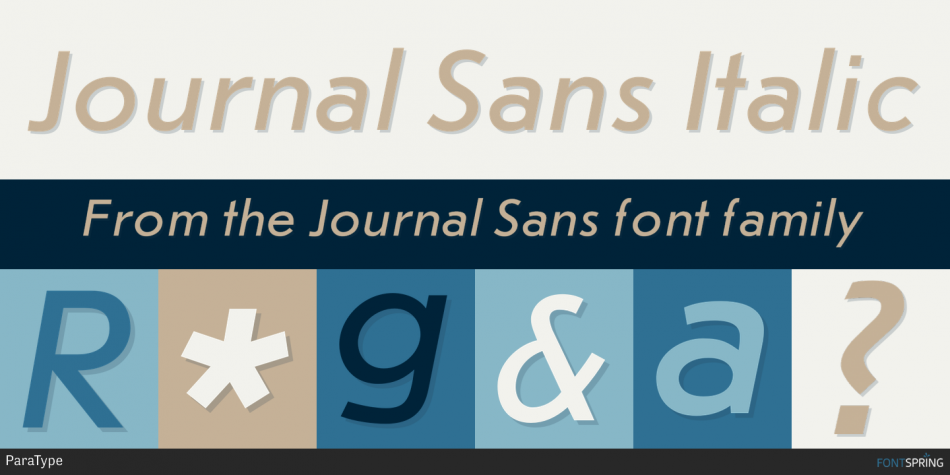 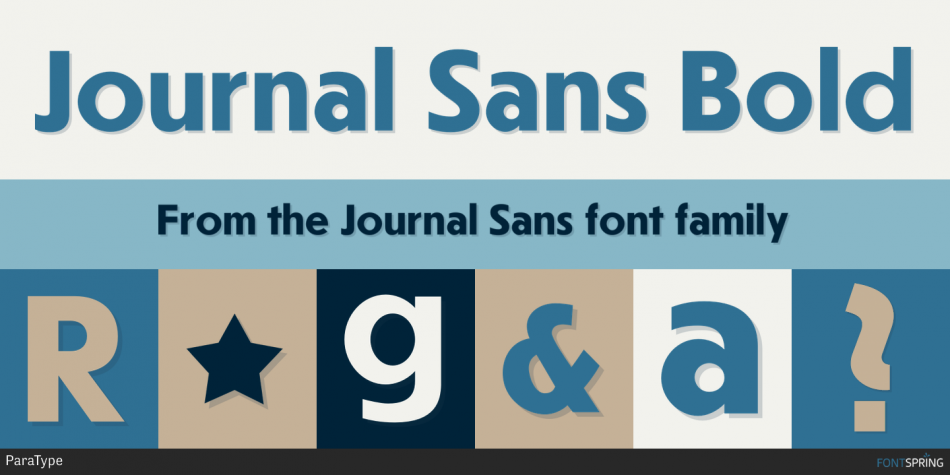 Designed by Anatoly Shchukin, Journal Sans is a sans serif font family. This typeface has three styles and was published by ParaType.

The typeface was designed at the Polygraphmash type design bureau in 1940-56 (project headed by Anatoly Shchukin) based on Erbar-Grotesk typeface of Ludwig & Mayer company, 1929 by Jakob Erbar, and on Metro typeface of Mergenthaler Linotype, 1929 by William A. Dwiggins. A sans serif of geometric style. For use for text and display typography. In 2014 designer Olexiy Volochay made some corrections in original digital data and extended character set. The family was rereleased in ParaType in 2014. 30