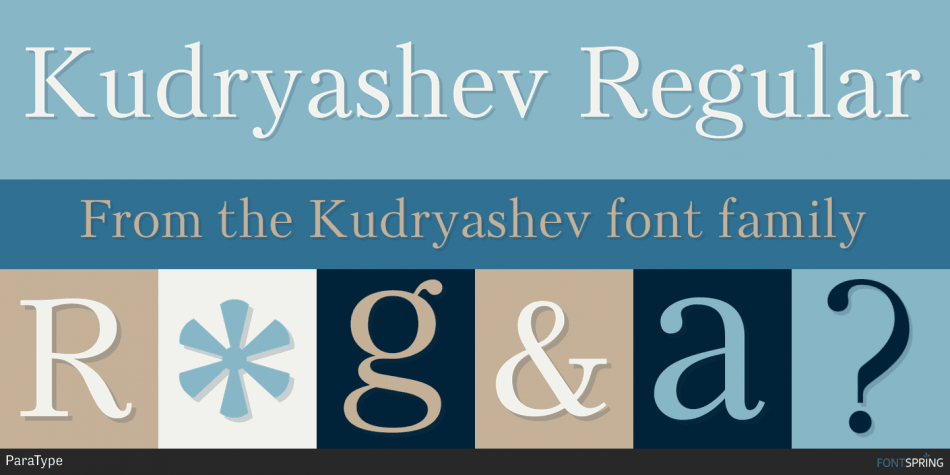 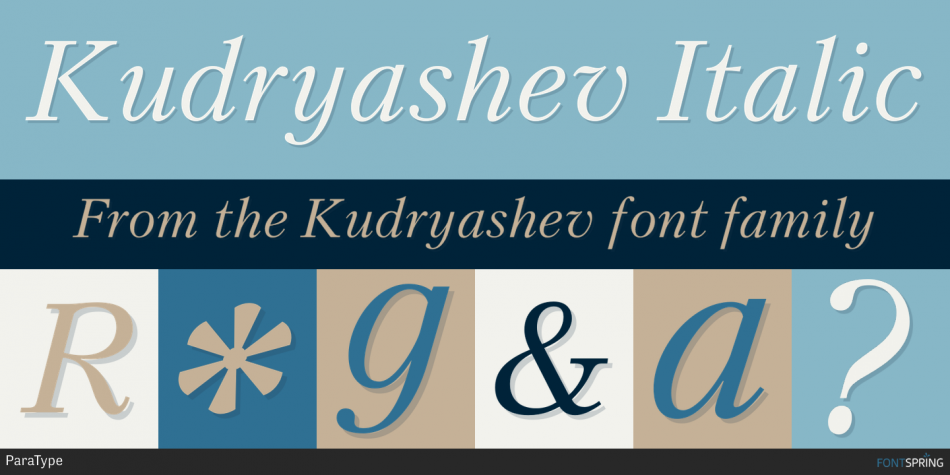 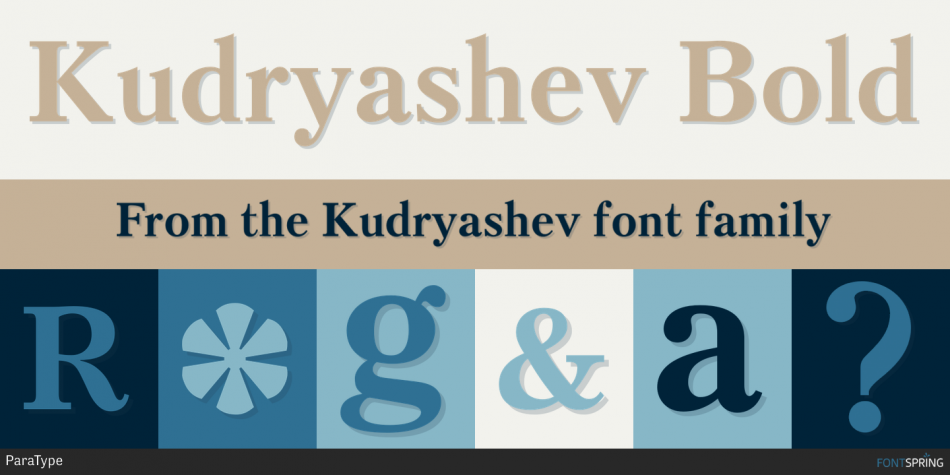 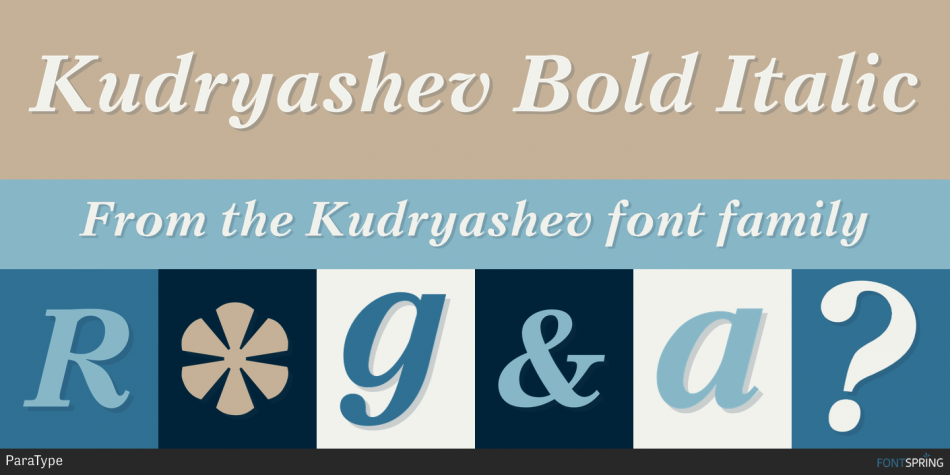 Designed by Natalia Vasilyeva, Kudryashev is a serif font family. This typeface has four styles and was published by ParaType.

The typeface (formerly known as Kudryashevskaya Entsiklopedicheskaya) was designed in 1960-1974 by Nikolay Kudryashev and Zinaida Maslennikova at Polygraphmash type design bureau for the Bol’shaya Sovetskaya Entsiklopedia (the Large Soviet Encyclopaedia) publishing house.  New improved digital design and extention of character set was done by Natalia Vasilyeva and released by ParaType in 2008