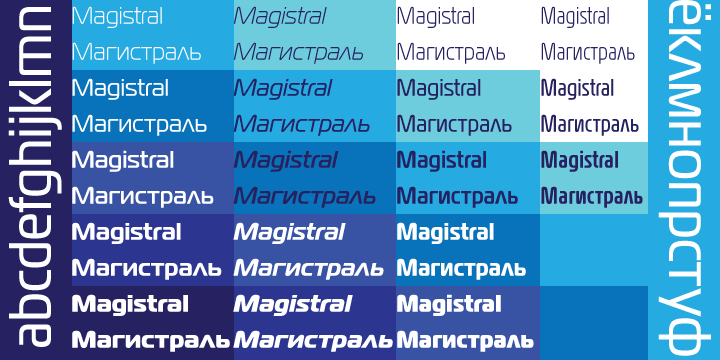 Designed by Dmitry Kirsanov, Magistral is a sans serif font family. This typeface has eighteen styles and was published by ParaType.

The first three weights of the family were designed at ParaType (ParaGraph) in 1997 by Dmitry Kirsanov. They were based on the artworks of Moscow graphic designer Andrey Kryukov (1923-1997). The original version was developed by Kryukov in the end of sixties for Russian railways. The proportions and elements of construction were inspired by Eurostile (1962) by Aldo Novarese. It is intended for use in advertising and display typography. In 2009, Dmitry added the new styles, corrected the old ones, and enhanced them with extended character sets.