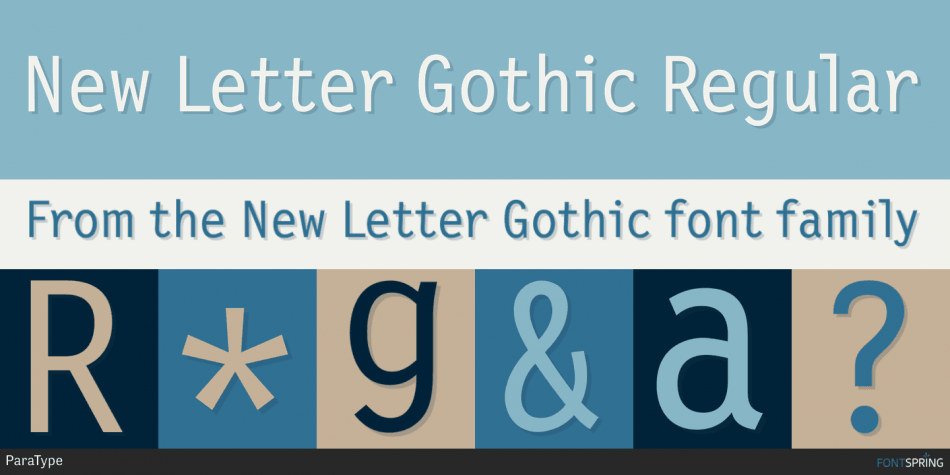 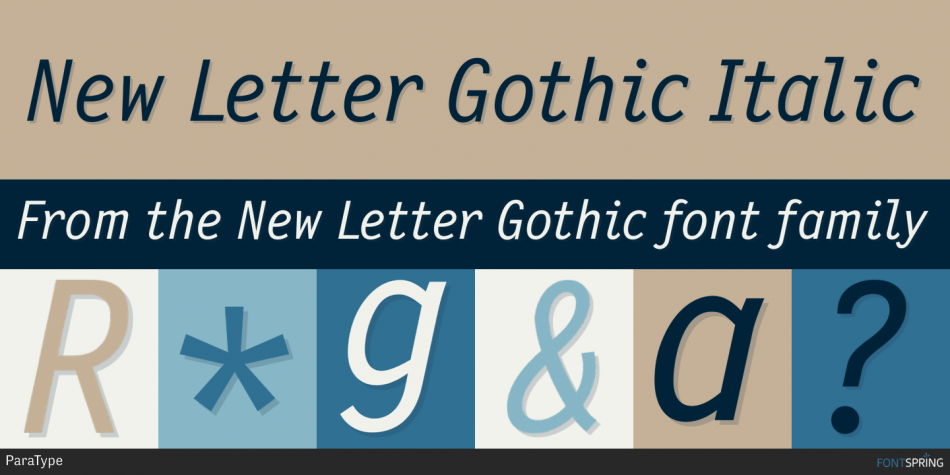 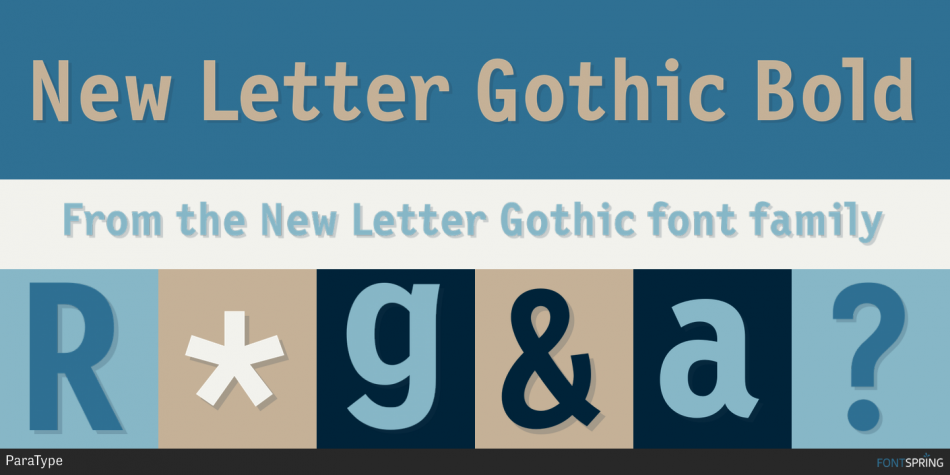 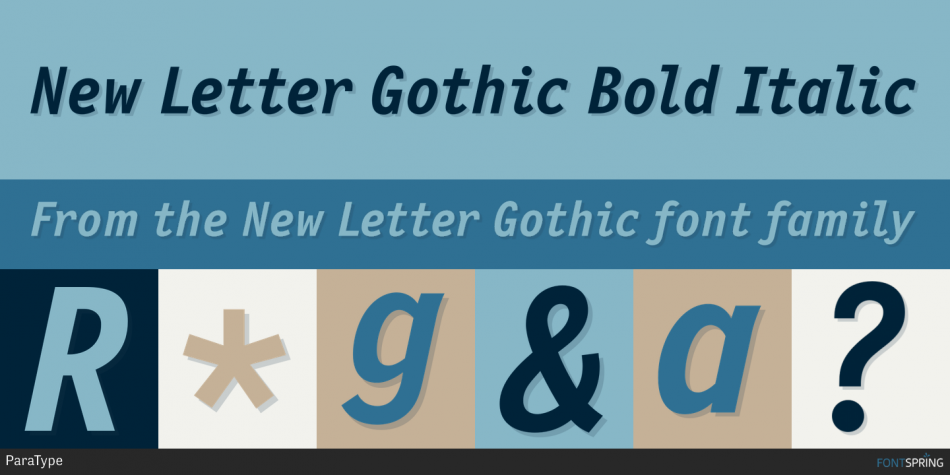 Designed by Gayaneh Bagdasaryan, New Letter Gothic is a sans serif font family. This typeface has four styles and was published by ParaType.

New Letter Gothic was designed for ParaType in 2000 by Gayaneh Bagdasaryan based on monospaced Letter Gothic font by Roger Robertson, 1956-62. Due to clear and easy-to-read lettershapes of Letter Gothic the font is rather popular now for display and advertising matters. The idea was to create a font similar to Letter Gothic in letter shapes but with proportional widths of letters. For use in both display and text setting. New Letter Gothic has been adjudged an Award for Excellence in Type Design at Kyrillitsa’99 International Type Design competition in Moscow, 1999.