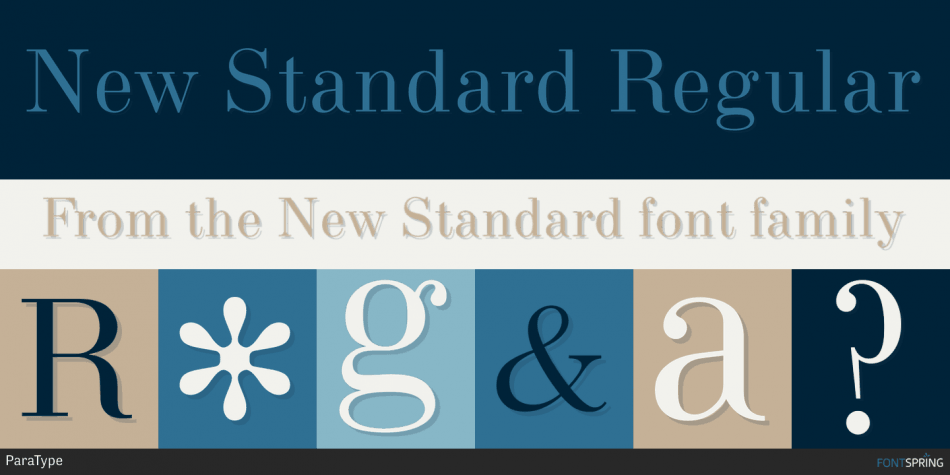 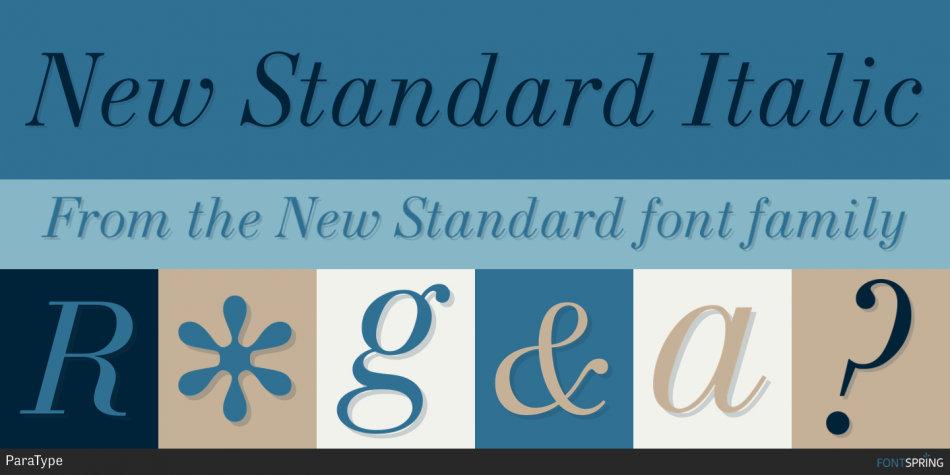 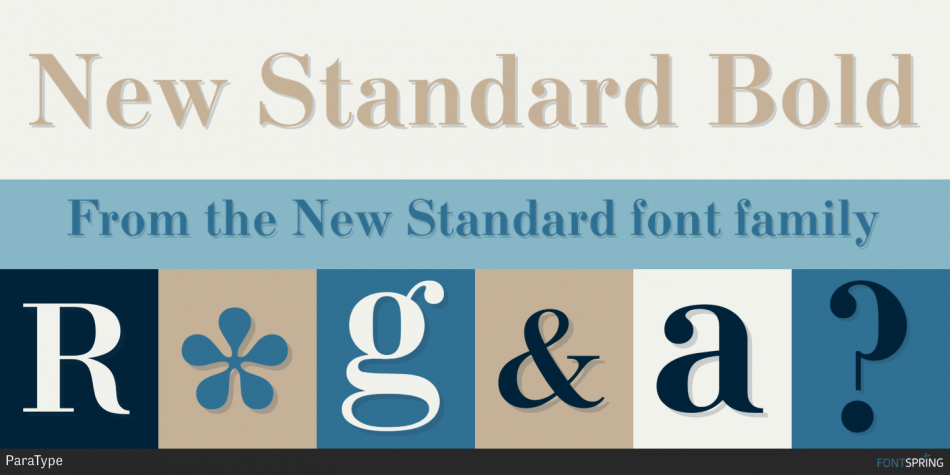 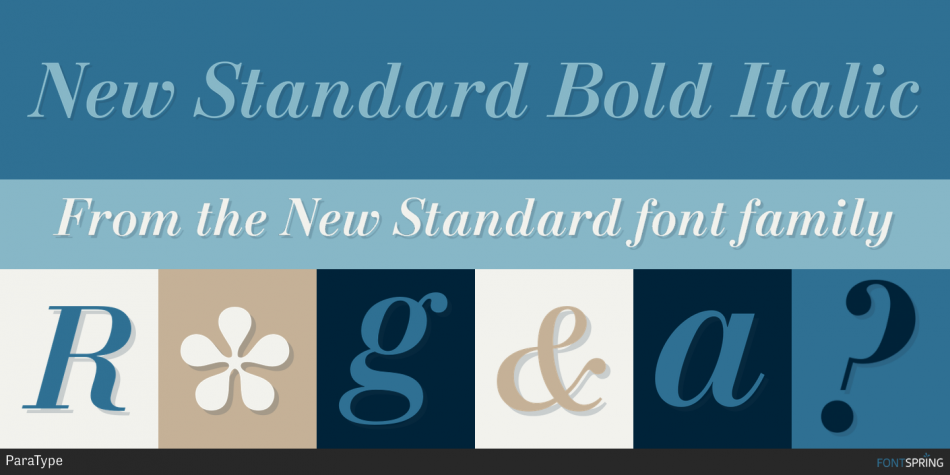 Designed by Vladimir Yefimov, New Standard is a serif font family. This typeface has four styles and was published by ParaType.

Designed at Polygraphmash type design bureau circa 1940 (project manager Anatoly Shchukin). Based on text typefaces of the late 19th and early 20th centuries of Obyknovennaya (‘Common’) group. The digital version was developed at ParaType (ParaGraph) in 1996 by Vladimir Yefimov. Initially designed for a collection of works by Lenin, this typeface was widely used in Soviet Union for technical and scientific books, both for text and display.