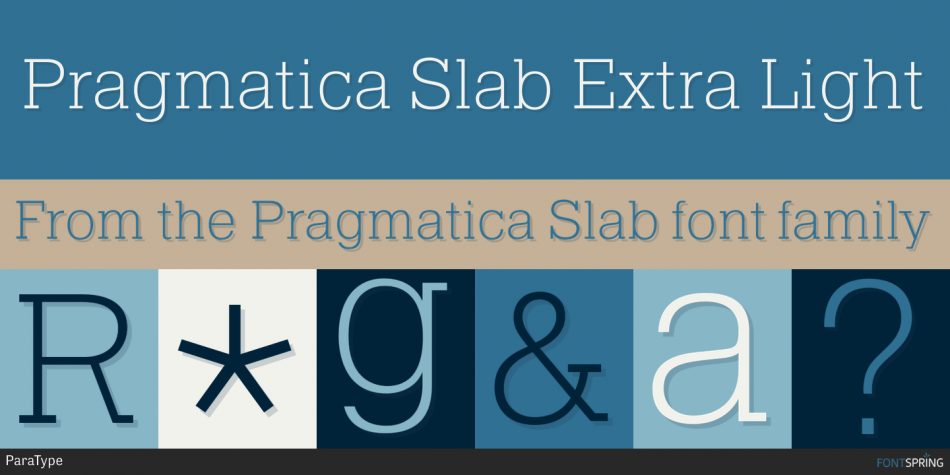 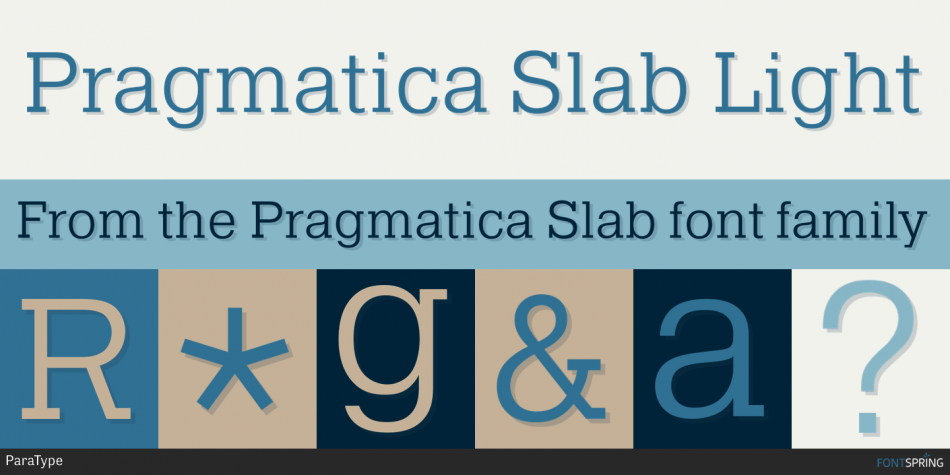 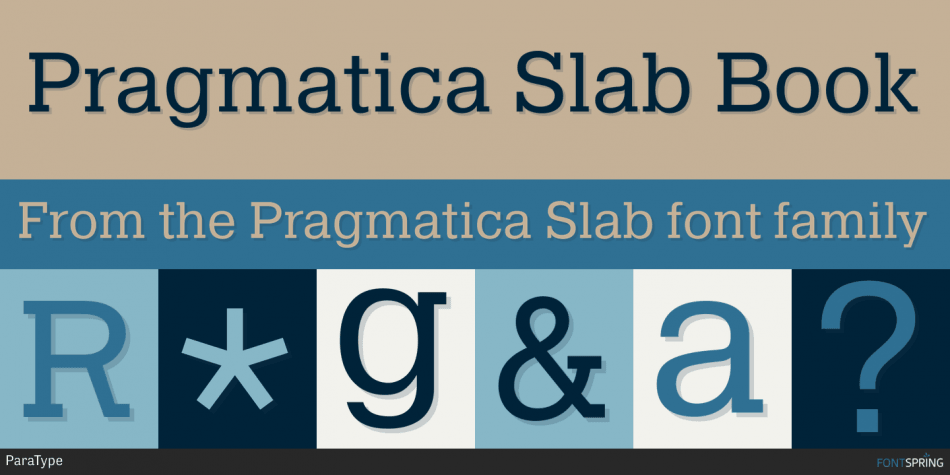 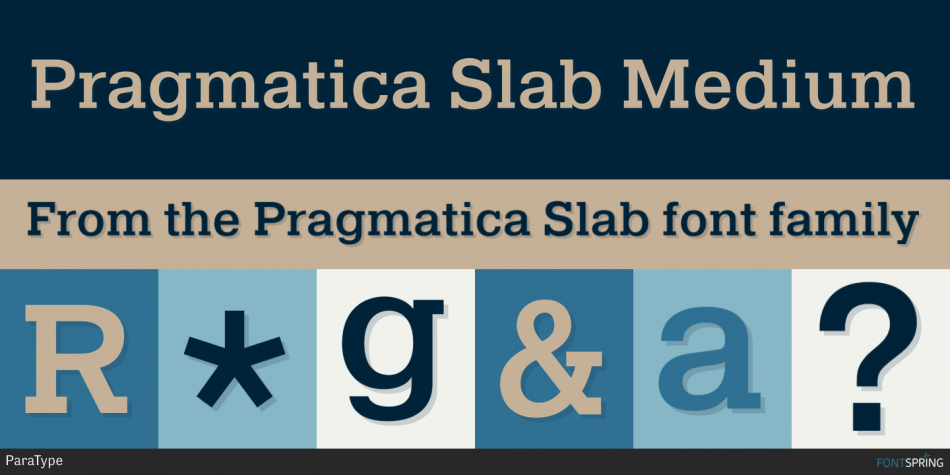 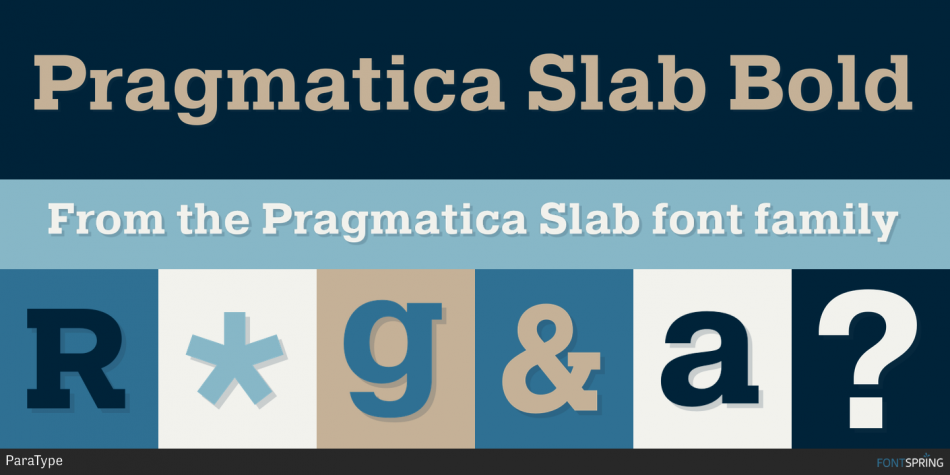 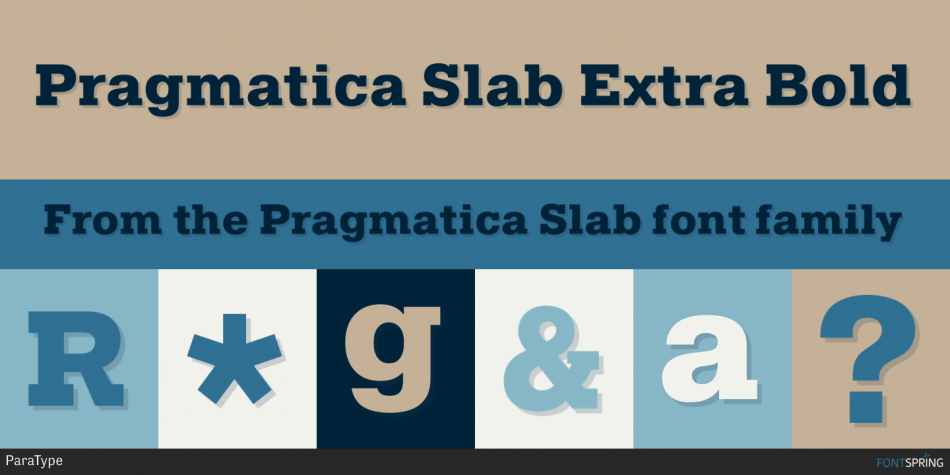 Designed by Olga Umpeleva and Vladimir Yefimov, Pragmatica Slab is a slab serif font family. This typeface has six styles and was published by ParaType.

Inspired by Helserif (Phil Martin, 1978) which was formed in the same way by addition of square serifs to Helvetica (Eduard Hoffman and Max Miedinger, 1957). First sketches of Pragmatica Slabserif were created by Vladimir Yefimov in 1988 during development of Pragmatica. Olga Umpeleva designed the whole slabserif type family of six weights basing on those sketches. All styles of Pragmatica Slabserif coordinate with corresponding Pragmatica styles on metrics, proportions, weights and design. The new family can be used together with Pragmatica and separately.
It’s convenient for technical texts, for magazines of general nature, for business applications as well as for advertising and display matter.