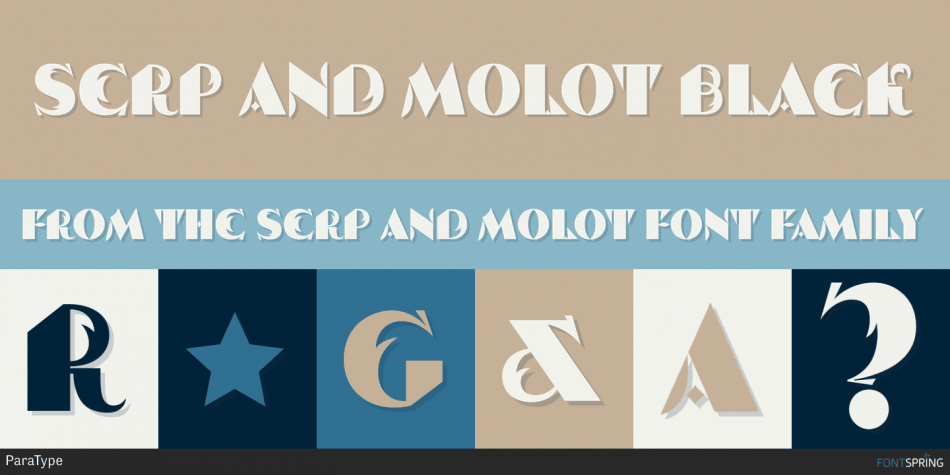 Designed by Tagir Safayev, Serp And Molot is a display font published by ParaType.

Serp and Molot was designed for ParaType in 2003 by Tagir Safayev. The typeface was inspired by some of the Cyrillic letterforms of Sergey Chekhonin (1878-1936). Chekhonin belonged to the World of Art group, which is closely associated with the flowering of Russian book and theater design at the beginning of the 20th century.

It is best suited for use in advertising and display typography. Serp & Molot has been adjugded Award of Excellence in Type Design of ‘bukva:raz!’ ATypI International Type Design Competition, 2001.